MIDI using Edirol USB and MIDI Keyboard on the X1000

Today I wanted to take a quick look at playing back MIDI music on real MIDI hardware on the X1000.

For those who don't know what MIDI is, this wikipedia entry will help get you up to speed!

Back in the early 1990's I used to use a MIDI Yamaha PSS-51 keyboard connected to a MIDI device using the parallel port of my Amiga 2000. I then used a MIDI sequencer called Sequencer One, a free program on an Amiga Format coverdisk. It worked really well and I enjoyed playing with it to make songs and playback midi songs using my Amiga!

Fast forward to 2010, and I bought a Edirol UM-1X USB MIDI device for my Macbook Pro to connect my original Yamaha PSS-51 Midi keyboard to a modern day sequencer called Reason 4 (now I use Reason 5). 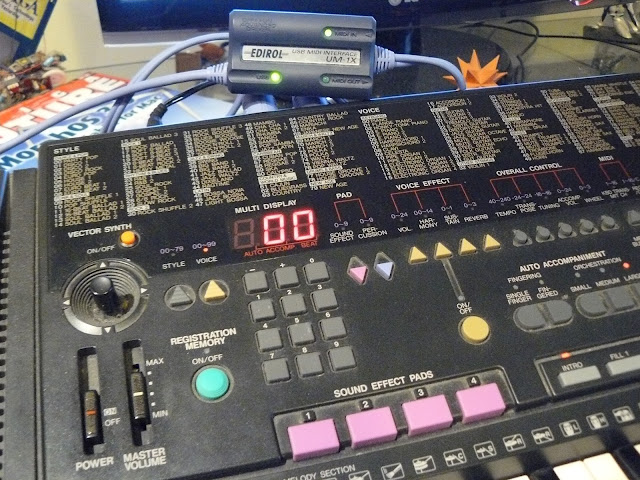 With the recent purchase of the AmigaOne X1000, it got me thinking about whether I could set up the X1000 to use the UM-1X USB MIDI device and keyboard with a AmigaOS4 MIDI sequencer.


It turns out I could, as shown below! 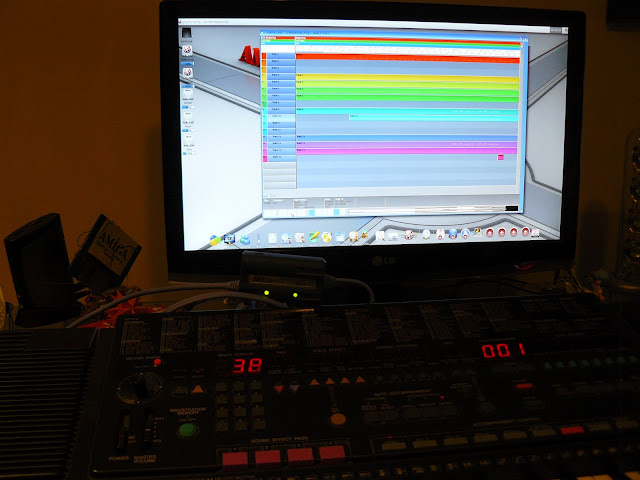 To do this set up I needed to download some files from OS4Depot. They are:

CamD.lha, USBMidi.lha should be extracted to RAM, as they both have an installer, as shown below:

These two installers are very simple and self explanatory - they work correctly without issues on the X1000.

The other files should be extracted where you want them - I chose sys:utilities/ to keep everything together. I put the CamDTools and CamDPlay in the same place to keep it neat.


There is a switch on the USB Edirol UM-1X MIDI device to disable the Advanced Driver. This needs to be disabled for the device to be recognised on the X1000.

When I connected the Edirol USB device to the X1000 it was picked up automatically with the correct name and can now be used!

Initially I used CAMDPlay and MidiActive utilities in the CamdTools folder. CamDPlay plays back MIDI files via the USB MIDI device to the MIDI keyboard. MidiActive shows what is being output to the MIDI device in real time. I used this tool to confirm the output was working as expected.


So my first test was playing back Axel-F via CamDPlay and it worked perfectly, as shown below (click to expand): 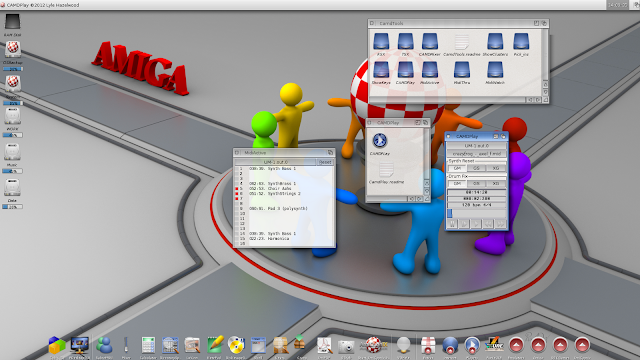 Having proven that it worked well, I moved on to extract the HornyOS4 Midi Sequencer archives. As mentioned earlier make sure that you have the two archives installed to the same place to see the icons correctly in the GUI. When I ran HornyOS4 I was quite surprised - it is very nice and modern and it reminds me a bit of Apple's Garageband software for the Mac. I have imported an Axel-F MIDI song into HornyOS4 as shown below (click to expand): 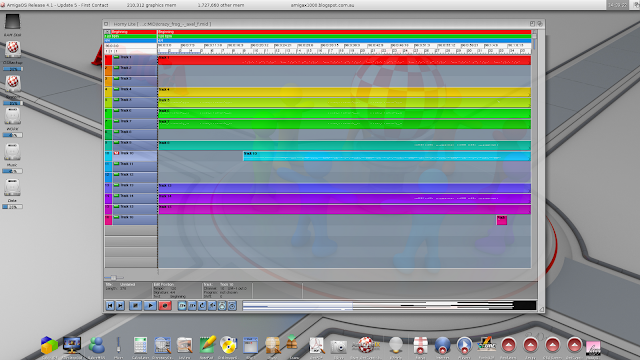 It occured to me while writing this that demonstrating MIDI playback on the X1000 with screenshots only is pretty pointless so I have taken a video of the playback using my X1000 running the HornyOS4 MIDI sequencer so you can watch it and hear it for yourself here!

I used a Panasonic Camera's video function for this recording so the audio quality is not as good as it could be if I had a line in, but hopefully you get the idea!

I was very pleased to have my Edirol USB and Yamaha MIDI keyboard setup working on the AmigaOne X1000 and look forward to playing around with it some more in the future - I know there are other AmigaOS MIDI sequencers to try out too!