Sad to say today I lost my X1000 trying to get a Radeon R9 270X working on it with the new Warp3D and Radeon HD drivers. 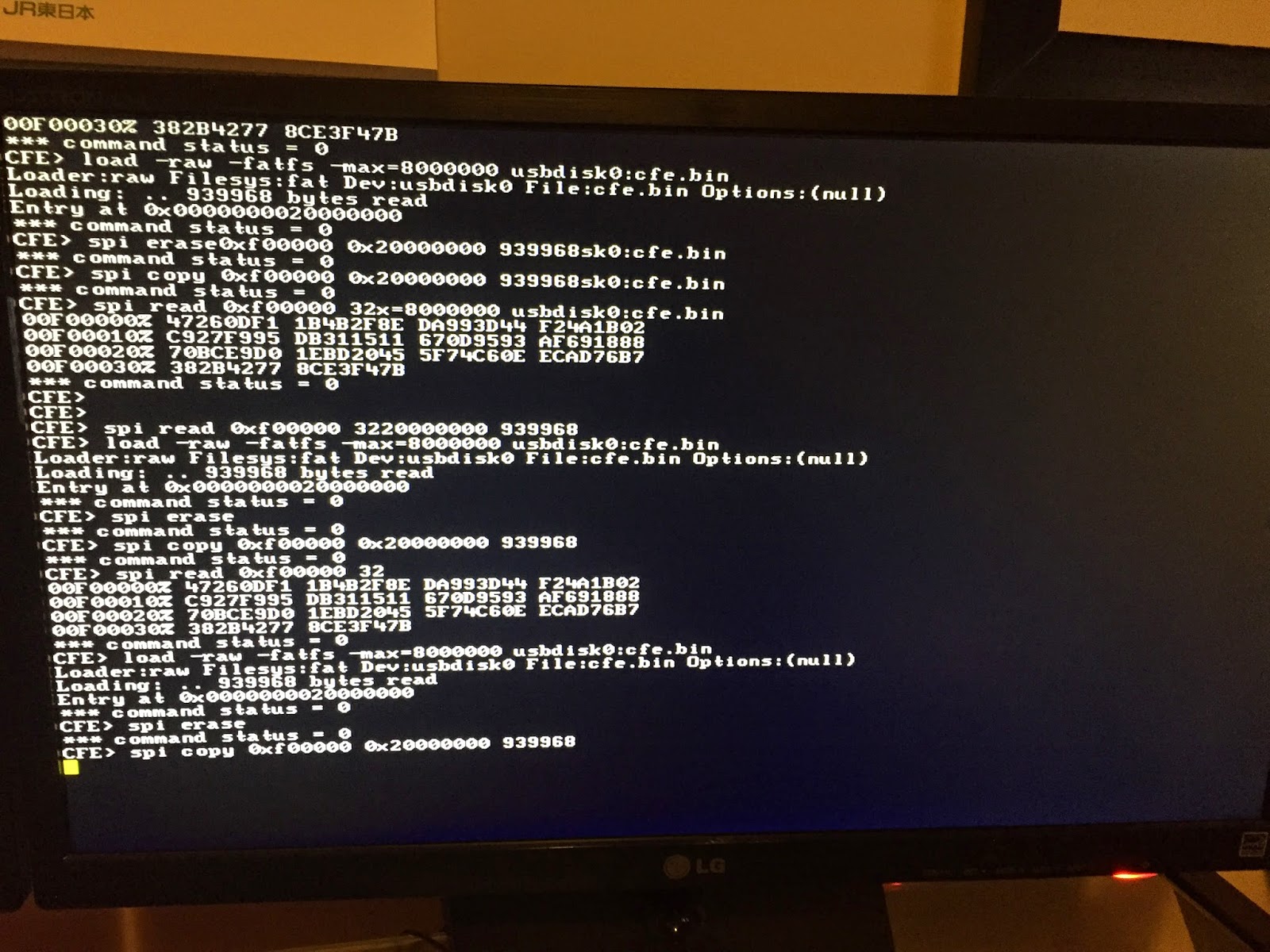 To save typing I covered my issues on the Hyperion support forum here:

After updating the CFE bios (shown in the photo above) the X1000 is now totally bricked. I followed the instructions from A-eon to  flash the CFE to the letter (I have done it before) but the rom signature didn't match - I tried redoing the process 10 times with the same result. Then the power dropped out.

I then set the rescue jumper for CFE, but it doesn't let me boot the X1000 into backup CFE to fix the normal mode CFE for some reason. The system is now completely non-functional.

I feel completely stupid for trying steps I knew I didn't need to do - the CFE was the latest version anyway in my opinion, but was suggested that the CFE might have been bug fixed to fix a problem preventing the R9 270x from working under AmigaOS4.1 FE.

Can't begin to express my unhappiness and frustration with the last 24 hours.

Thanks to the good folks in IRC and Hans for their suggestions and input.

I know plenty of people have got their setups working well with the new drivers and cards too - I think I have just been very unlucky here.

Assuming it can be fixed by A-eon/AmigaKit it means sending it to the UK at my expense to be repaired at unknown cost and probably won't see it again for months. My motivation is very low right now.

So very sad. Some time away is needed methinks.