I am excited to say I received my Amiga CD32 today in the post! 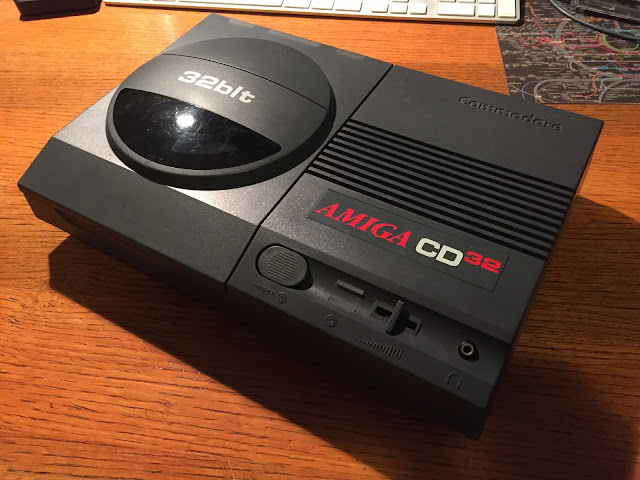 This machine needs no introduction to fans of the Amiga - this was Commodore's last ditch effort to save itself from bankruptcy. As history taught us, it was not successful...

Having said that, the Amiga CD32 was an interesting machine, and a worthy successor to the CDTV system. It had on 68020 processor, AGA support and a new Akiko chip. Essentially an Amiga 1200 with a CD drive and a Akiko chip!

I used to have an Amiga CD32 in the mid 2000's and collected plenty of original CD32 games for it while people were keen to get rid of them and before they got expensive.

However the Amiga CD32 suddenly stopped working in 2012 (refused to power on) and so I had to shelve all my CD32 stuff and wait for another working system to come up.

Unfortunately most of the CD32's for sale are NTSC ones, which are no use to me here in Australia as the games are all PAL.

Patience is a virtue, and finally in 2016 I could secure a PAL Amiga CD32 from an Australian selling theirs on Ebay for a reasonable price too.

It arrived today and as you will see, it is in excellent condition: 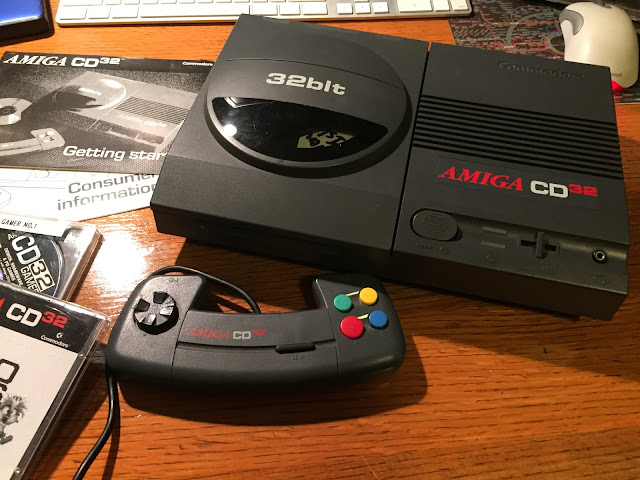 It included the original Getting Started and Consumer information manuals, and a couple of CD32 Gamer and the Oscar/Digger CD that came with the original CD32 bundle when it was released. 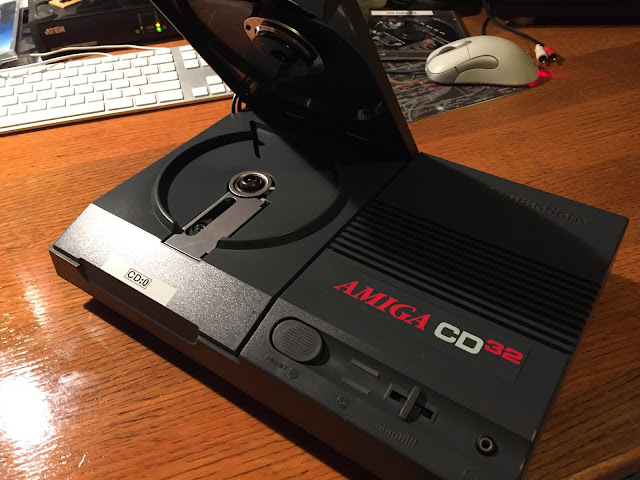 The previous owner also had an SX-1 expansion but had already sold it before I got a chance to secure it - shame about that!

Here is a view of the rear of the CD32, showing the AV out, S-Video out and RF modulator ports. 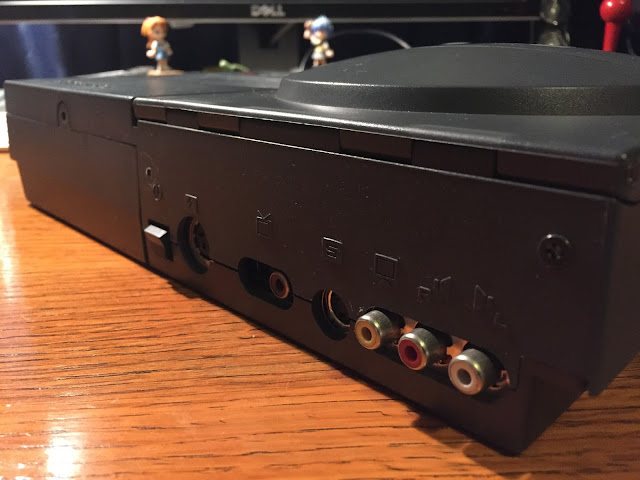 On the left side is the 2 joystick ports and an AUX port for a keyboard... 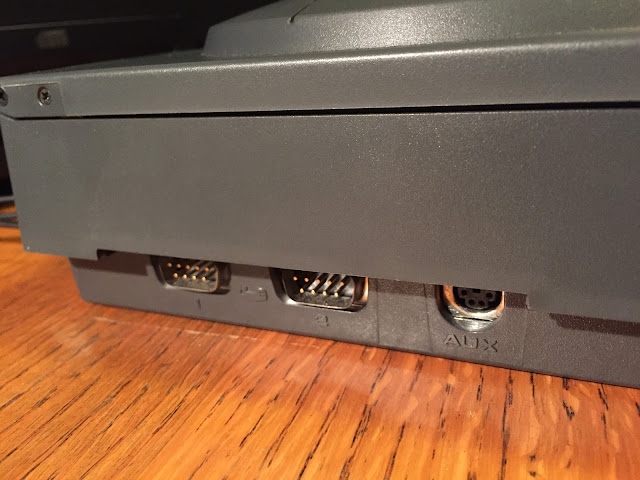 The power supply is a neat and tidy unit, although I am not sure it is is the original one or not. From memory the original was grey coloured. 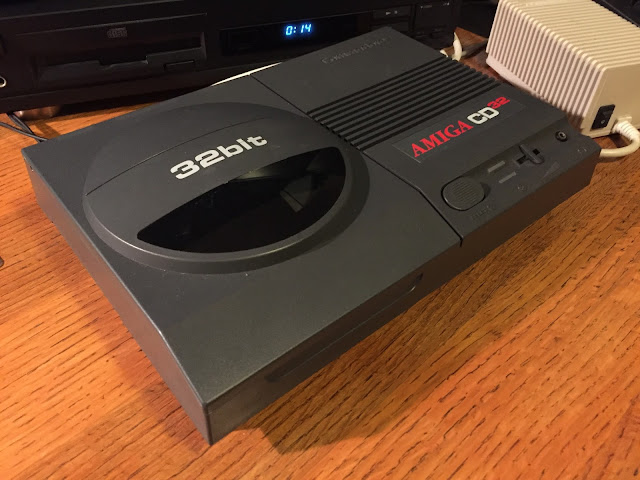 I connected it up to the AV to HDMI converter to enjoy the CD32 in 1080p on my TFT screen, and it works great out of the box: 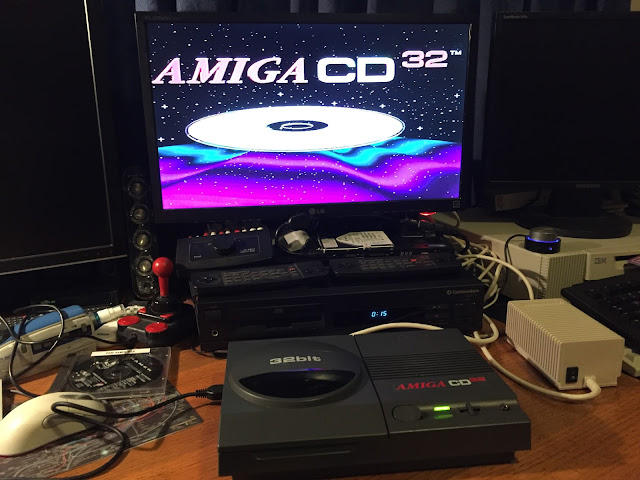 Always keen to get the music cranking, I put a Audio CD to listen to on the CD32, which allows me to show the Audio CD player interface, which is similar to the CDTV one, with a few small changes: 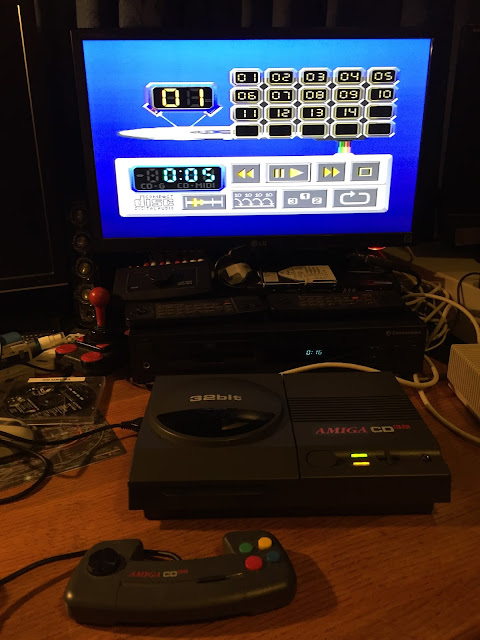 Personally I prefer the CDTV audio player better myself...

As I mentioned, I collected a reasonable amount of CD32 titles back in the 2000's, and I got out a small selection of them to try out on the CD32 - after 4 years I can finally use them again: 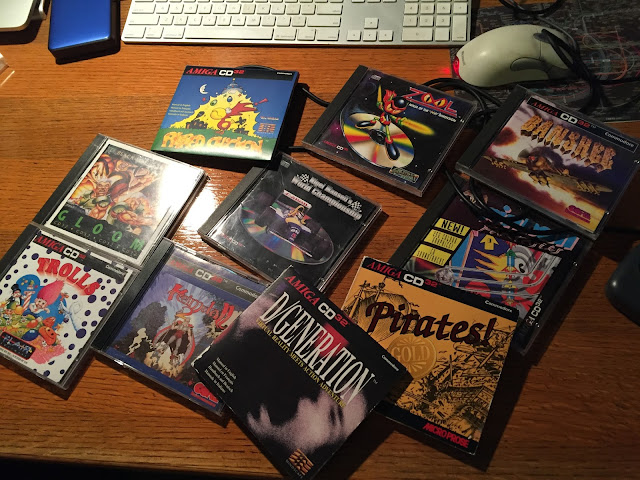 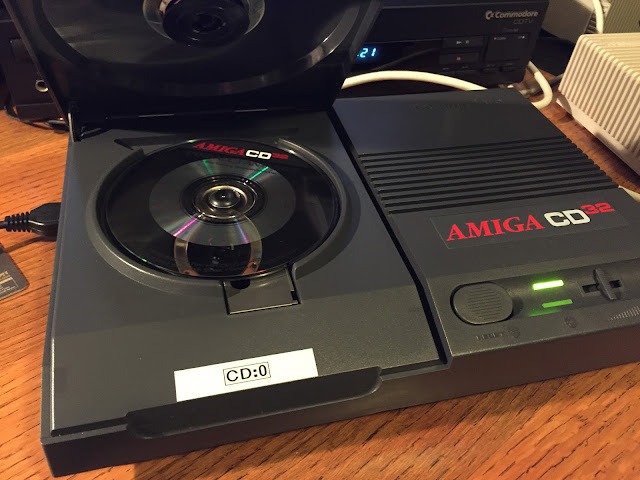 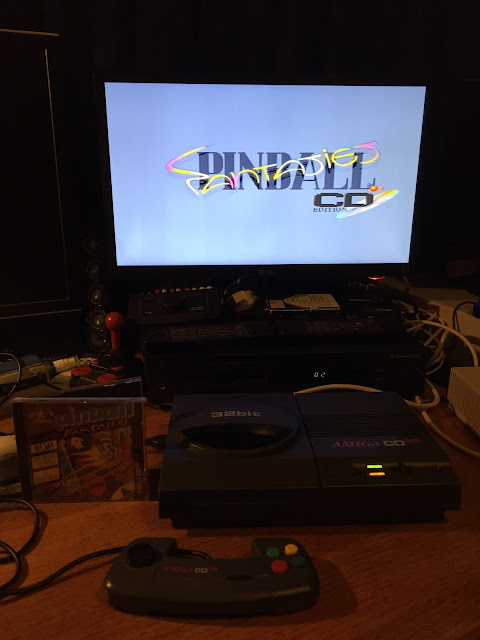 I also tried out Banshee, which is a fun vertical shoot-em-up: 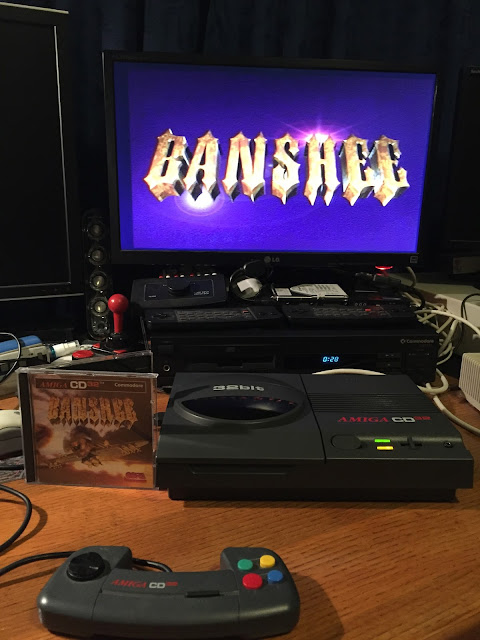 To finish up (it is a work night after all), I had a quick go at Zool CD32 version, which looks amazing with a full 256 colours compared to the ECS version.. 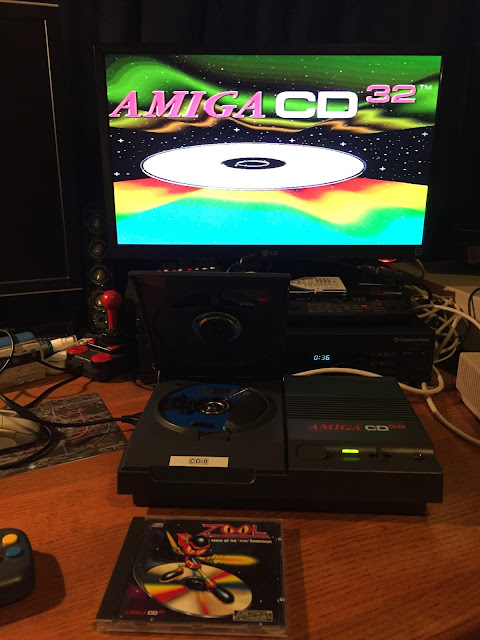 I will be playing with this machine more over the coming weeks and months, but for now I am glad to have a working Amiga CD32 again!