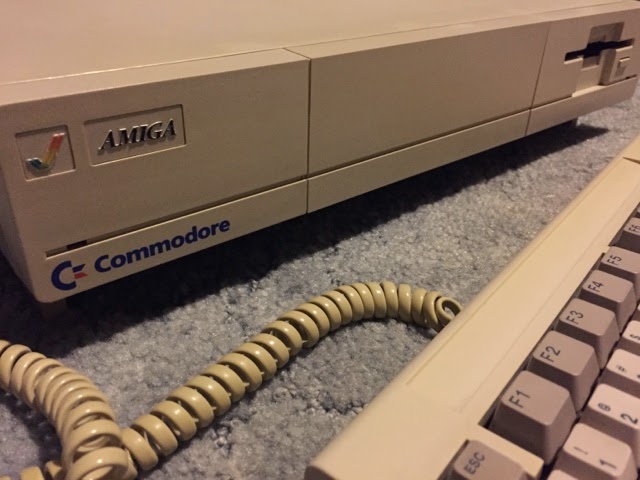 Ever since I attended the local Adelaide Amiga Meeting in January this year, I wanted to get an Amiga 1000 again. I used to have one until about 10 years ago, when I sold it (along with a lot of other Amiga and various retro computer stuff) to fund my purchase of an Amiga 4000T (which I still have!).

This particular Amiga 1000 came up on Ebay recently, and it was a fair price so I got it. It is a bit yellowed on the keyboard especially, but fully functional - all the keys work: 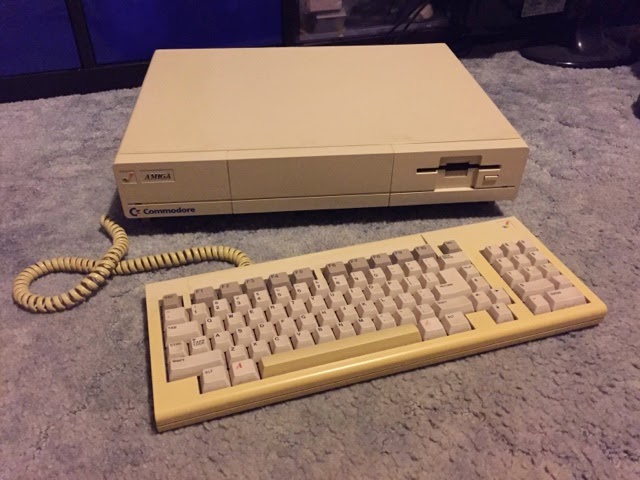 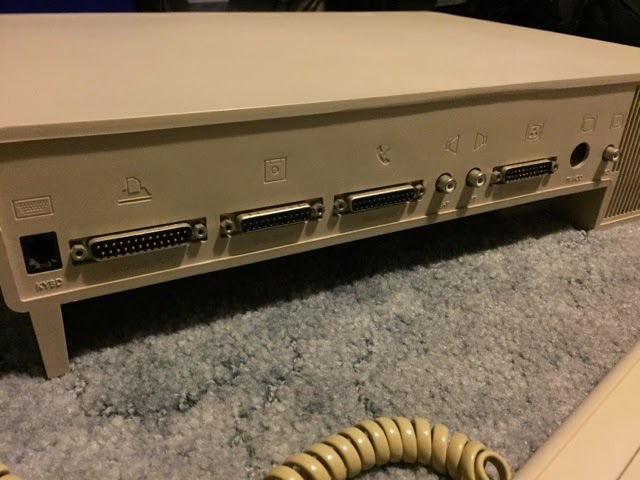 The Amiga 1000 was made in Japan, unlike most of the Amiga models that followed (with the exception of the CDTV which was also made in Japan): 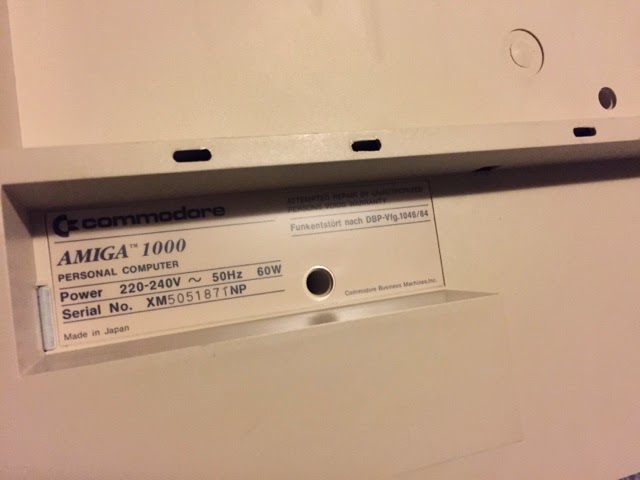 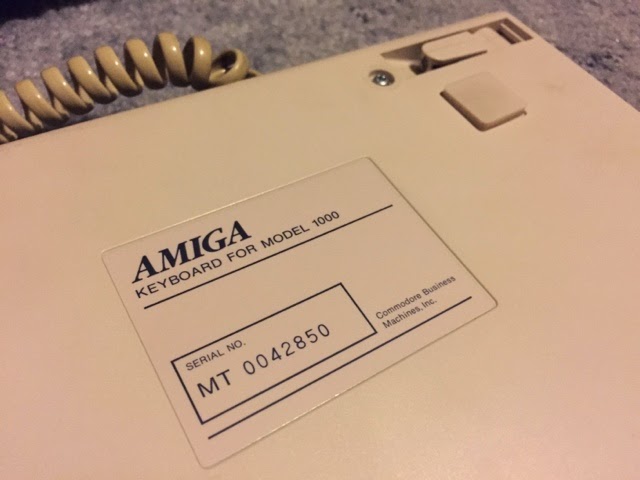 By default the Amiga 1000 comes with just 256k of memory! The memory expansion slot on the front of the Amiga 1000 allows an additional 256k expansion to be installed to being the total to 512k memory. As you can see, this Amiga 1000 has this expansion installed: 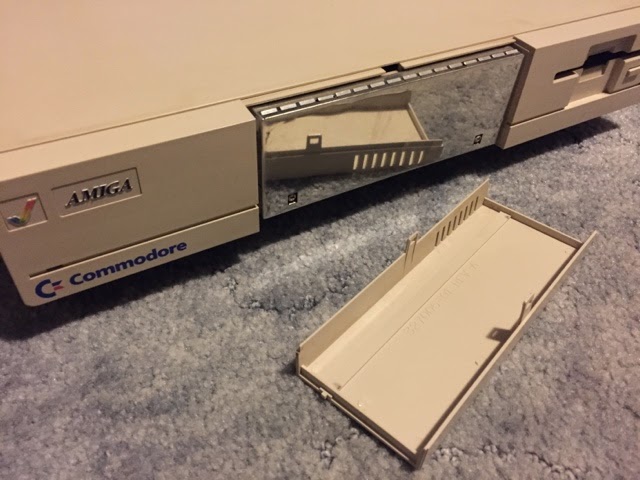 I connected it all up to make sure it works (with a RGB to SVGA Scan doubler attached externally), and sure enough, I soon got the Kickstart Disk prompt: 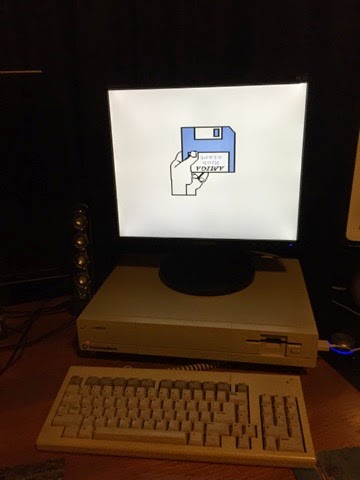 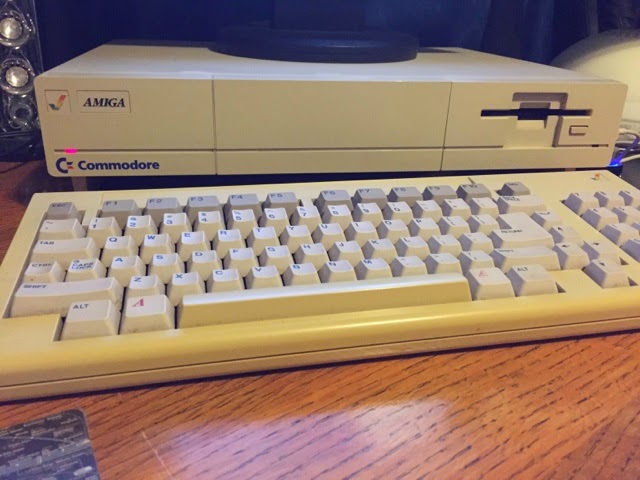 The person I bought this from said that the Kickstart and Workbench disks worked fine, but none of the game disks worked. The reason for the game issue became clear to me when I noted that the only kickstart disk included was a v1.1 kickstart! 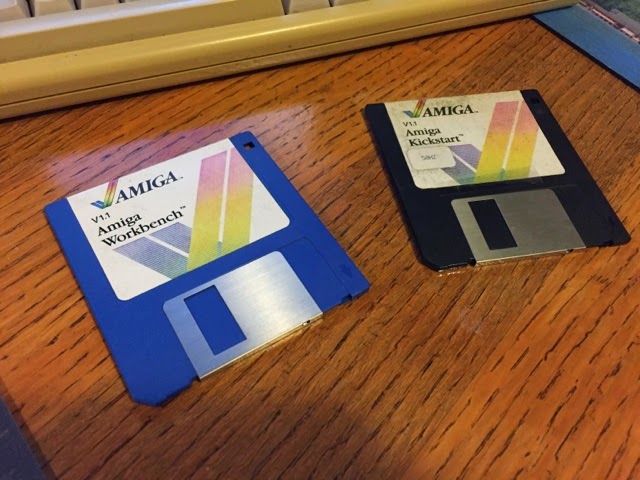 Most games needed v1.2 kickstart minimum to work properly, which explains why the seller couldn't boot the game disks he sold with it. I will sort this out a bit further down this blog entry.

Unlike all other Amigas, the Amiga 1000 does not have a kickstart ROM included on the motherboard. Instead, the kickstart is loaded from disk on each power on. There were Kickstart disks for v1.1, v1.2 and v1.3, with a few rare and older variants as well.

For now, the v1.1 Kickstart disk included does boot fine on the Amiga 1000, and soon I got the familiar Workbench disk prompt: 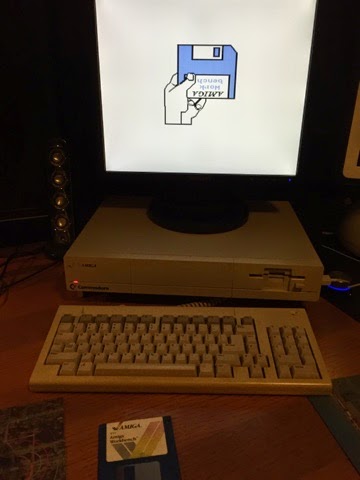 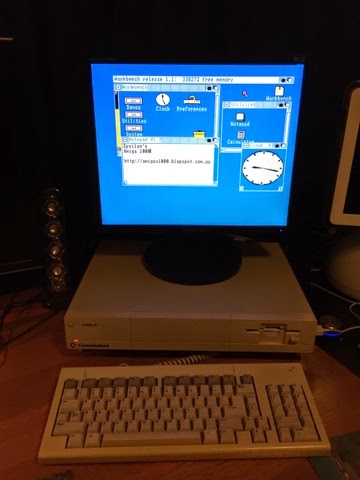 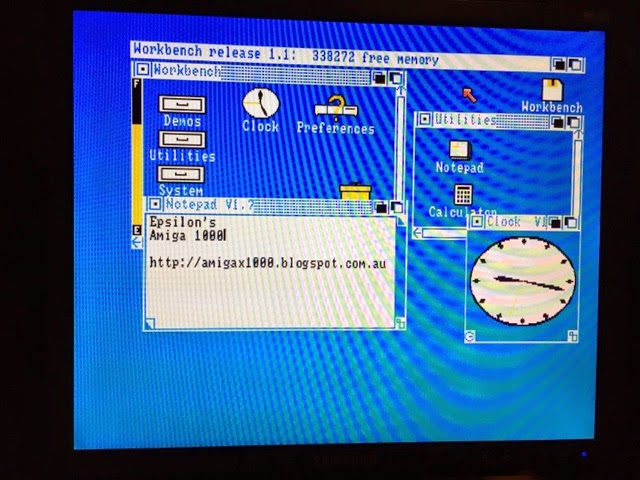 Having determined the Amiga 1000 worked, the next priority was to make a v1.3 Kickstart disk. When I sold my Amiga 1000 ten years ago, I included all the Kickstart disks with it since I assumed I wouldn't need them anymore. Heh, feeling stupid now.

So now I needed to create a new kickstart disk. Fortunately there is an easy way to do this via a program called WriteKickDisk (available on AmiNet here). This needs a Classic Amiga and does not work on the X1000 (I did try it though).

Using my Amiga 4000T, I then ran WriteKickDisk to transfer a Kickstart 1.3 ROM file (copied from my A2000 using a program called GrabKick) to a floppy disk: 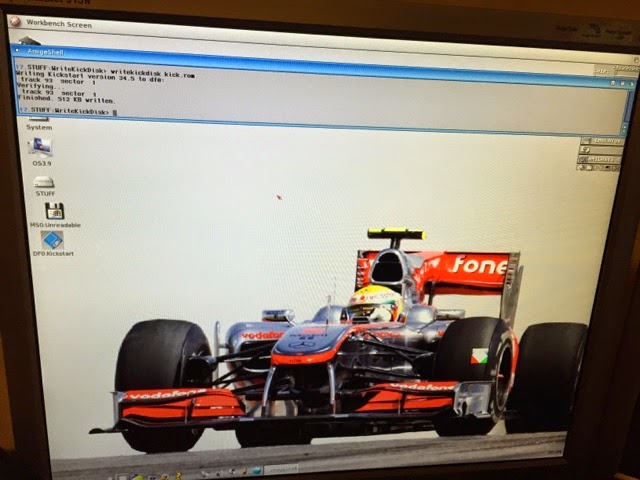 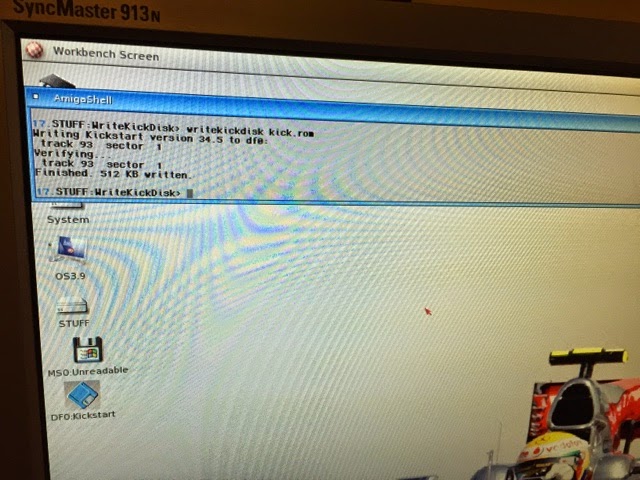 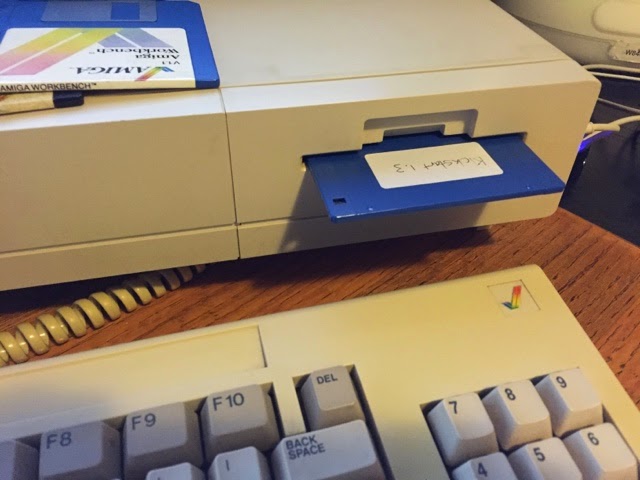 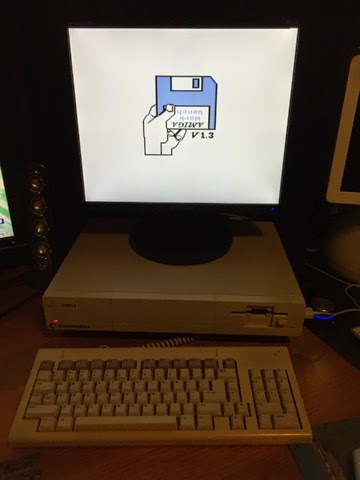 Now I can load up the various game disks included with the Amiga 1000 which the previous owner couldn't get to work - Ghouls N Ghosts is shown below - works fine now: 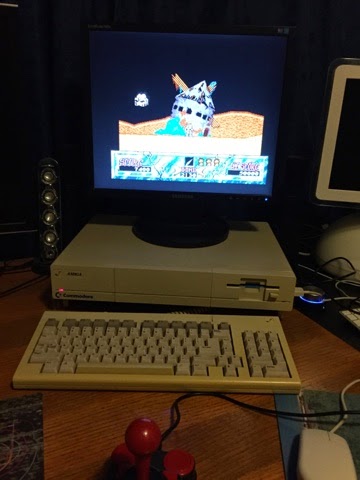 As most Classic Amiga fans would know, it is very desirable to have 1MB memory in an Amiga - 512k is a bit limiting and many games don't run on less than 1MB. 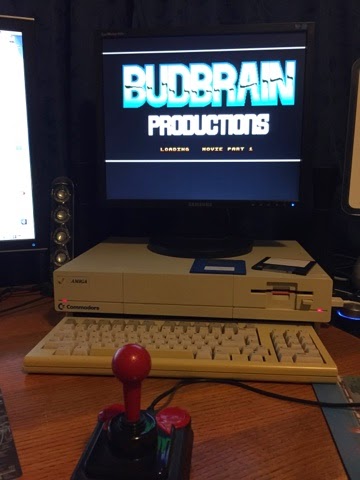 So expansion cards intended for the Amiga 500 can in theory be used in the Amiga 1000 by flipping them around - but there are many exceptions to this rule and physical restrictions depending on the expansion casing used!

I haven't received the 512k expansion module yet, and look forward to trying it out when it arrives! 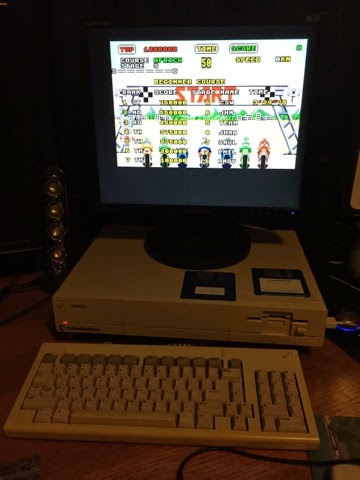 I am also keen to see if Individual Computers releases the promised ACA1000 expansion to allow A1200 accelerators and Hard disk CF cards on the Amiga 1000, like the ACA500 does for the Amiga 500. That would be awesome!

I will clean up the Amiga 1000, and then take a peek inside the case another time as well to see what version of the motherboard is inside this Amiga 1000.

Potentially this Amiga 1000 system is a good candidate for a Gotek or HxC USB/SD floppy controller in place of the normal floppy drive to load games on it, in the absence of a hard disk or other accelerators to run hard disk based games. It would also make booting the kickstart disk each power on much less tedious. I even may try this out next!