Today I went to run AmiUpdate (it has been a few months since I did this) and found 12 updates to install! Looks like the AmigaOS developers have been busy! 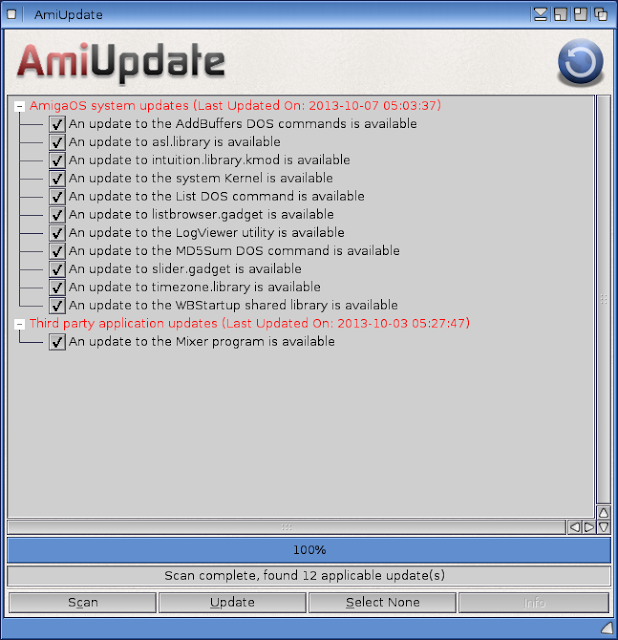 Normally I would just let the update run without paying too much attention, but given the number of updates I thought I would take a quick look at what was being updated in some of the updates.
Intuition.library: 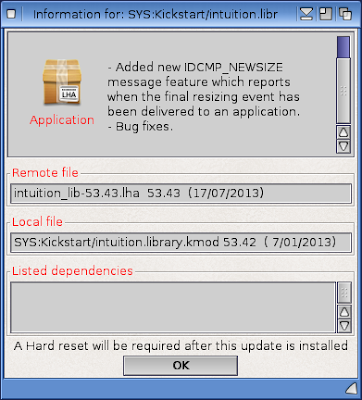 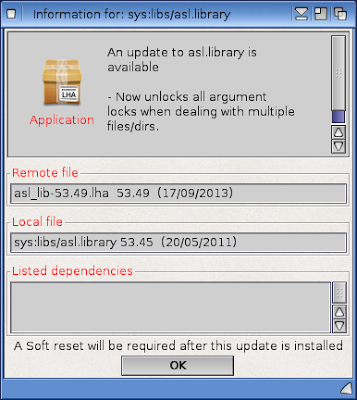 This looks like the first asl.library update in over 2 years... 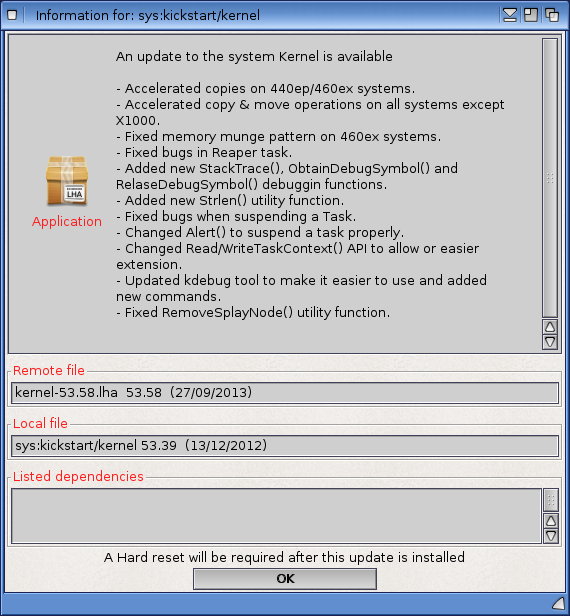 The kernel update (last update was 10 months via Update 6) is the most interesting, although most of the performance improvement updates look like they apply to AmigaOne Sam 460ex systems rather than the X1000. 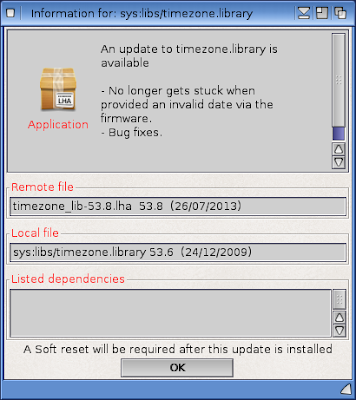 Looks like this fixes a bug when setting an incorrect date in the X1000 CFE or Sam firmware? Not sure if this applies to all AmigaOne firmware.. 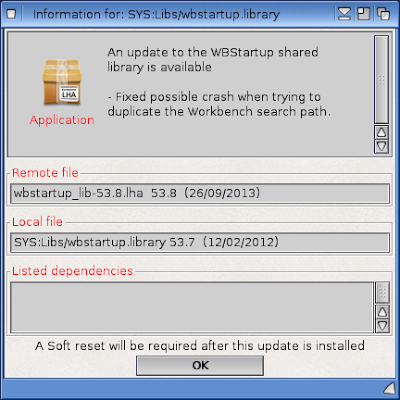 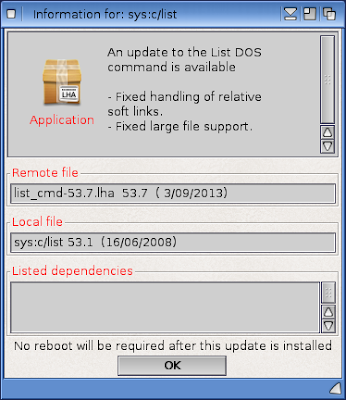 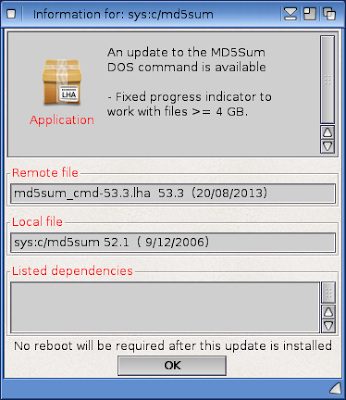 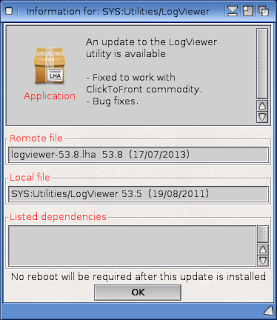 Fix for Log Viewer to work with ClickToFront functionality.

After installing all these and rebooting my X1000, I checked AmiUpdate again and two more OS updates appeared! 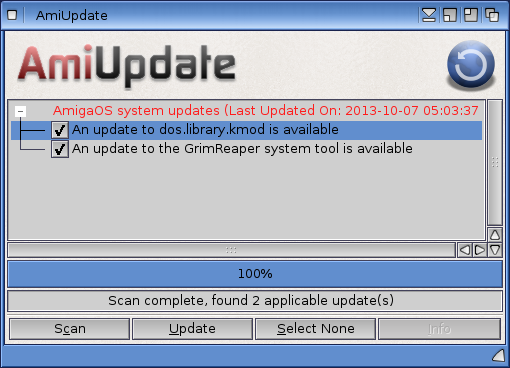 The details about these updates... 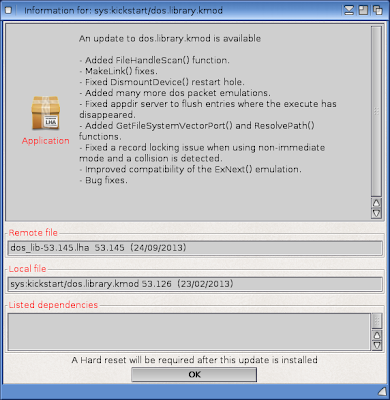 Lots of fixes here to dos.library... 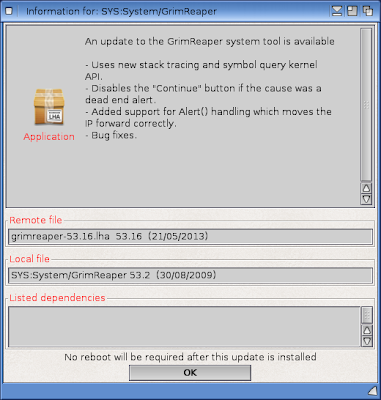 After another reboot I checked AmiUpdate and there was one more update for newlib.library - more bug fixes for that!

I realise these OS updates may not be all that exciting for everyone, but it shows that AmigaOS 4 developers are actively working to improve the system for AmigaOne X1000 and AmigaOS4 users generally, and this is a positive step forward - thanks guys for your efforts.

Of course I still look forward to AmigaOS 4.2, which I know is still in progress!

I also do hope there will be an onboard network driver for the X1000 soon, I can then remove the PCI network card and use it for something else!

In the meantime though I am grateful for the ongoing work to enhance the existing AmigaOS 4.1.6 operating system on my X1000!