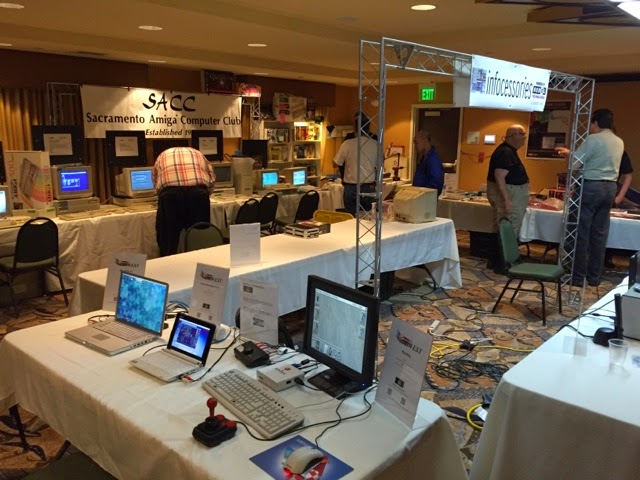 So many Amigas and plenty of interest in the systems I brought along, as well as some interesting announcements from Trevor and Steve Solie. 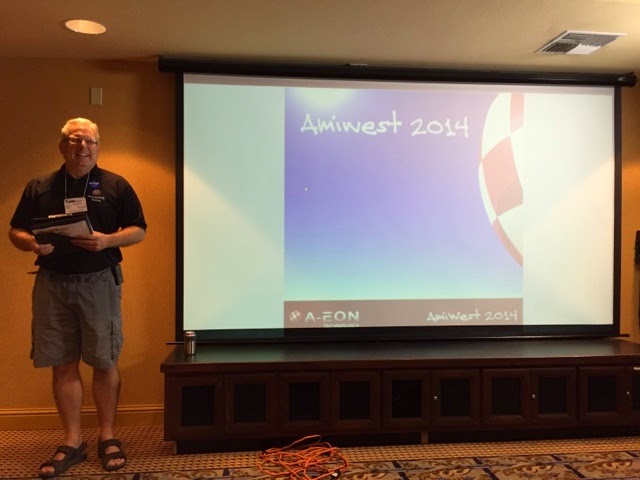 The announcement of AmigaOS 4.1 Final to be released by the end of this year as a paid upgrade.

Trevor introduced Amistore, radiance and showed the x5000 running Linux and AmigaOS4.1 - as always with the boing ball shoes and tie! 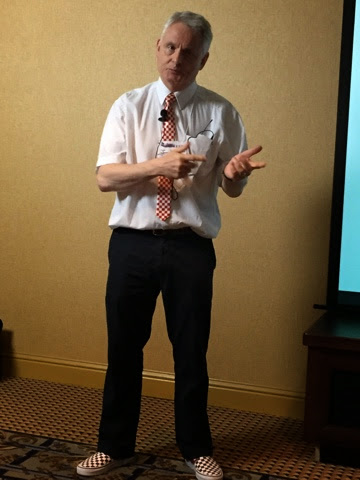 Talking about the Radiance suite: 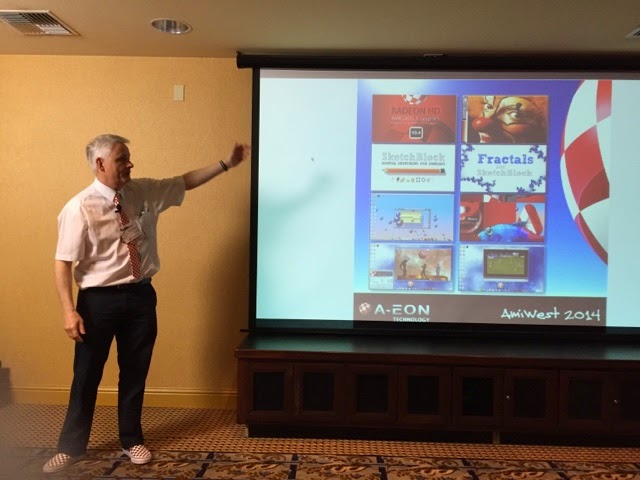 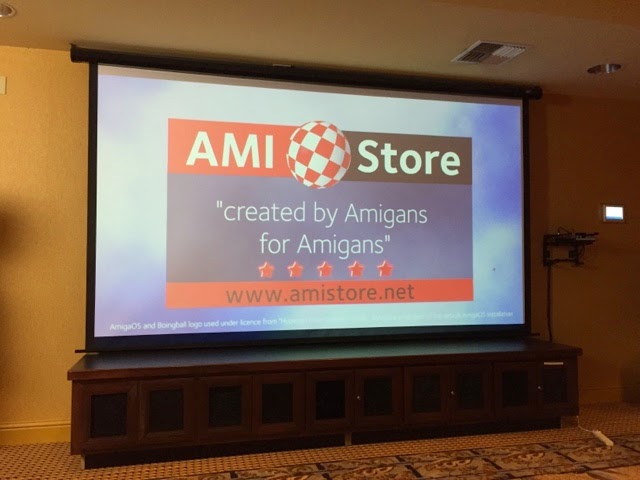 The acquisition of AmigaWorld.net by A-Eon was also mentioned, meaning that both amiga.org and amigaworld.net are both now owned by A-Eon.

The first commercial xorro expansion for the x1000 was also mentioned, due to go on sale in early 2015 a serial logger: 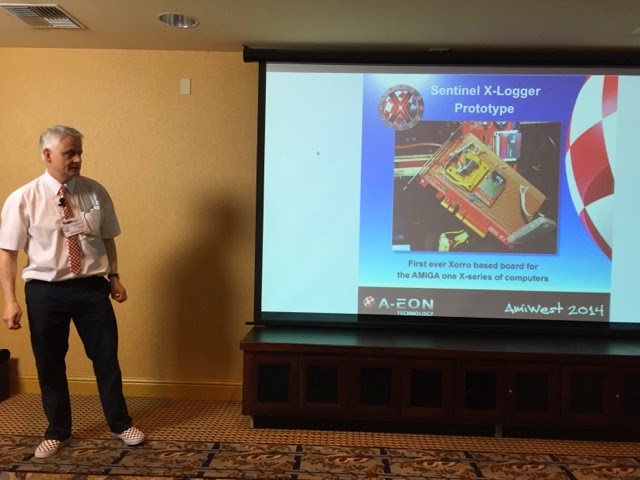 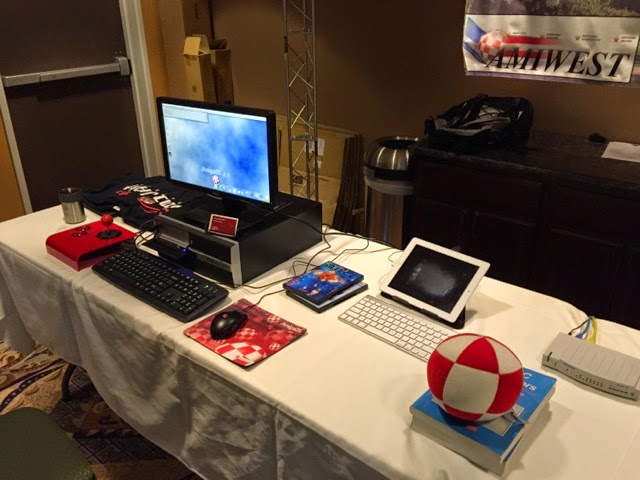 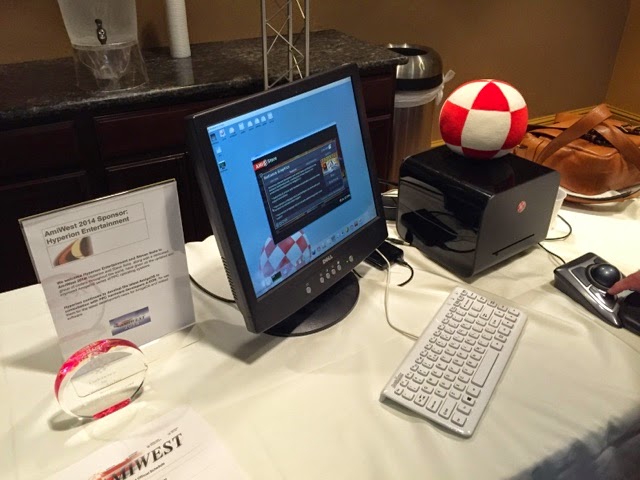 Another table running AmigaOS4.1 system with an a1200 next to it being setup: 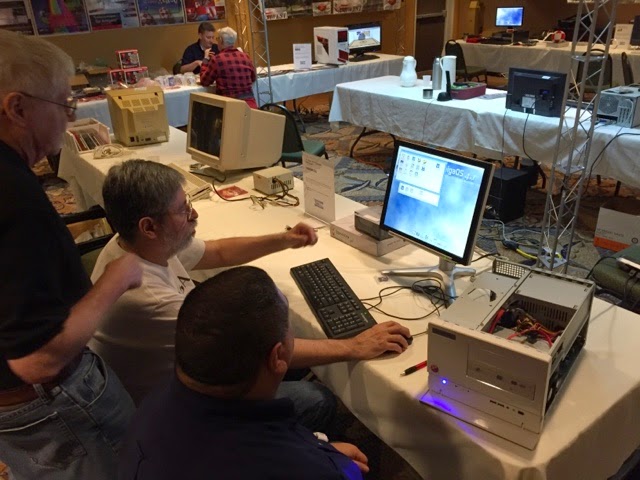 Andy (broad blues) did a good presentation of Radiance suite, covering each of the software included in it: 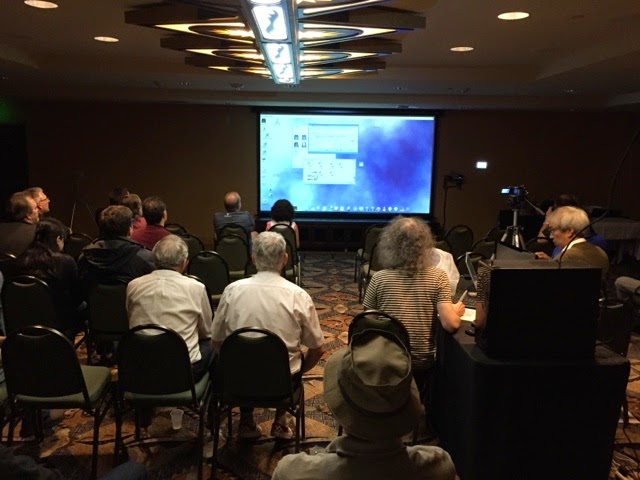 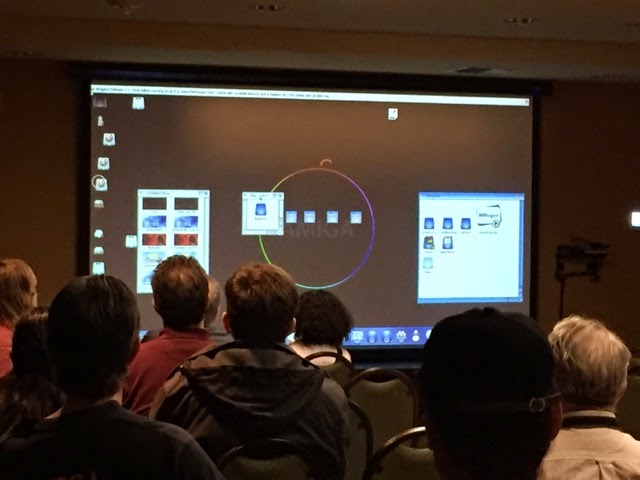 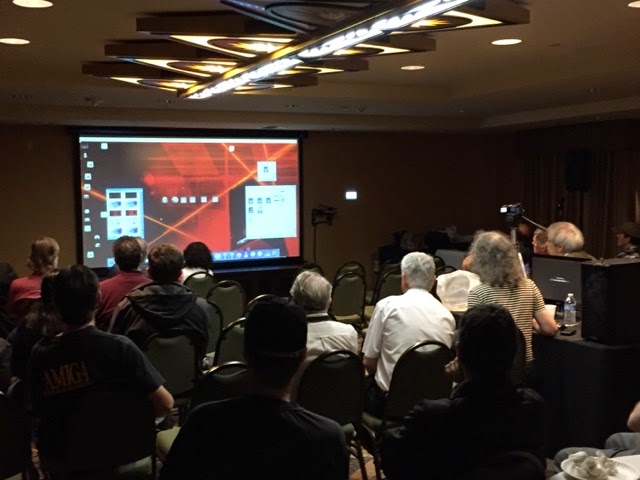 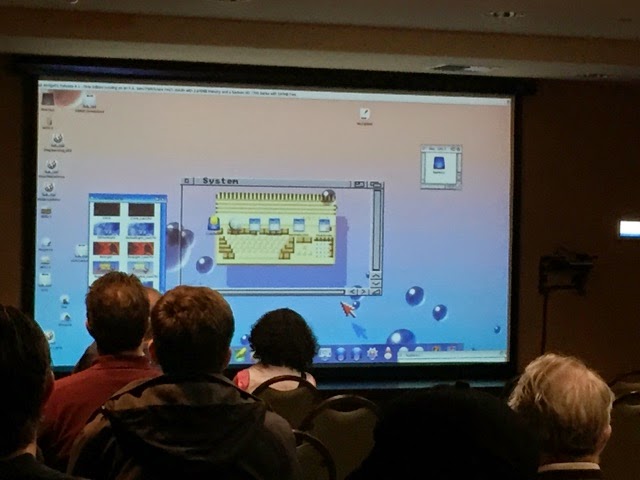 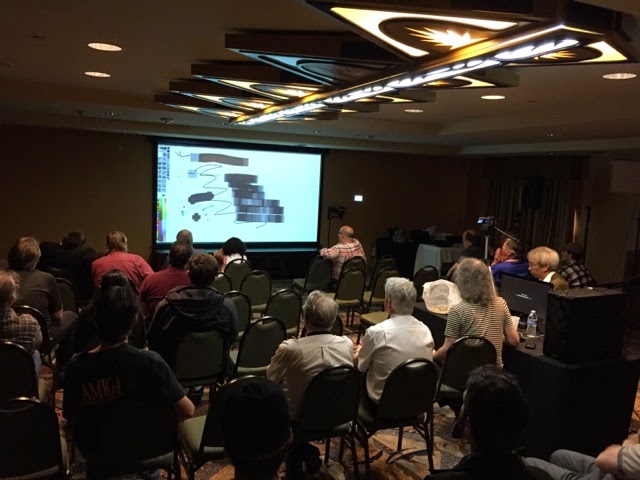 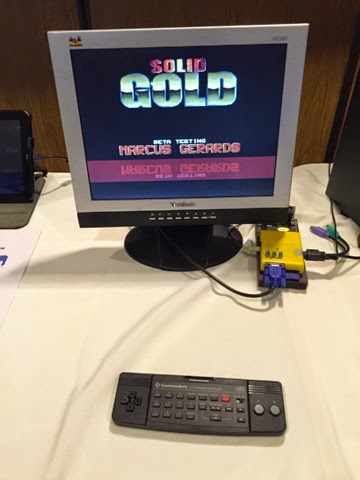 Robert was busy recording the seminar presentations as always: 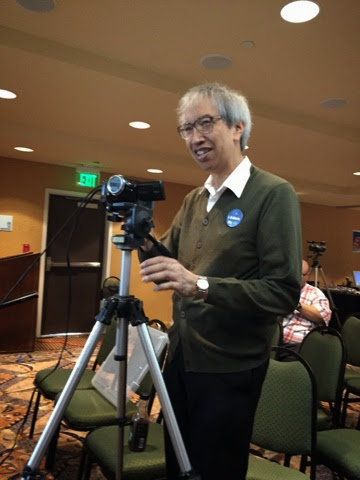 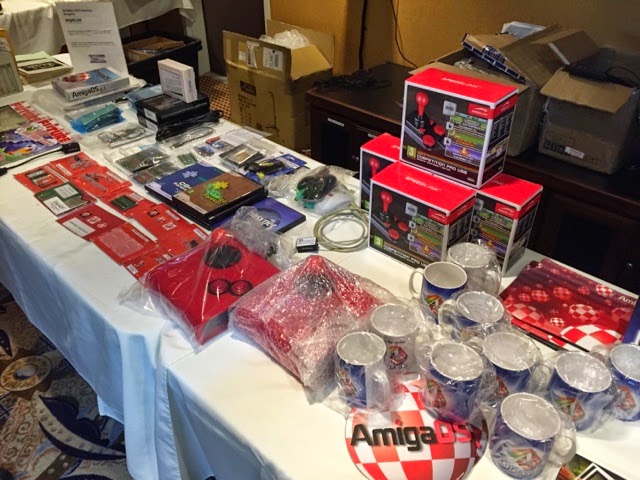 Mike's daughter playing Pang on the Minimig at my table: 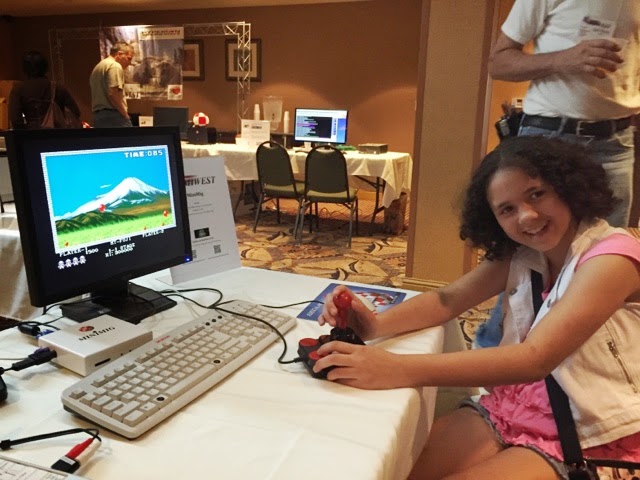 I had plenty of questions about MorphOS and the Minimig during the day which is great!

Here is my MorphOS PowerBook viewing one of my YouTube videos: 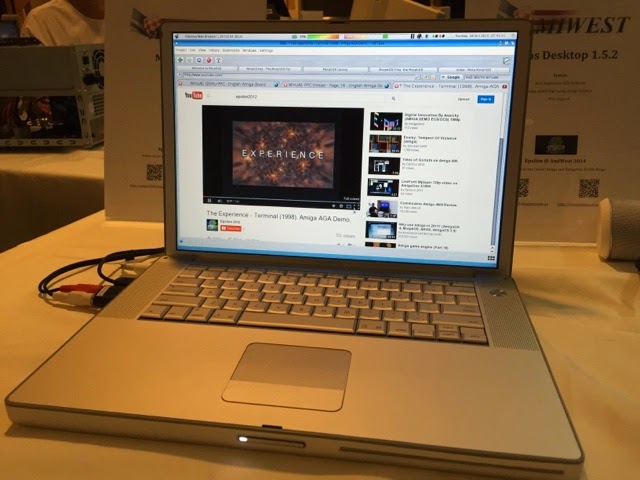 Bill (tekmage) then ran through the latest games released for Amiga in 2014. 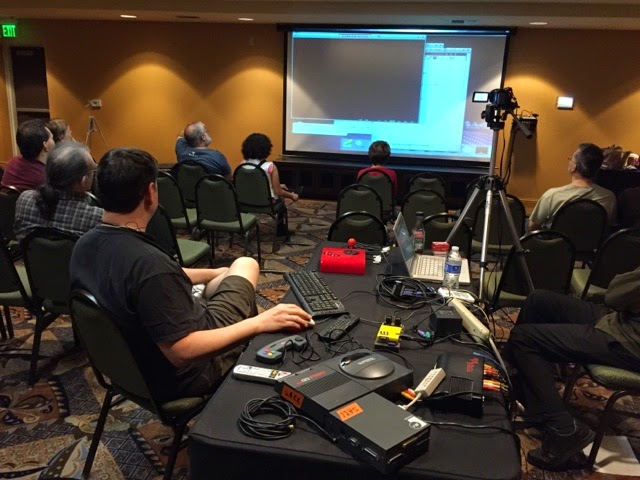 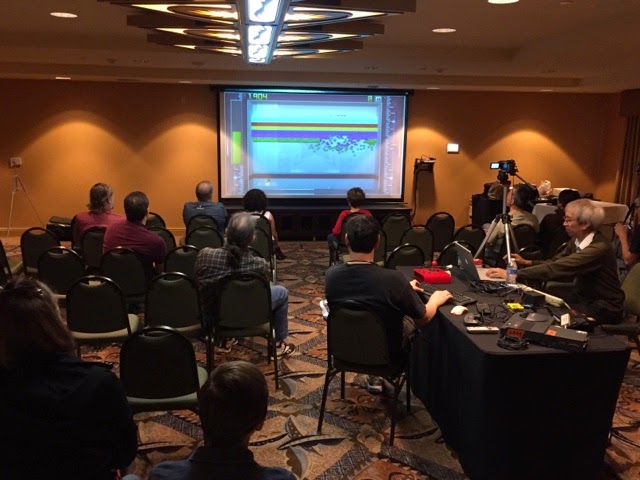 It has been a great day which has just wrapped up! The banquet is still to follow tonight with another update to follow later!