It is good to be back home again after the long flights home from AmiWest 2014.

Been quite sick for the past few days so I guess I got something from someone on the long flight home...starting to feel better now.

Trevor from A-EON was giving away the posters they used as part of their display at AmiWest 2014. I was not quick enough to get the one I really wanted, but I did manage to get the CANDI poster.

CANDI (Composite ANimated Desktop Images) is the Workbench animated backdrops soon to be released on AmiStore. CANDI was demonstrated by Andy (broadblues) at AmiWest 2014.

I got the poster back to Australia in one piece and not crumpled at all, due to some careful packing!

I have now mounted the new poster on a picture frame in my computer room, and it certainly adds some colour to the room! 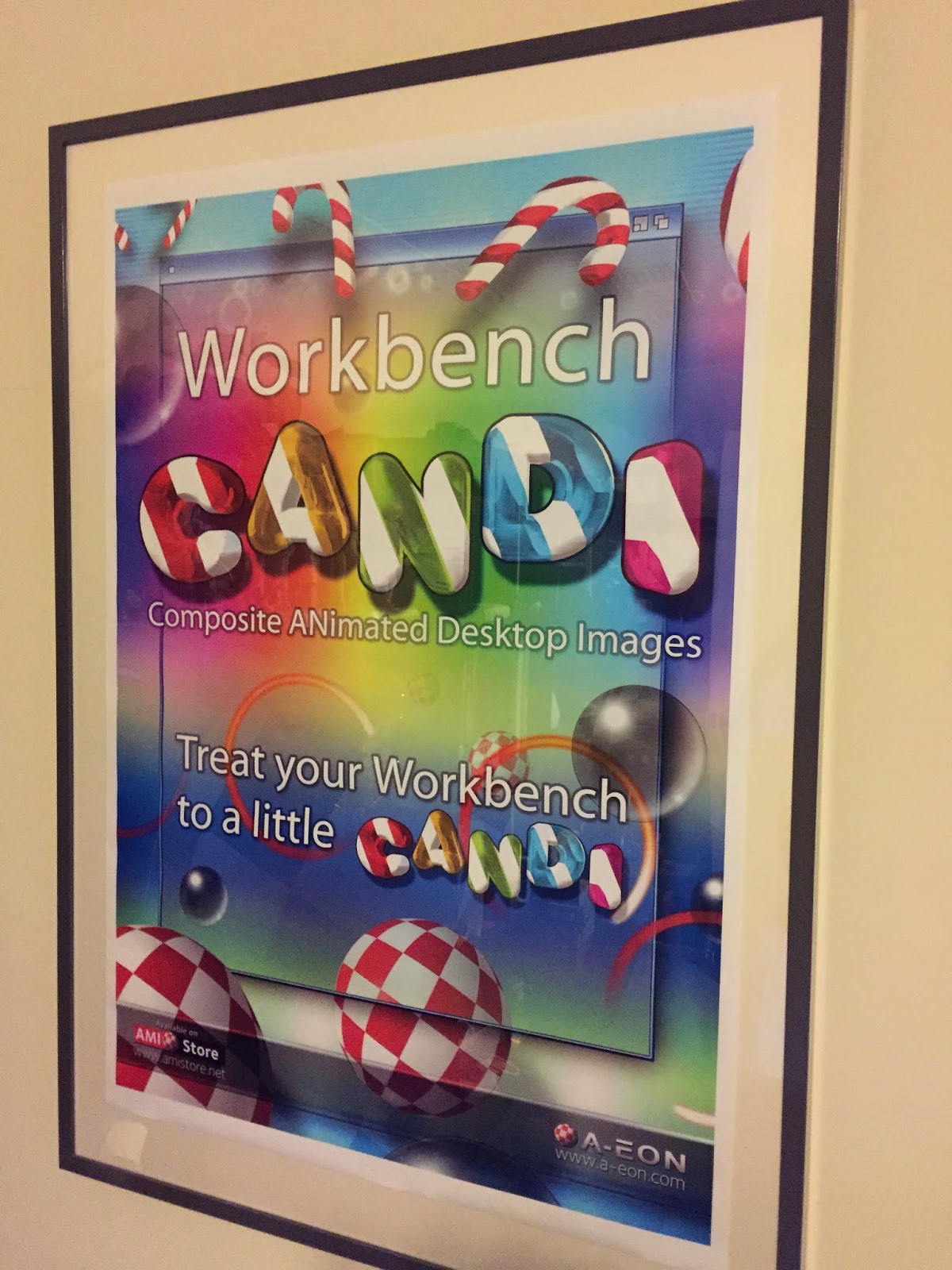 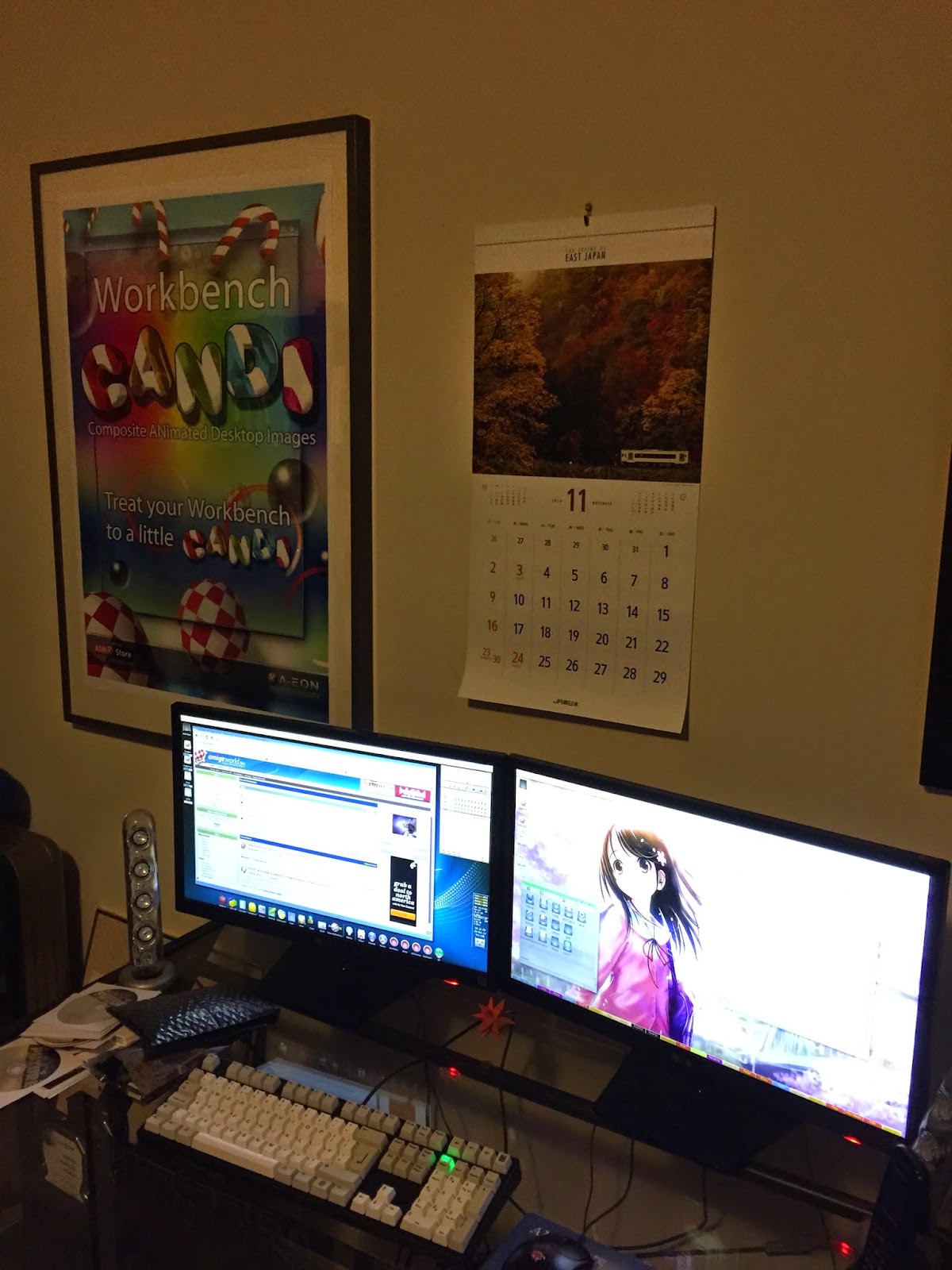 I also bought the Amiga.org mouse mat and coffee mug while at AmiWest 2014, which have already been used a lot with my X1000 since I got back from America. 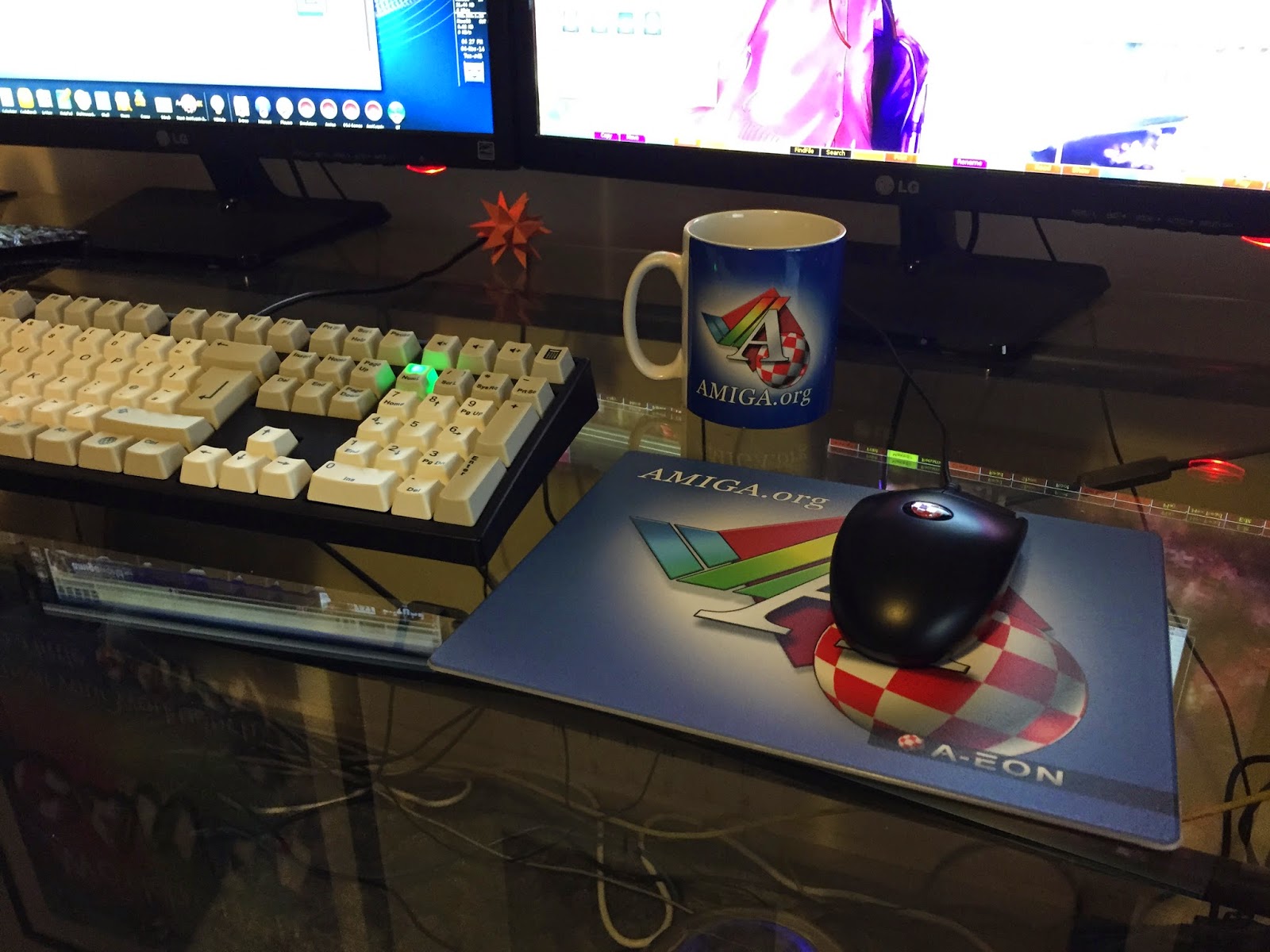 It was a shame Jim Drew from CBMStuff didn't show up at AmiWest as I was keen to secure a FPGA Arcade with the Classic Amiga AGA core - but I guess it will be released soon enough.

I was thinking about getting one of the fancy large arcade style Amiga joysticks AmigaKit was selling there, but I expected my luggage would be overweight on the way back - and it was - I had to pay US$43 excess baggage - so my decision not to buy it was right as it would have cost me a lot more to bring it home myself!

Like everyone else I am now looking forward to the AmiStore release, and the AmigaOS4.1 Final Edition release very soon!