To kick off, last night (Saturday) was the banquet. 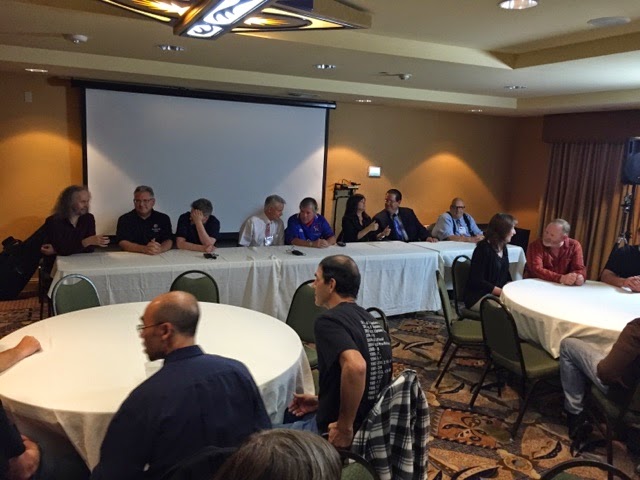 At the banquet, Andy Broad (broadblues) was one of two guest speakers - Andy is a talented musician who played some of his music as part of his speech. 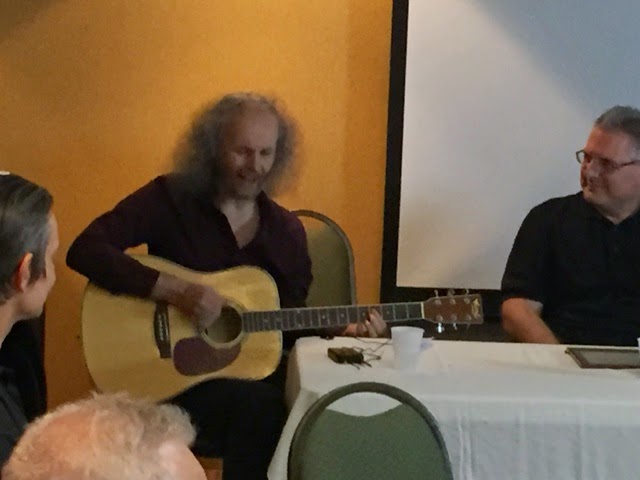 He also talked about how the Amiga has continually helped in his musical pursuits in many different ways. 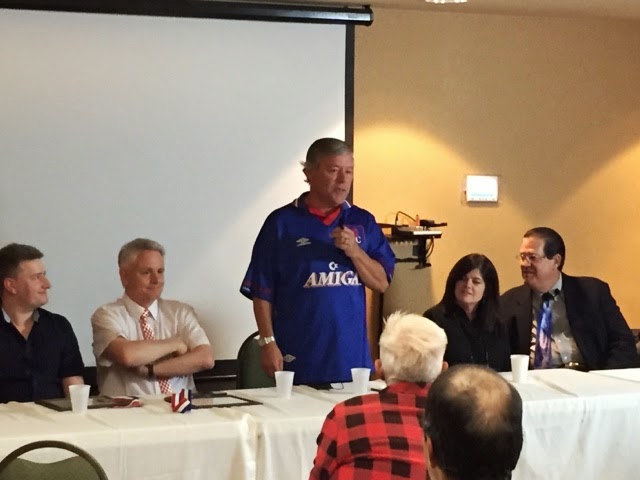 SACC awards were presented to club members and sponsors too. 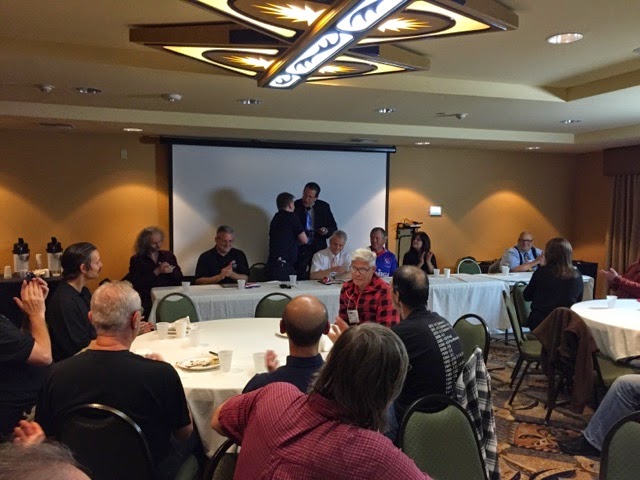 It was an interesting evening!

Moving onto Sunday now, and the show was quickly back in full swing, starting with the swap meet and then the show start at 10am! 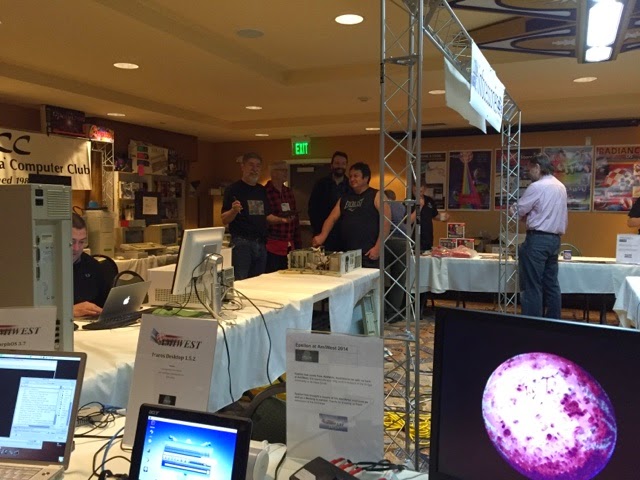 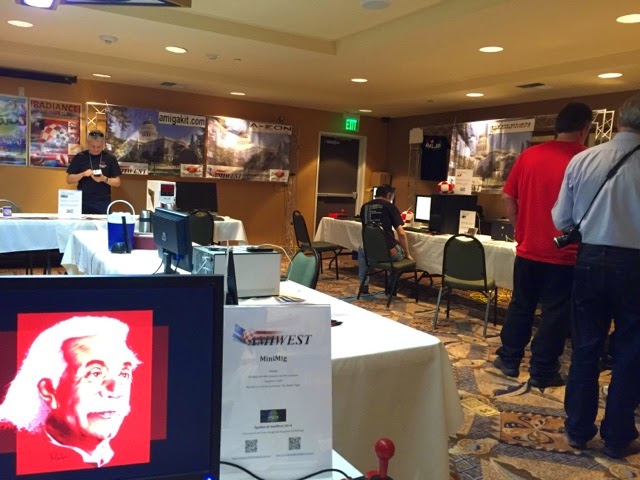 Eldee (Eliyahu) did a presentation on the new features in AmigaOS4.1 final edition. 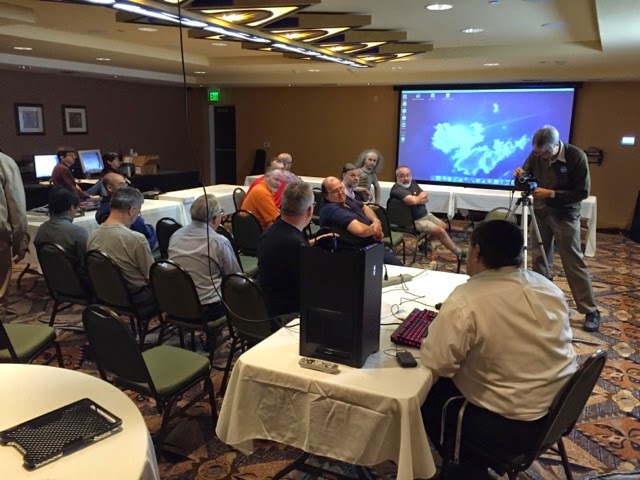 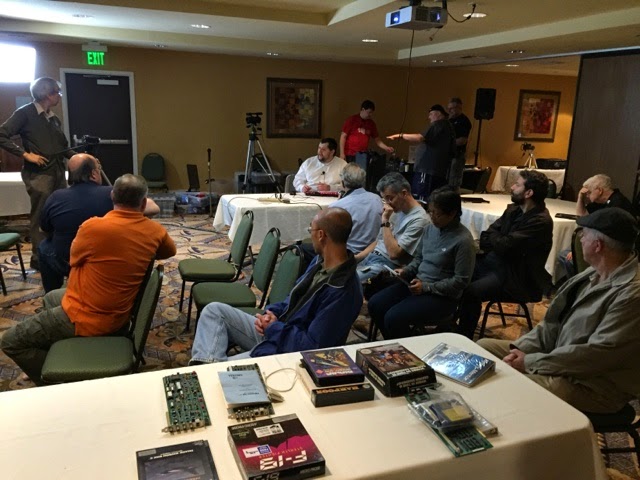 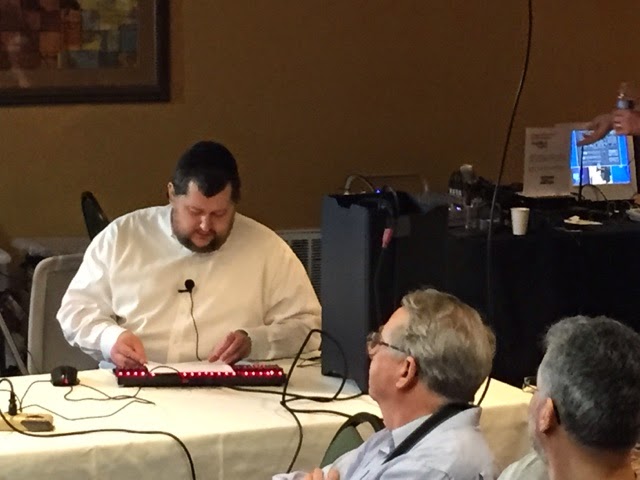 Some of the features like better graphics performance, new tabbed shell, thumbnail photo icon view, mouse over info on icons were very interesting! 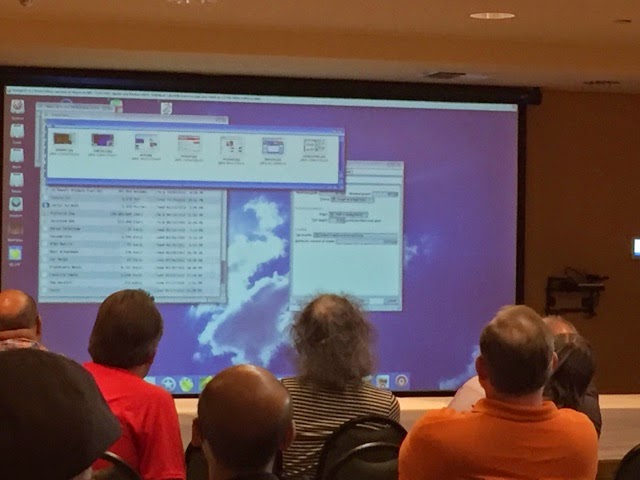 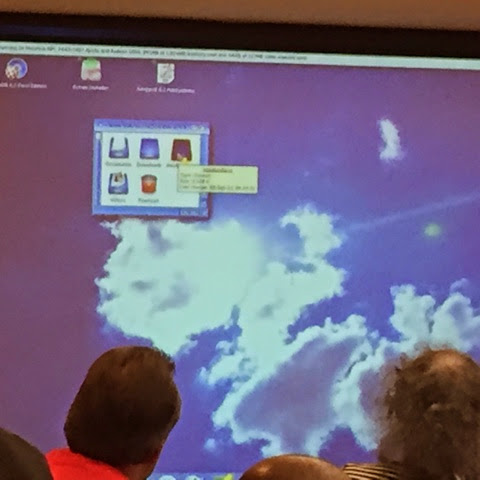 Back on the show floor there are plenty of people around today! 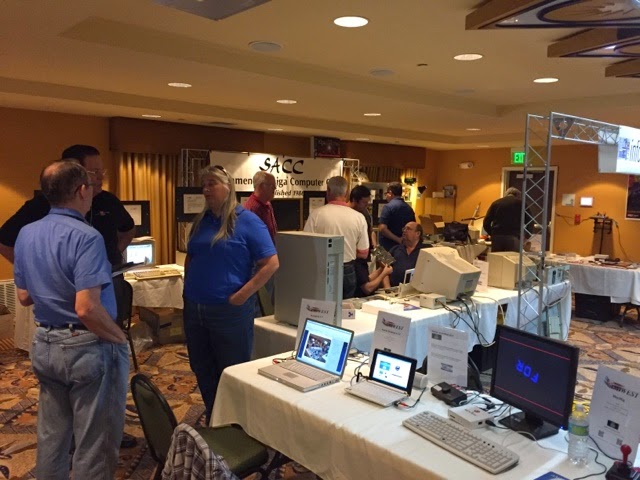 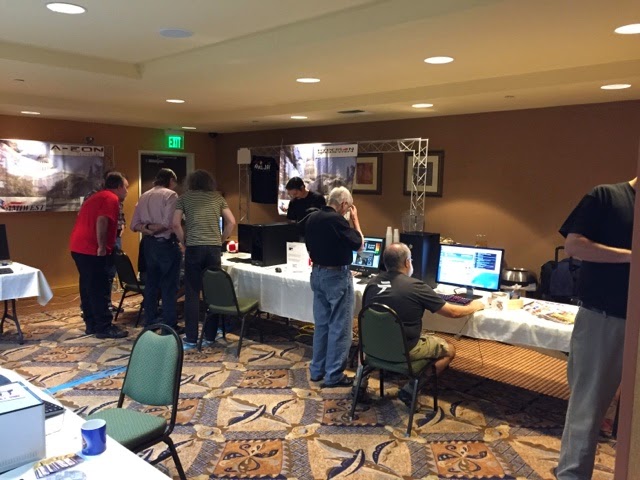 Some more classic Amigas to look at too: 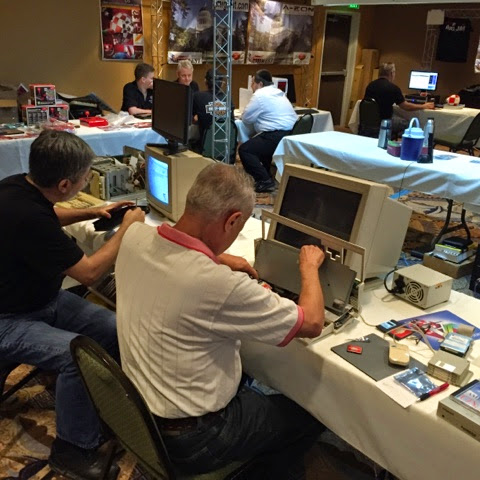 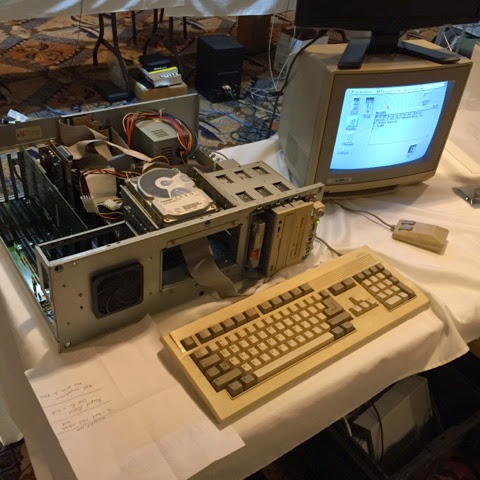 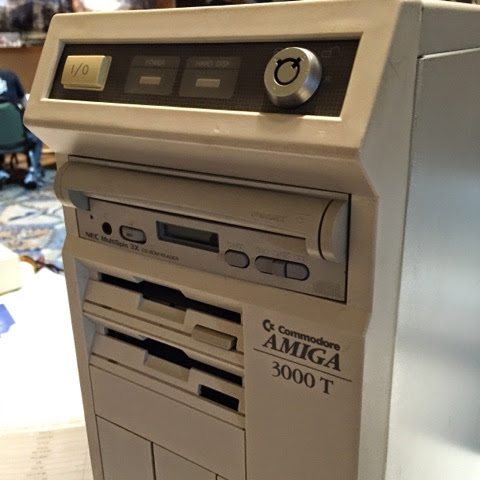 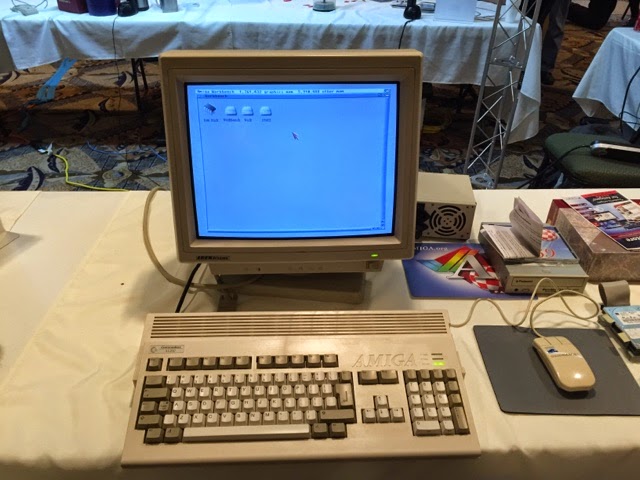 Some final photos around the showroom floor: 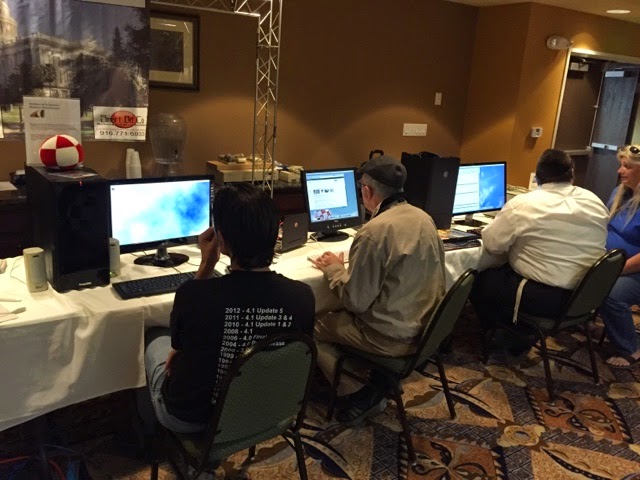 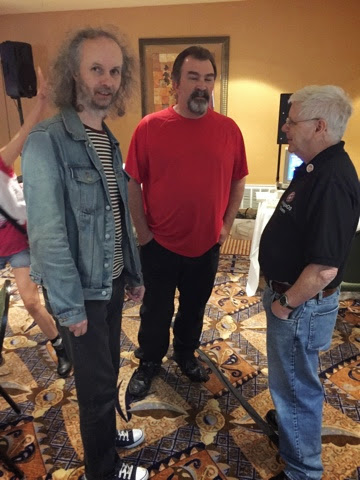 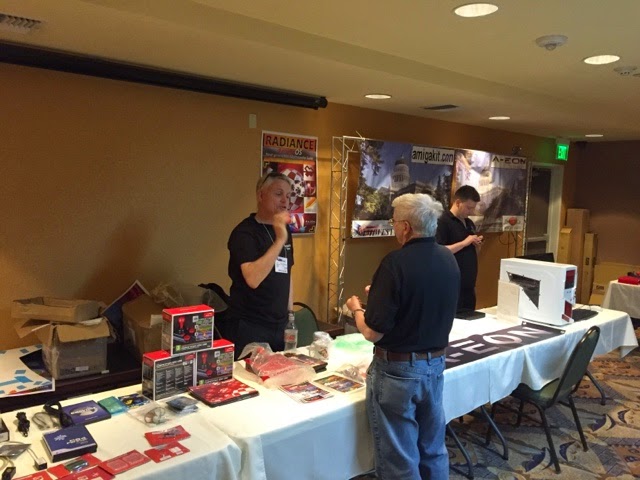 I don't have photos from my own presentation about amigaos4 classic on winuae unfortunately, but it was streamed live to the Internet and the feedback I got was positive from attendees! I hope it was useful!

Here is a picture of me and Mike Brantley while I was showing him (and a few others) how to run Amigaos4.1 classic under fs-uae on Mac OS X Yosemite after my presentation. 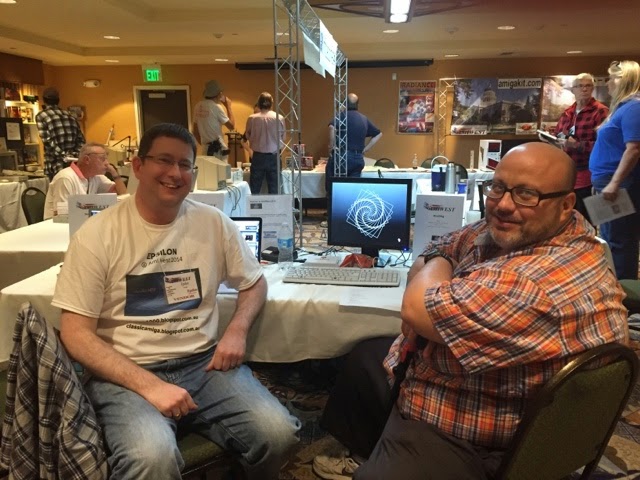 Mike's daughter got Steve solie's badge and so I asked her when Amigaos 4.2 would be released and she said next year! So Steve, I look forward to seeing I t then - no pressure! 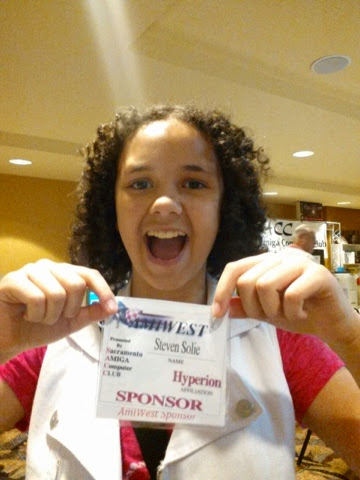 Amiwest has finished now for 2014 and I had a great time, meeting and chatting with so many passionate Amiga fans. Also being able to sample new systems and seeing so many Amigas in one place!

Thanks must go to the organizers of Amiwest 2014 (sacc) for a top event! I look forward to Amiwest 2015!

Now for the long trip home!