My X1000 sent to AmigaKit and MorphOS temp replacement

A quick update that after some working with the AmigaKit techs last week on troubleshooting, it has been determined that my AmigaOne X1000 board cannot be fixed here - it looks like a power issue possibly caused by the brief power outage while flashing the CFE but can't be sure yet. 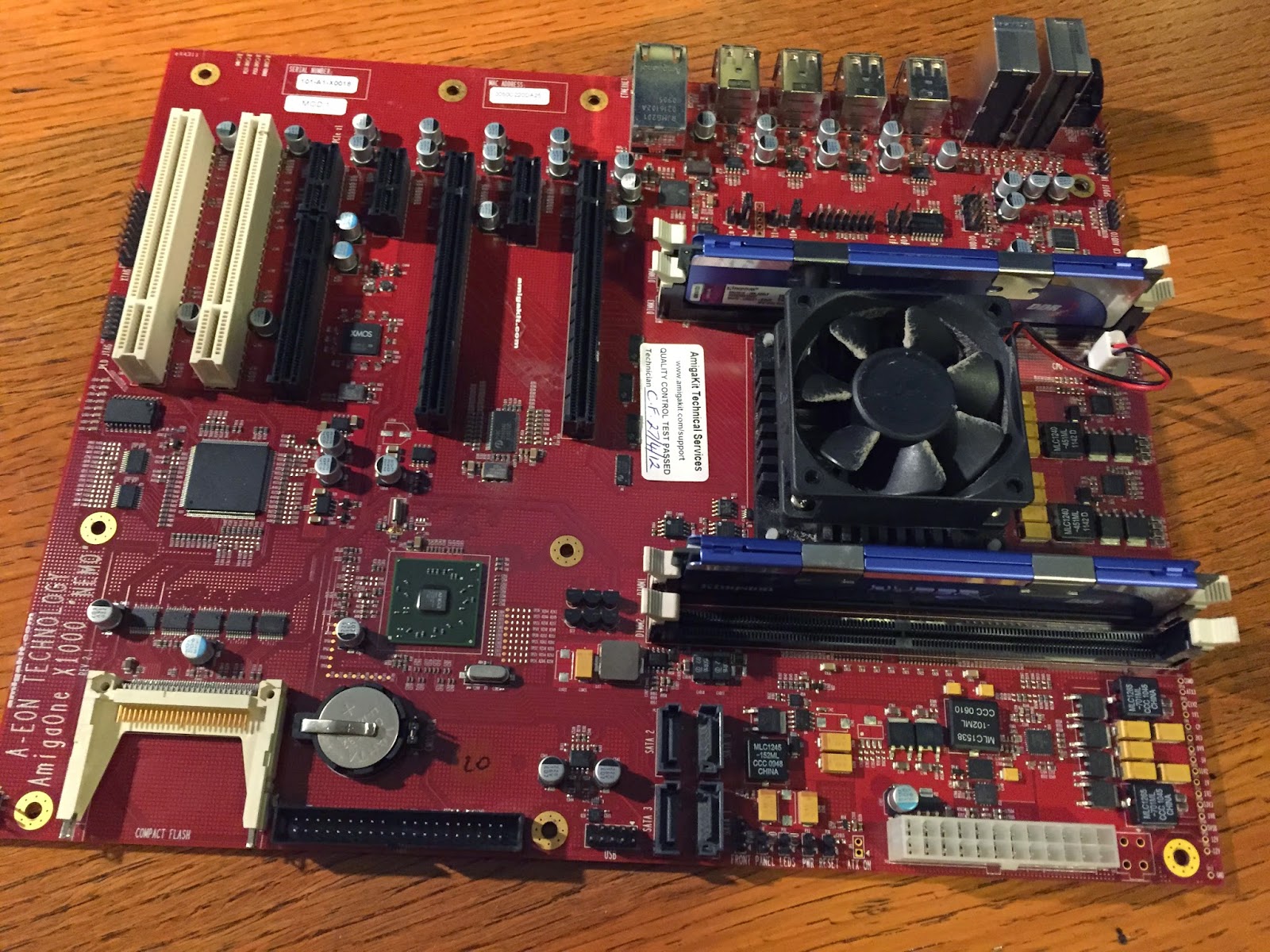 It has now been sent back to AmigaKit in the UK for further analysis - hopefully the problem can be identified and fixed - I really want my X1000 back and working!

When pulling apart my X1000 to prepare the motherboard for shipping I took some photos of the board itself which I thought might be of interest: 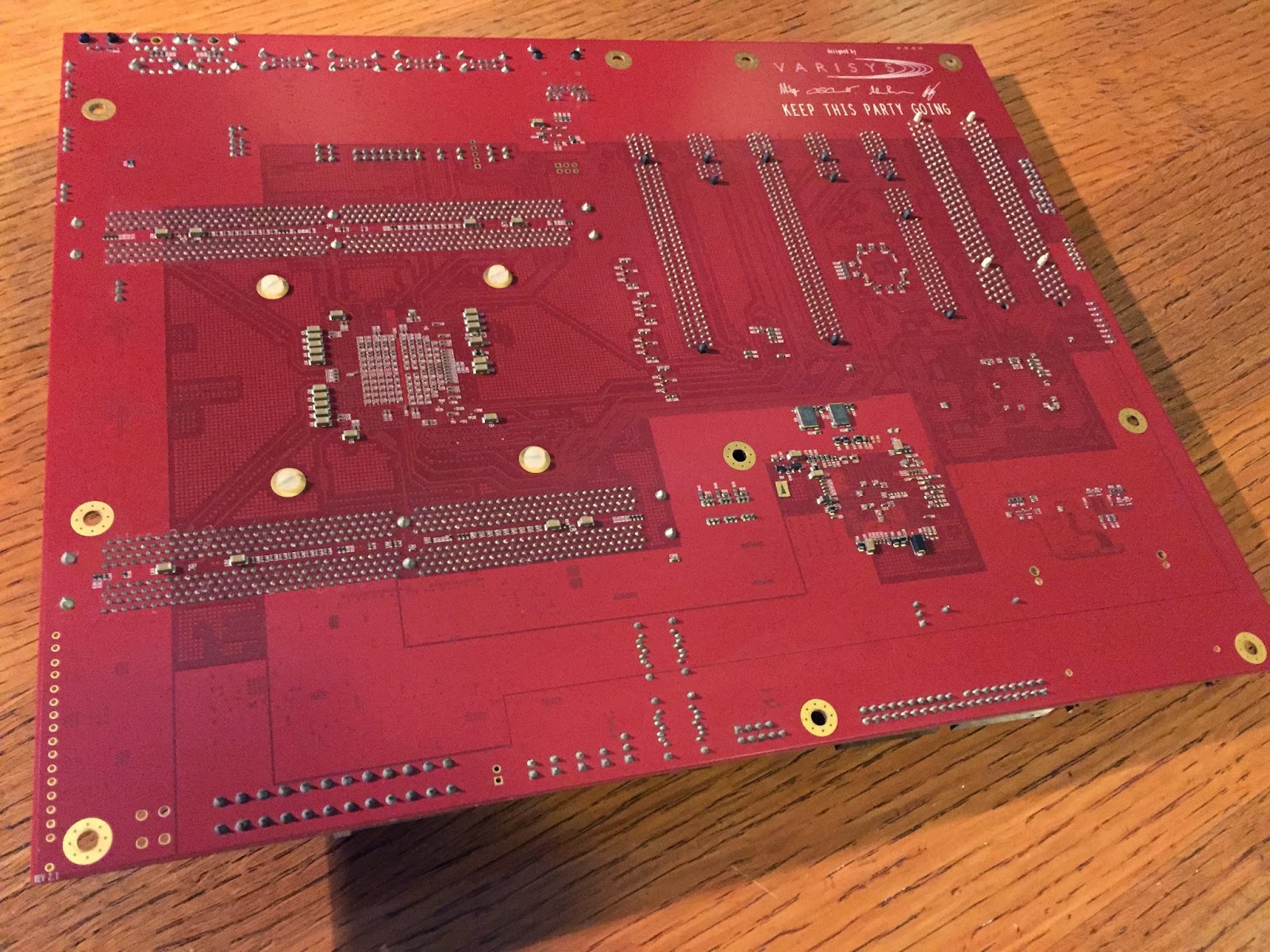 Finally is a close up of the Varisys logo (they manufactured the X1000 board), with some signatures below that - like on the Amiga 1000 case (not sure who's signatures though!). There is also the "Keep this party going" B-52's reference, in line with all the original Classic Amiga motherboards having B-52's song titles on them too: 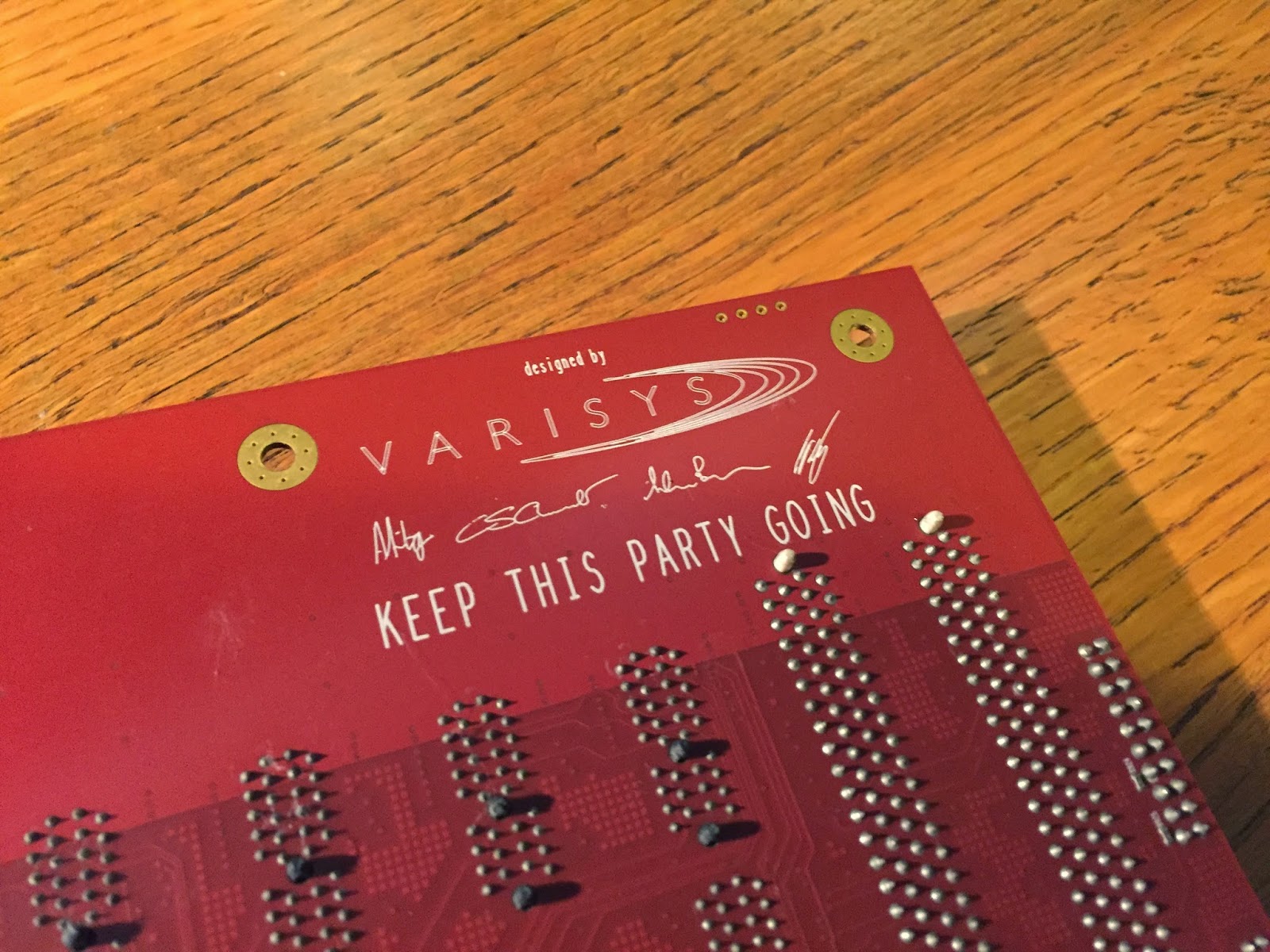 I am hopeful that the issue with the X1000 board can be identified and fixed so I can quickly get back on track with using the X1000 with AmigaOS 4.1 Final Edition again!

Although it is just not the same, I have temporarily setup my MorphOS 3.7 Powerbook G4 in the X1000's place while waiting this week, as I can't stand the daily reminder that I can't use my X1000 anymore: 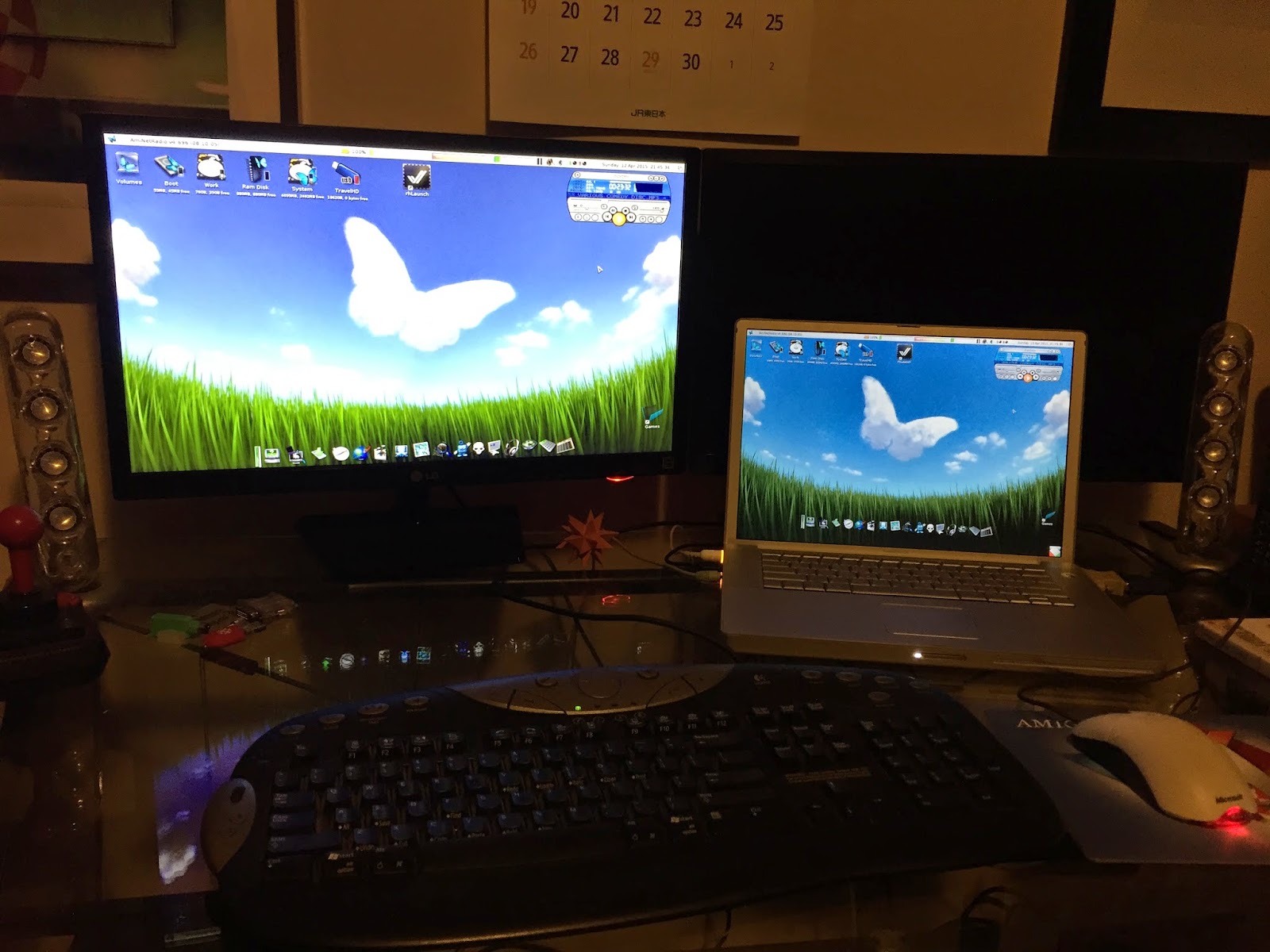 Resolution of the external TFT display under MorphOS is not great since it is limited to the same screen resolution as the Powerbook G4 display, which is not the same as the display can handle. The resulting image cuts the bottom off the screen (even with playing with screen positioning) and means I have to reposition the dock higher on the powerbook screen to see it on the TFT screen: 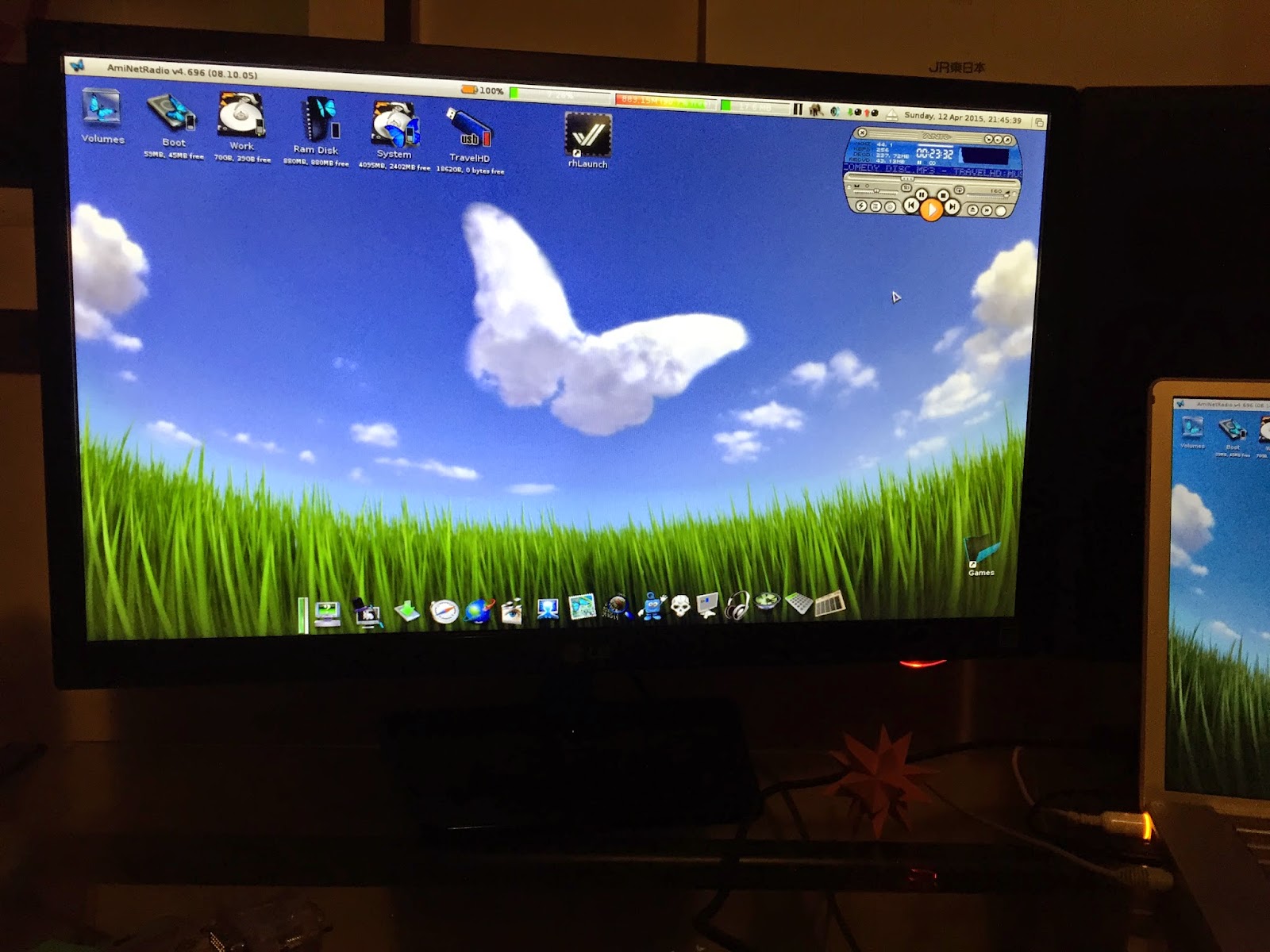 If someone knows a good way to fix that under MorphOS without losing the ability to use the screen on the Powerbook too, I am all ears! 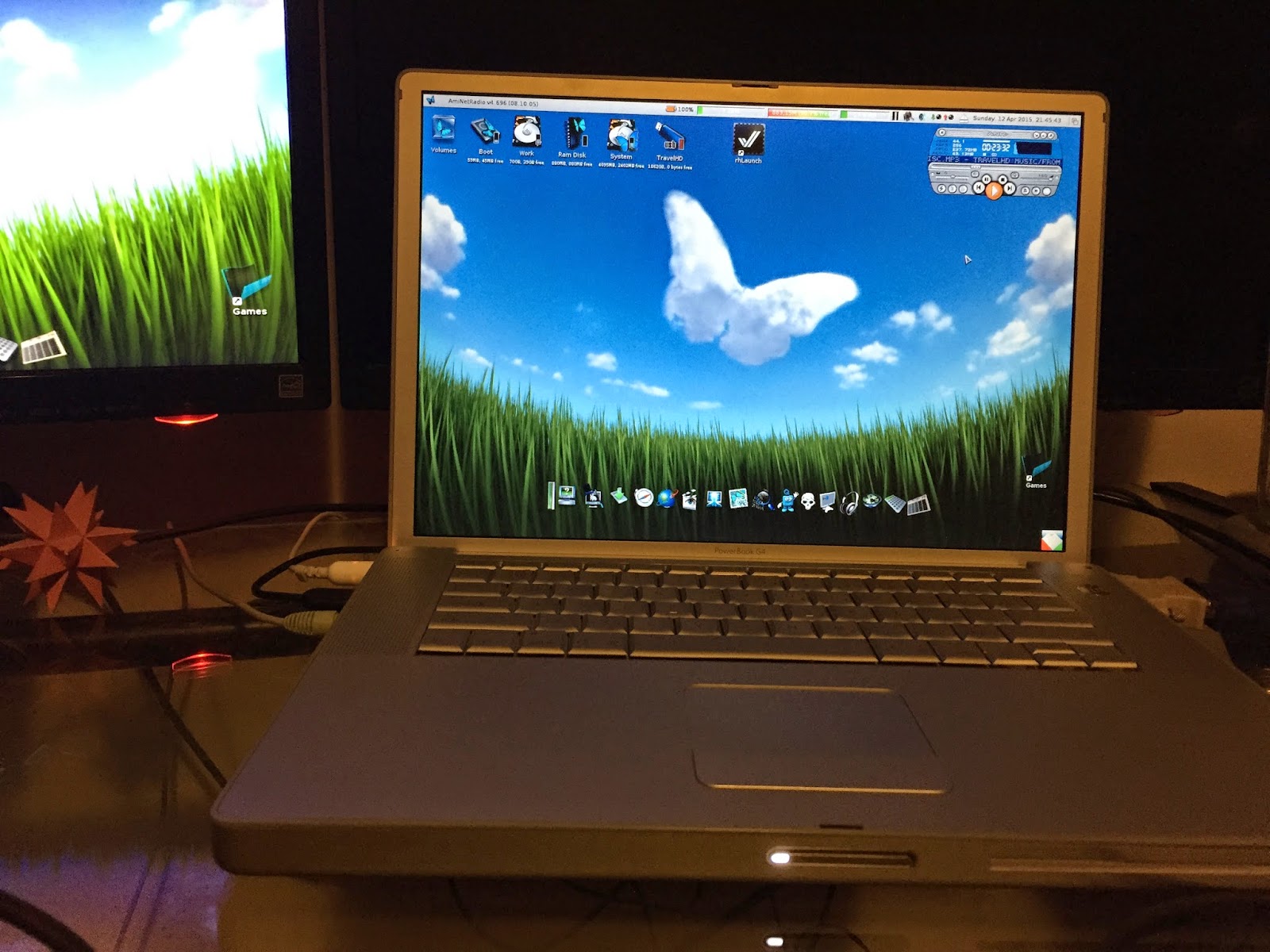 For now, the MorphOS PowerBook G4 is my main NG Amiga to play with until the X1000 is hopefully fixed and returned to me soon!