I found another game released on AmigaOS4 recently called Ami-Ingenious. This game is an adaption of a German board game called Simply Ingenious.

There is a good wikipedia article here to get you up to speed on the board game details, rather than me repeating everything there on here!

The game is downloadable from www.os4depot.net and was written by mrdarek. His website containing this and other games is located at http://www.lineapolis.dizzy.pl/other.shtml

Being from Australia, I had never heard of this board game before today, and was intrigued to find out what it was like to play on my X1000 and wrote this Mini-review! 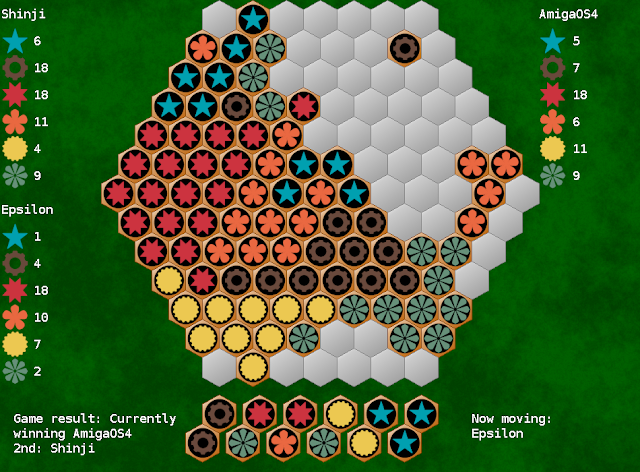 The game runs in a window on the AmigaOS4 Workbench screen. It would be nice to have a full screen option for this game in my opinion - I think it would suit it better. Having said that the main game itself looks quite professional even in a window and runs well with no issues encountered while writing this mini-review.

You get a group of 6 joined hex tiles (each turn) which have different symbols that can be matched to whatever is on the board to get points. You can rotate the joined tiles by hitting the spacebar when positioning on the board for the best points. The matched tiles are highlighted when positioning the tiles over the board so you know what score is possible. You can position one tile set on each turn, and the tiles available to you change for your next turn.

It has an unusual victory condition - the highest lowest score wins. So for each type of tile, when the board is full the lowest count of your tile types is taken. Whoever has the highest score then wins! It means the strategy is to keep a even number of scores across all the tile types, not just one or two types!

If you manage to match 18 tiles in one turn, you get a bonus turn! I managed this a few times but could never get a decent score on the bonus turns!

The game supports up to 3 players at one time. when you launch the game you get to choose the number of players, whether they are human or computer controlled and their names, as below: 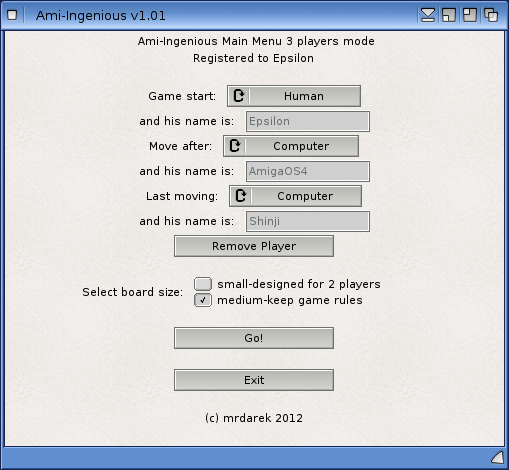 The map can also be small or medium sized depending on whether you have 2 or 3 players.

First I show the gameplay when using 2 players, starting with the initial screen: 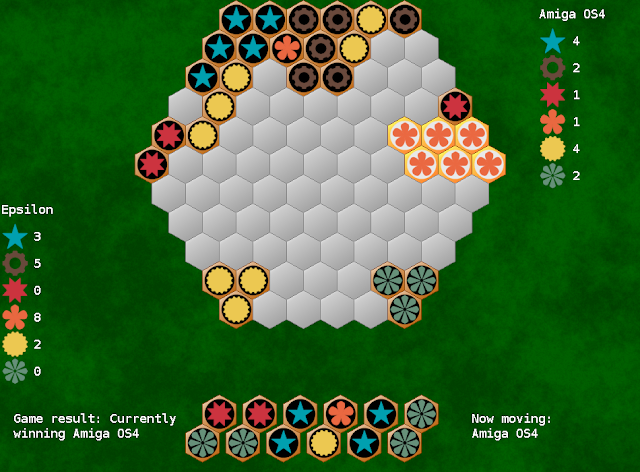 The game is progressing fairly evenly at this stage: 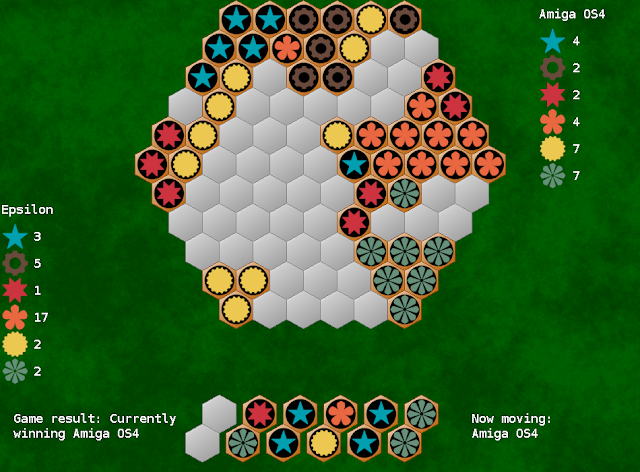 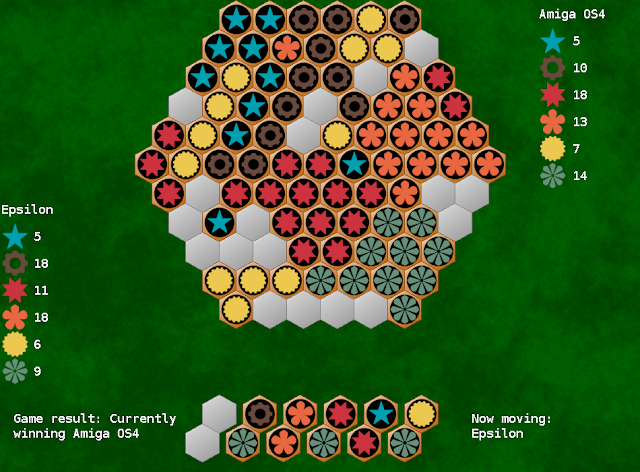 Game over - I lost the game unfortunately! 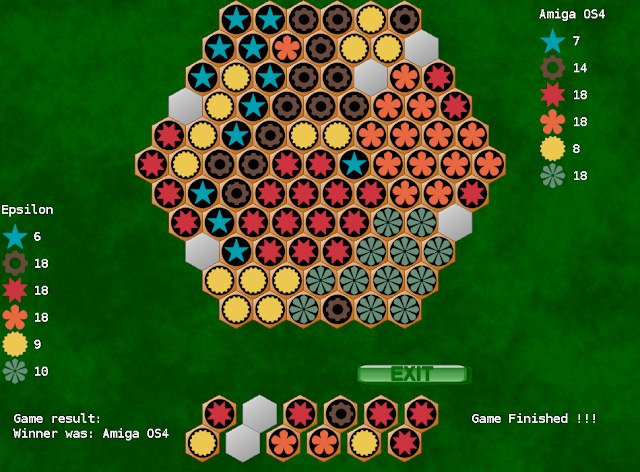 Next I tried the three player mode which in my opinion was more fun to play. Initially the board looks like below, ready to start: 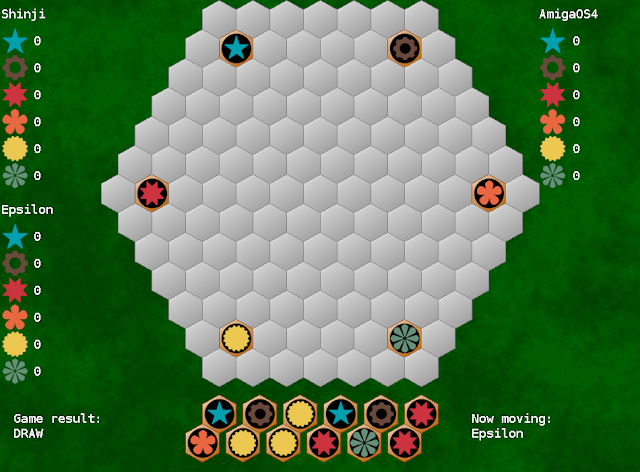 Now the game is well underway and I am already falling behind the other two players:

Next screen shows the game over as there are no more 2 tile spaces available on the board - I was beaten yet again! 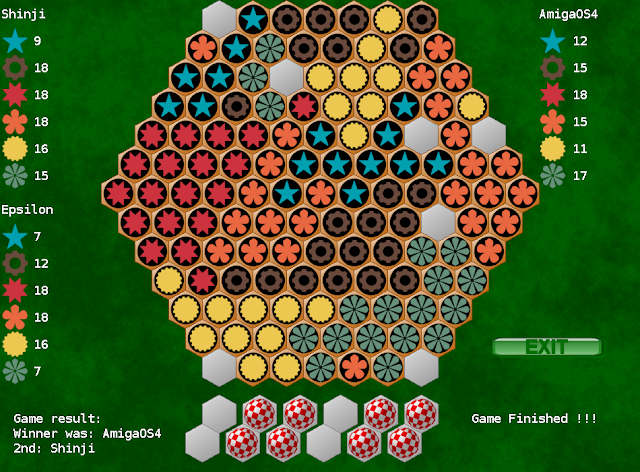 There are some spot sound effects here and there during the game, but no music.

The game is donationware, with a PayPal donation of just 1.49 Euros to get a registered file from the author which removes the nag screens every couple of minutes when playing the game. I registered straight away - I believe this is a very small price to pay for an interesting Amiga game!

I have to admit I enjoyed playing this game on the X1000 - the strategy in the game really makes you think carefully for each move!
- October 21, 2012