I know it seems I am focused on games on my AmigaOne X1000 lately, and perhaps that is true. After the past few months difficulties with my wife's cancer, I have been keen to enjoy playing games on my X1000.

Today I was given the opportunity to preview the soon to be released game Balance Blox from AmiBoing: 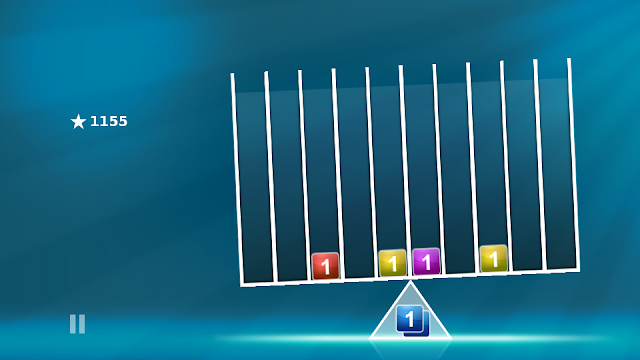 Recently AmiBoing have been quite busy with the release of games like Tap Jewels and A Frog Game. It is exciting to see new games being so regularly released on Amiga! 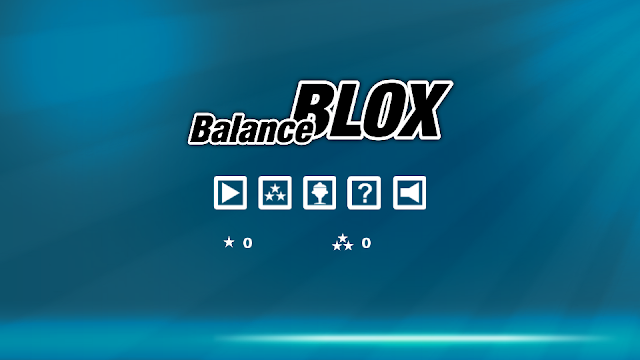 The gameplay is simple but deceptively difficult to execute well! You position and drop blocks according to colour and weight to keep the the frame in balance. If the left or right edge of the frame touch the ground then the game is over.

If three blocks of the same colour are placed together in a line (horizontal or vertical) then they are removed from the frame and your score goes up accordingly. This needs to be done carefully as the weight distribution changes very quickly when blocks are removed.

AmiBoing has explained how to play the game within the game, as below: 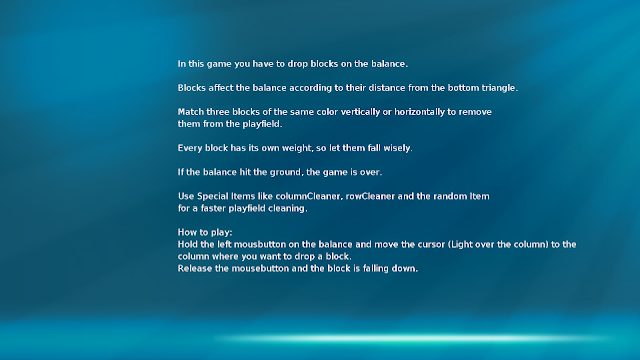 As with other AmiBoing games, high scores are logged to your AmiBoing login id which you provide when launching the game.

I have included some screenshots of the gameplay below. At this stage I am doing well with positioning - the next block to position is shown in the triangle below the frame and the colour behind indicates the colour of the following block making it possible to plan ahead the next positioning: 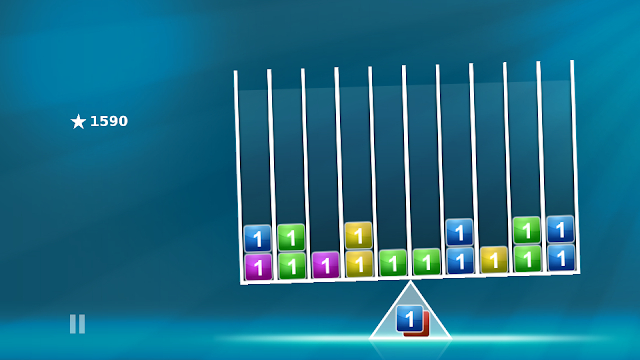 Unfortunately when I removed a block set on the right hand side I just had too much on the left and couldn't drop enough blocks quickly enough to stop the left side touching the ground - Game over: 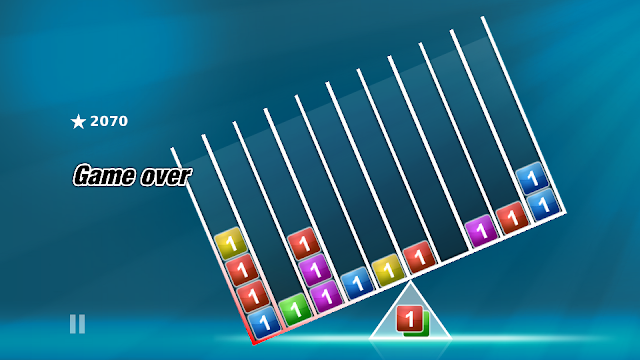 There are also a number of awards available to be unlocked in the game as below: 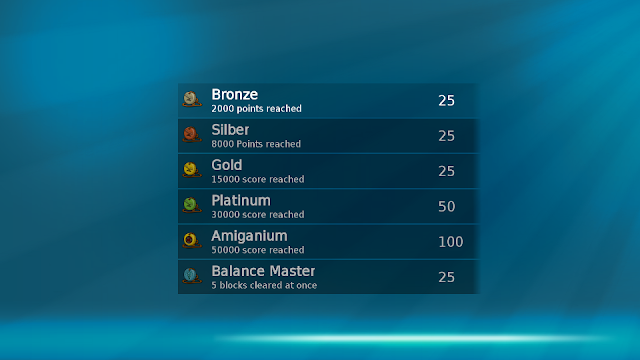 As you can see I got the Bronze award but still a long way to go!

The gameplay is excellent and the game runs smoothly with no issues during my testing. The soothing background music was appropriate for this game and I didn't turn it off while playing. The game can also be paused if you need to do something else and return later!

Some suggestions I have for the developers is to break up the game into levels (perhaps level ends tied to score) with each level having increasing difficulty grades to give game players level progression and perhaps tied to some additional awards too. The initial game menu should probably have some text for the various icons but to be fair it is not that difficult to work out!

I found this game very challenging and very enjoyable to play. The stategy to correct block placement and the quick actions needed when removing a line of blocks makes the game challenging and keeps hooking me in to have another go. I am not very good yet but I keep trying!

When Balance Blox is released for Amiga I definitely recommend getting it!