As regular followers of my blog will know, I have a dual video card setup on my AmigaOne X1000 - a Radeon 9250 PCI and the Radeon HD card included in the X1000. The 9250 card is used to play games that require hardware 3D acceleration until the Radeon HD 3D hardware drivers are available.

However, until now I have had to feed VGA and DVI connections to one display and switch modes on the monitor....but no longer (click to expand): 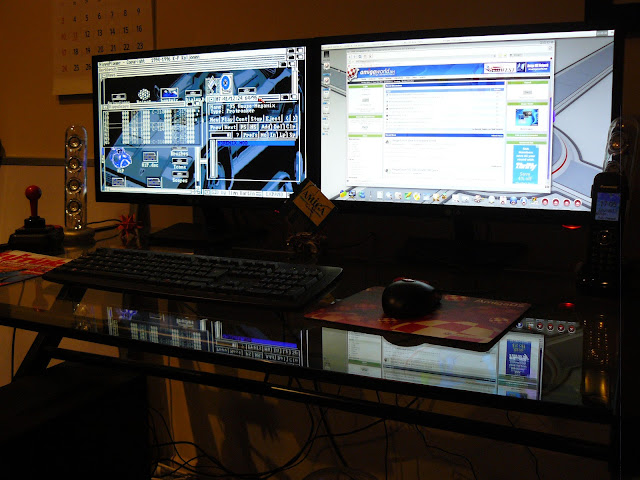 As shown above I can now run my RunInUAE WHDLoad and Amiga system emulations (Amiga 2000 in this case) on one screen, and the usual AmigaOS 4.1.6 workbench on the other. Very Happy - no more switching on one monitor!

The screens in question that I bought are two LG 24" LED screens with DVI, VGA and HDMI inputs, which I picked up from local electronics retailer JB Hifi today for AUD$198 each.

I also now run AmiCygnix 1.3 on one screen and the AmigaOS 4.1.6 on the other. This is very convenient for referencing something in AmiCygnix while using the workbench as below (Click to expand):

While I was in a spending mood, I also took the opportunity to buy the latest Amiga Future Issue 100, new A-Eon USB flash drive and mouse mat for the X1000 from www.amigakit.com, which arrived this week: 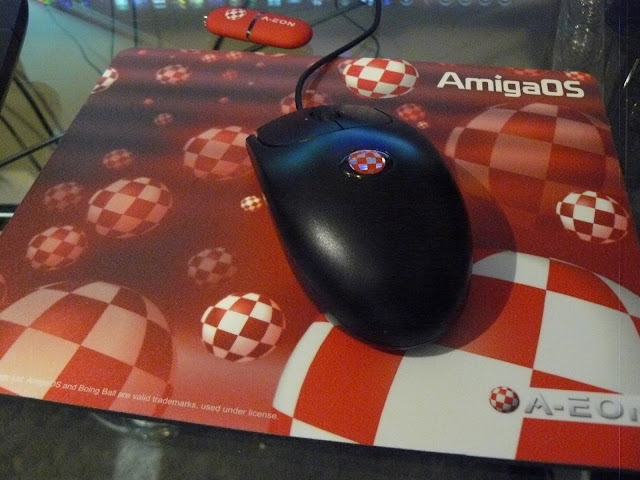 The new mouse mat looks quite nice I think!