After promising myself I would never buy another Amiga 1200 after having so many issues with them over the years, I weakened when this fully recapped one came to my attention recently. I was able to buy it for a fair price and it has arrived today! 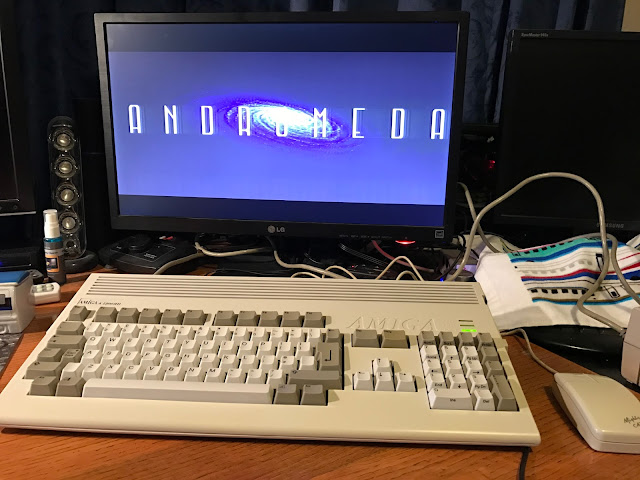 Being the middle of the working week I don't have much time to do anything with it, except unbox it and make sure it worked. I have big plans for it though. Speaking of the box, it deserves a mention due to the large number of Fish stamps on it! 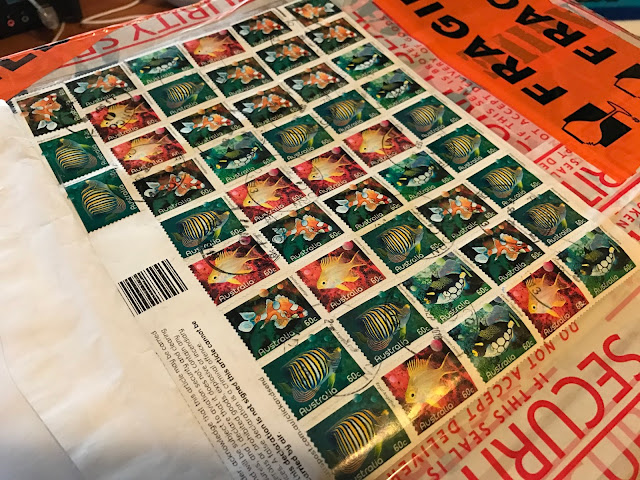 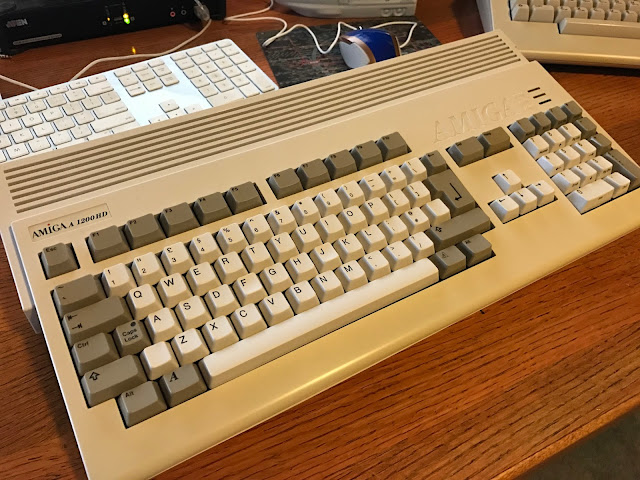 I got rid of all my Amiga 1200 systems 6-7 years ago after a lot of motherboard failures made me despair at doing anything with these systems. But I was tempted back by the promise of a recapped system which hopefully will have a nice long life! 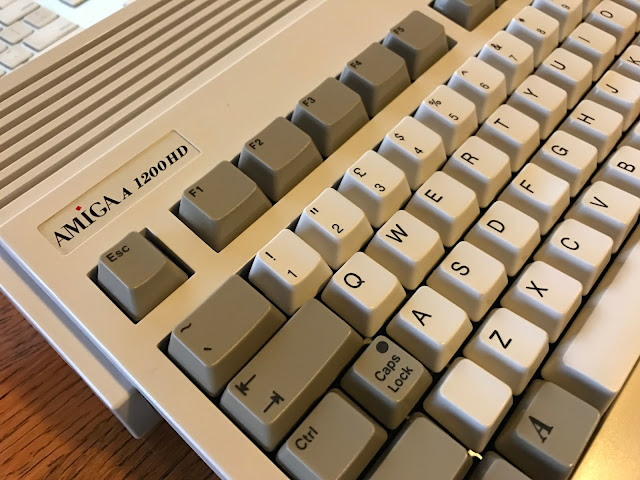 Looks in good condition on first inspection, but no time tonight to pull it apart unfortunately - will save this for the weekend: 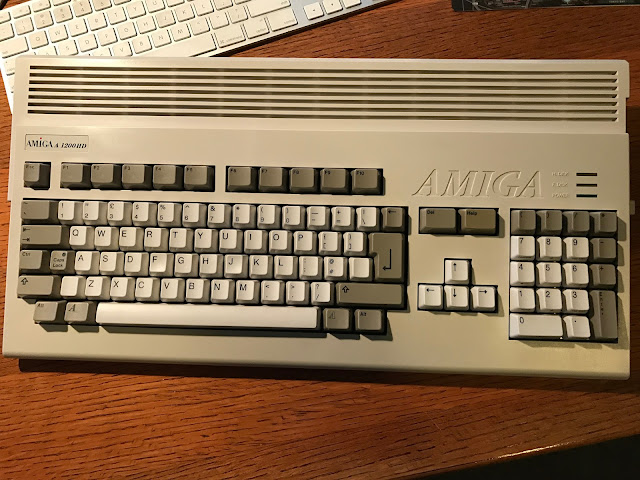 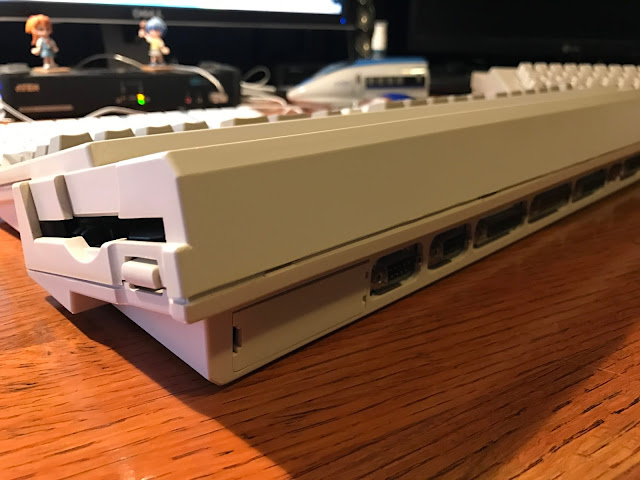 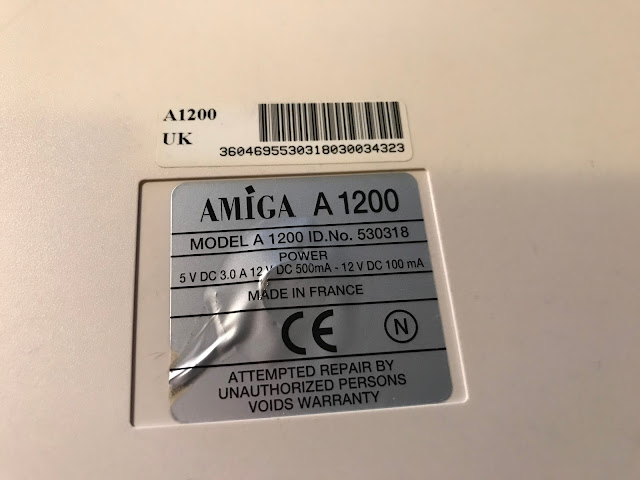 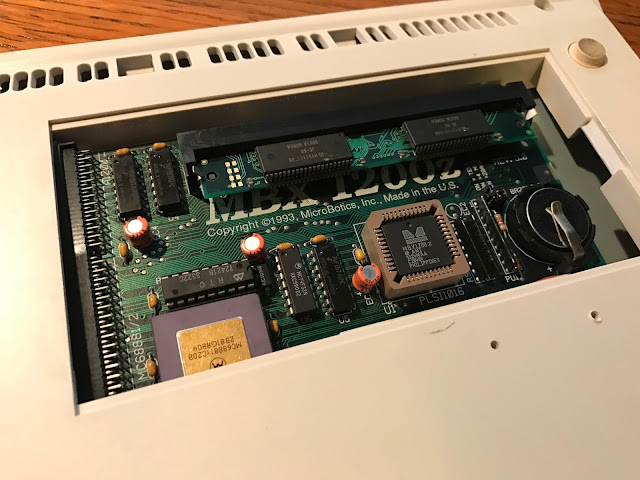 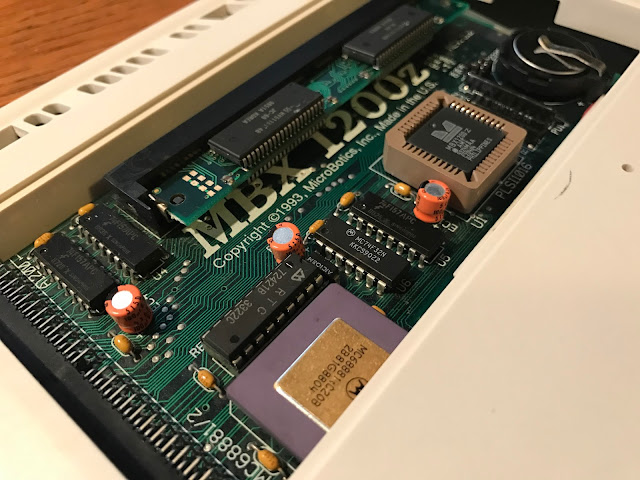 Also installed internally (although I haven't checked inside yet) is a IDE to CF card converter with a CF card with two games/demos partitions completely full (literally 99% and 100% full), and the system partition - on power on I was pleased to see things appear to be working well: 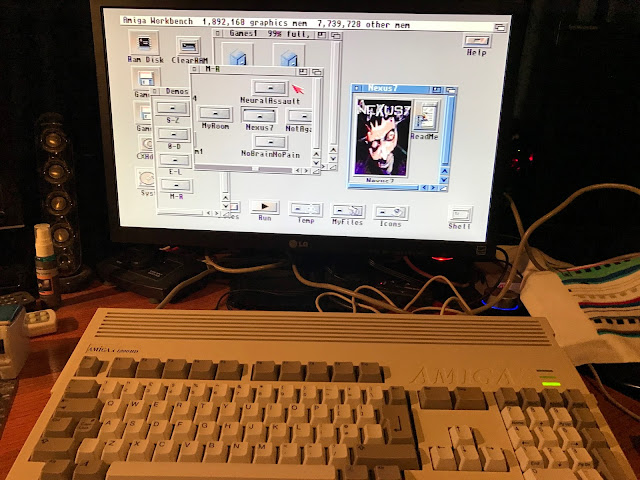 I went straight for the AGA demos of course, with Nexus 7 by Andromeda first up running with WHDload: 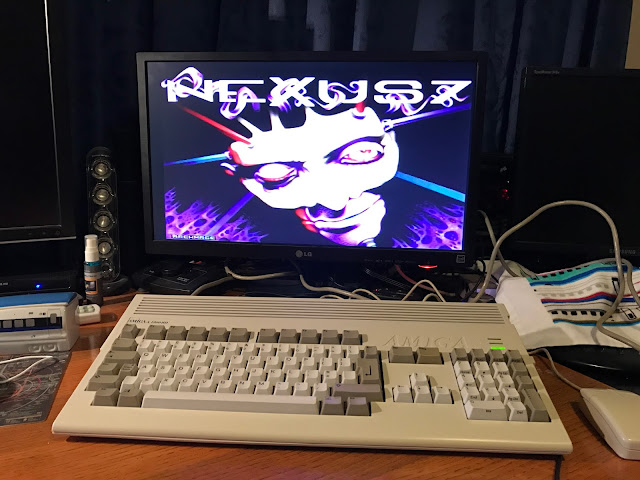 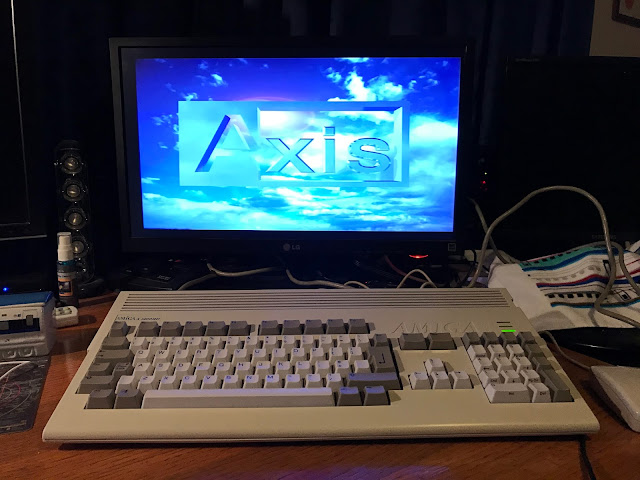 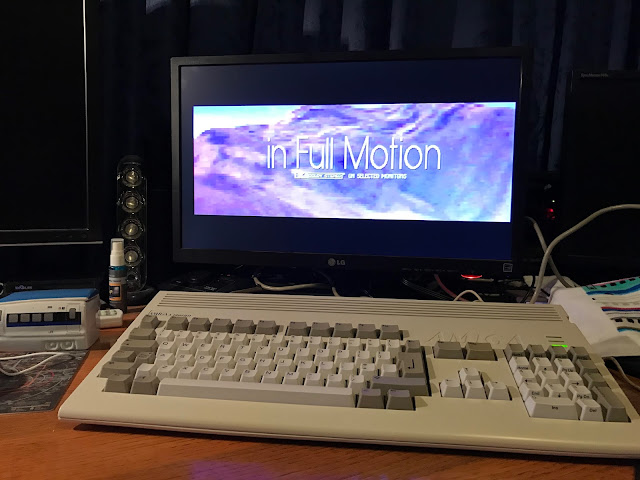 As a final quick test I fired up Banshee AGA via WHDLoad which also works great. 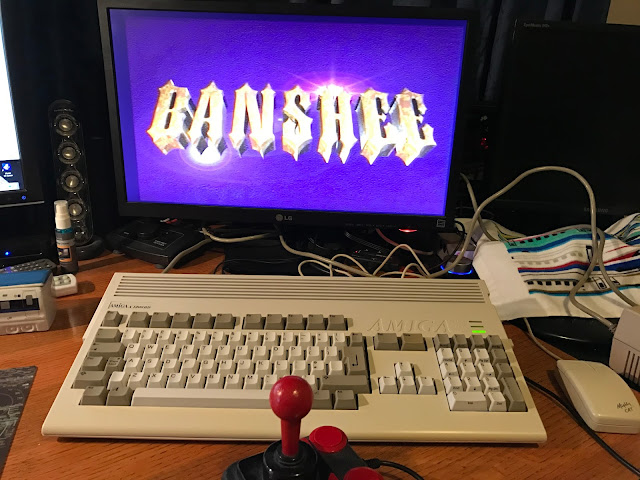 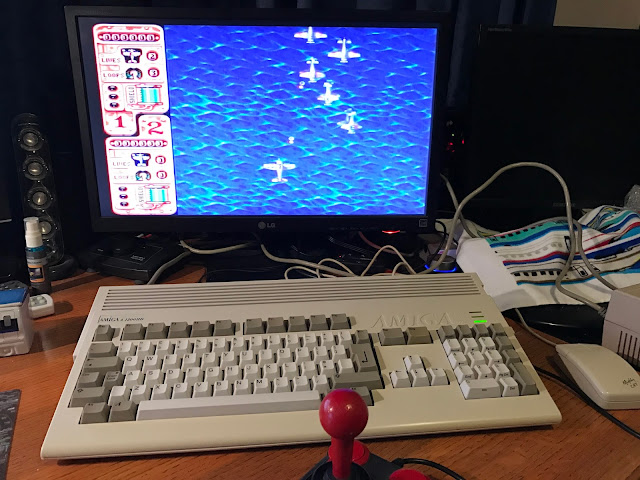 As I said I have some big plans for this machine, which will be revealed when I receive the bits I have ordered for it (and some other Amiga projects too)!

In the meantime this weekend I can possibly add my new A1200 030 accelerator from the ACA500 I got recently, but I can also add the A1200 Apollo 060-66 accelerator to it too of course. In addition I can also add a spare Indivision AGA mk2, subway usb and more besides! Definitely more playing on this Amiga 1200 to come soon! :-)