Back in 2015 I covered a script written by MickJT to allow AmigaOS 4.1 users to stream local Australian TV channel ABC iView programming.

In May 2015 the ABC changed the method to stream iView dropping PS3 support which broke the script, as I reported back then.

Now, in 2019, thanks again to MickJT, we have a new script and ABC iView streaming works again, now using my AmigaOne X5000! 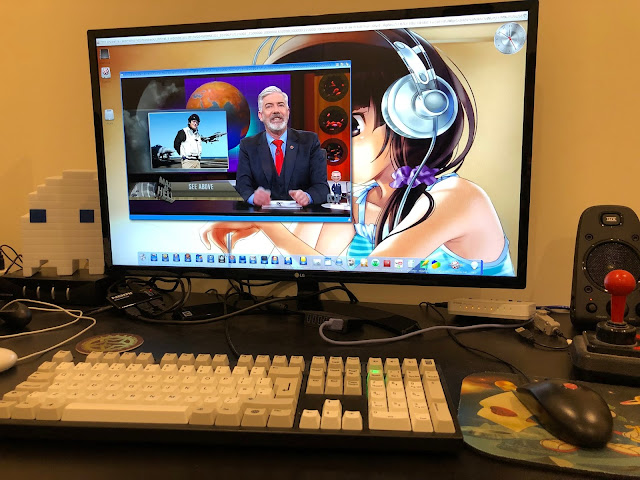 I have been beta testing the new version of the iview script, which should be released in the not too distant future, and I can report it streams very well. 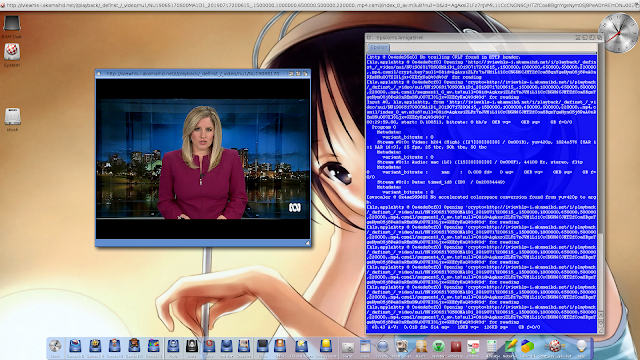 For this to work well, you do need the latest versions of ffplay and ffmpeg 4.0.2 (as I write this) which you can get from os4depot.net.

Make sure you follow the instructions to use the Shell to unpack the latest versions. There are altivec and non-altivec versions, which means you can use ffplay and ffmpeg on AmigaOne X1000 (Altivec) or X5000 (non-altivec) without a problem. I copied the programs to c: so they are available anywhere I want to launch from.

You step through the menus via a text sequence in an Amiga shell, able to search or browse to find programs you want. 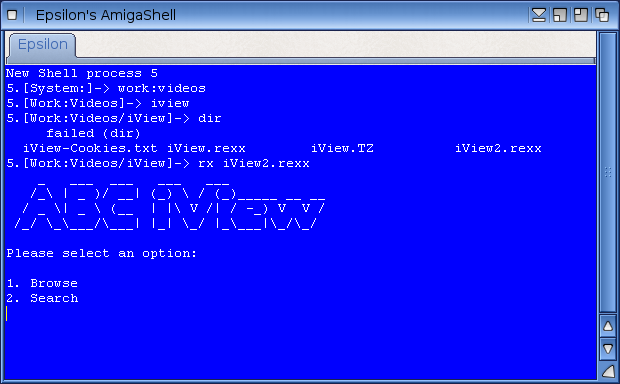 Once a program is chosen, you can choose the resolution to stream the video at: 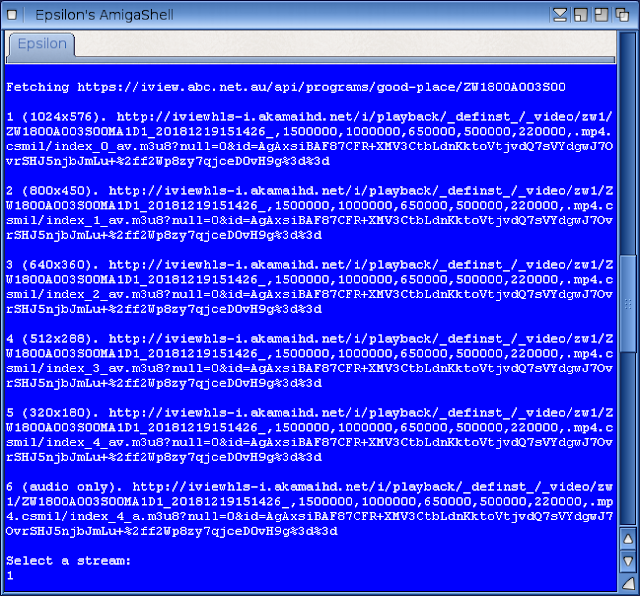 The script then launches ffplay and shows the content! You can (in theory) modify the script to launch ffplay in full screen, and other options too.

Here is one of my favourite shows at the moment, The Good Place, streaming well on my X5000: 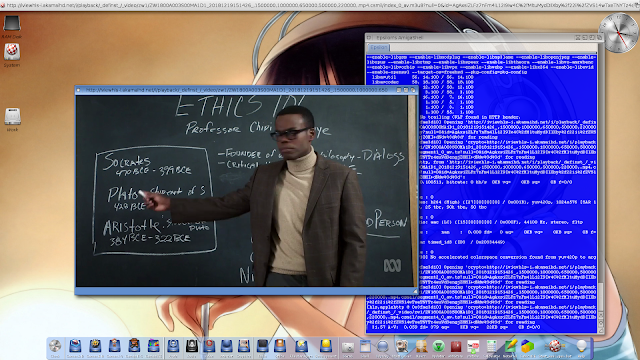 I binge watched The Good Place seasons 1 to 3 on Netflix, bought the DVD's because I really enjoyed it, and now you can watch it on Free to air (ABC) - and no, I don't work for Netflix or the company that made it! Just a fan! 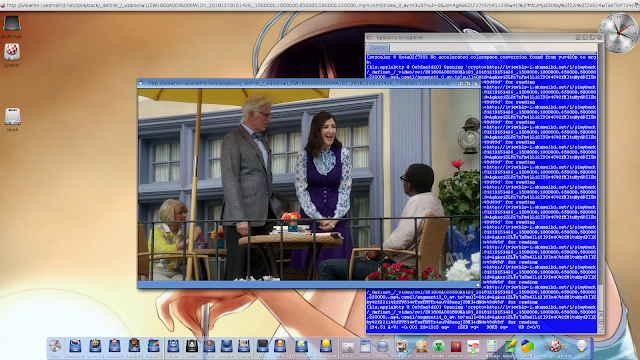 This ABC iView streaming development is maybe not so interesting for people not in Australia (I am not sure you can view it from outside AU without a VPN), but it is very exciting if you are here! 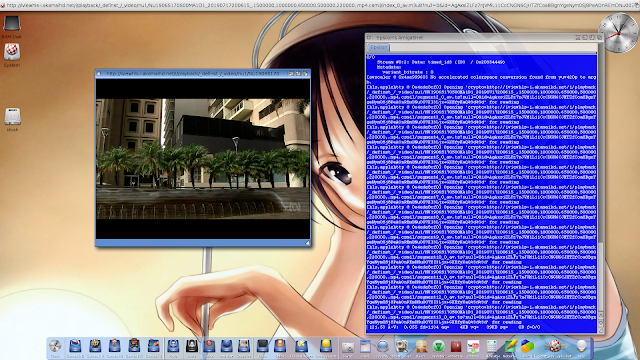 I even watched 'Mad as Hell' featuring the often funny Shaun Micallef (originally from Adelaide): 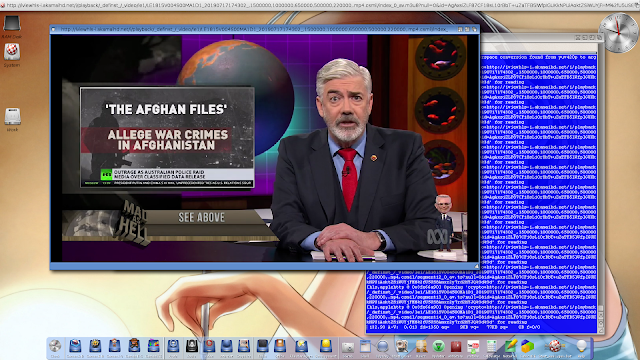 Next I tried out using the latest ffmpeg to download the streaming programs to hard disk on my AmigaOne X5000! It works!

To do this I need to use the iview script first to get the required header and URL for the video - I then copy the relevant part (as shown below) from the script executed into a text editor: 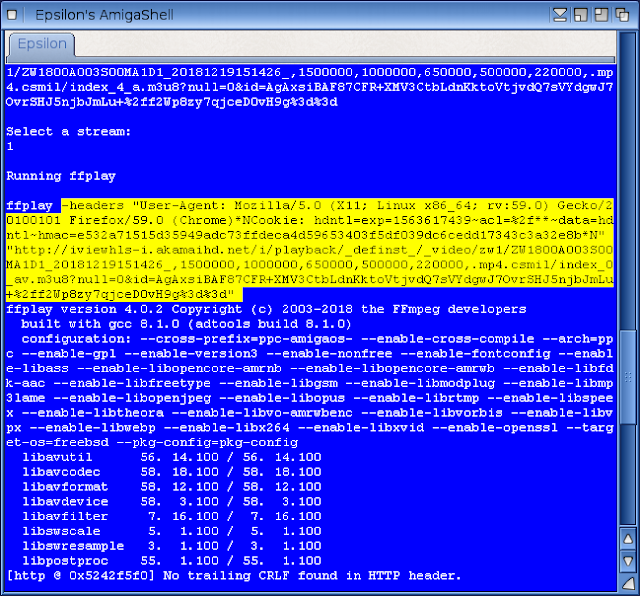 In the text editor I next need to add ffmpeg to the beginning, -i in front of the URL and add -c copy <outputfile.mp4> to the end, as shown in this example below. I put some line feeds in so you can read it easily, but in reality this should all be on the one line:

I then feed this line into the AmigaShell and the program downloads to my X5000: 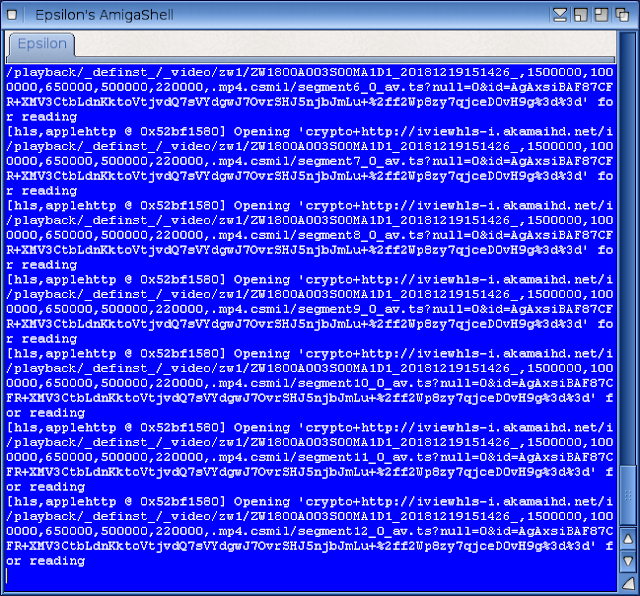 With that completed successfully, I then checked the file in the drawer and it is there: 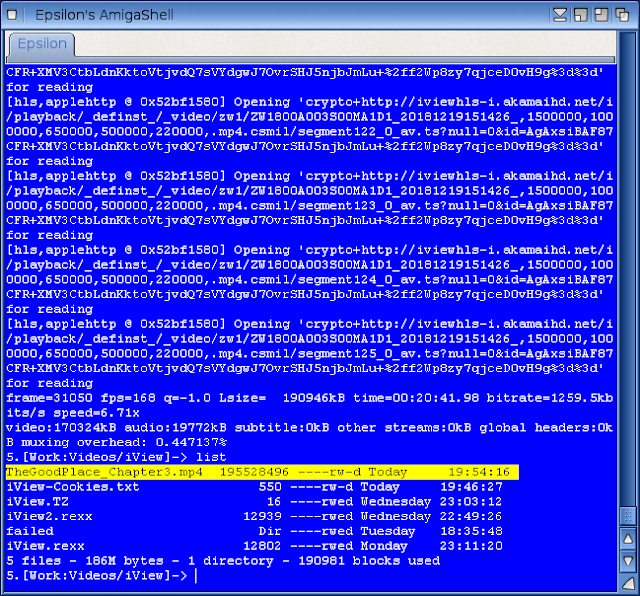 I then opened it in Mplayer, using the MPlayerGUI, both also updated on os4depot recently so grab the latest versions! 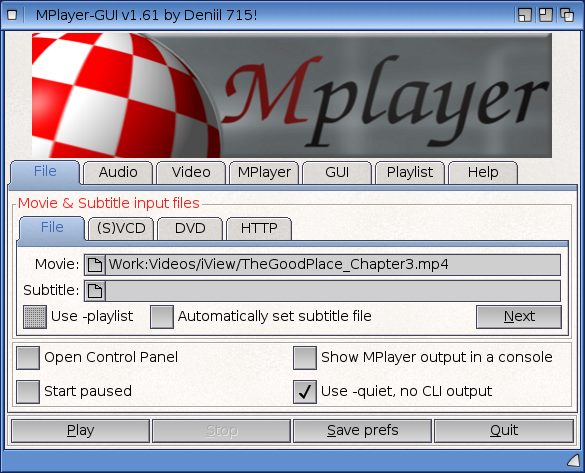 The resultant downloaded file worked perfectly and played back great! 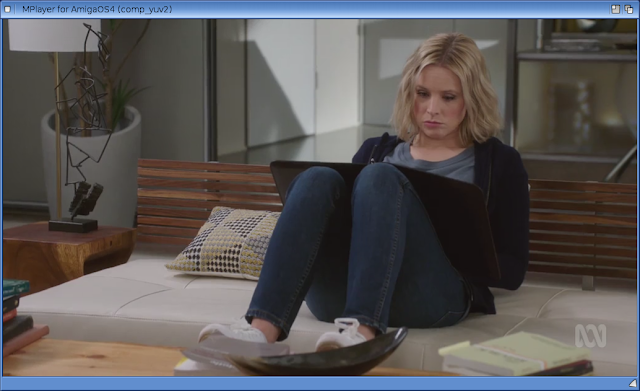 As mentioned, the new version of the script should be available on os4depot in the not too distant future. Thanks to MickJT for his work in making this happen!