Today I wanted to take a look at the recently released game called Skill Grid by Retream, available for Classic Amiga AGA systems. 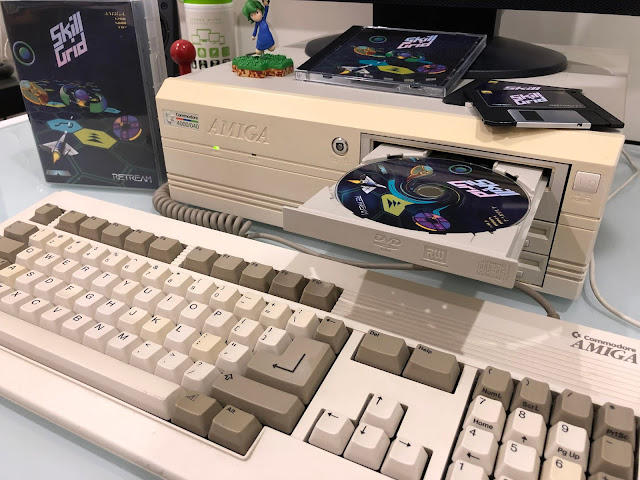 The game is available for purchase from RGCD. I have bought many games for C64 cartridge from RGCD and they focus on producing wonderful packaging for their games.

In 2019 they released Powerglove and Tigerclaw for Classic Amiga, covered briefly in my blog here. For Skill Grid they once again did a great boxed product: 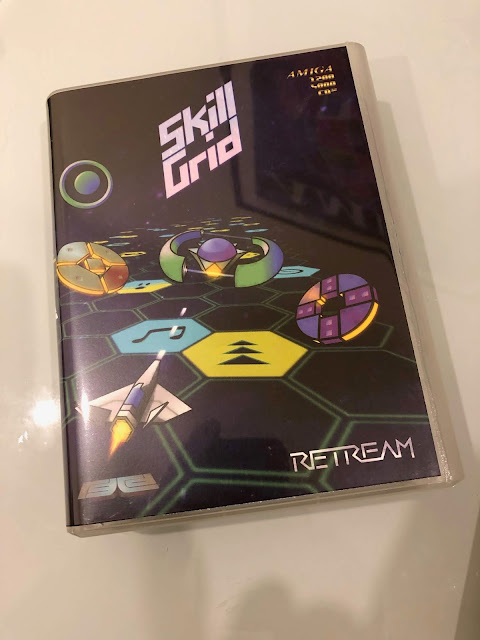 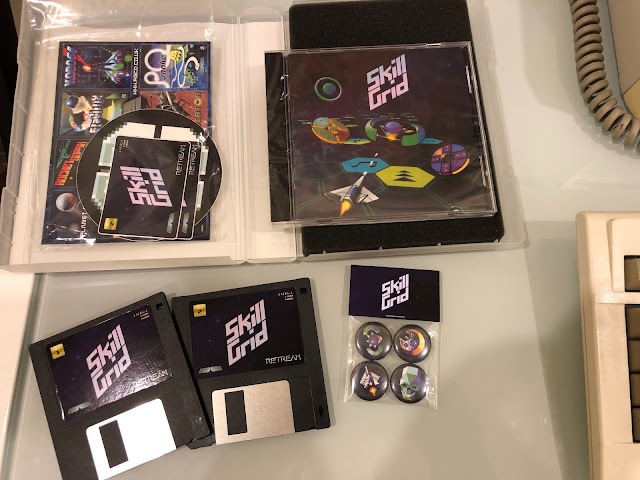 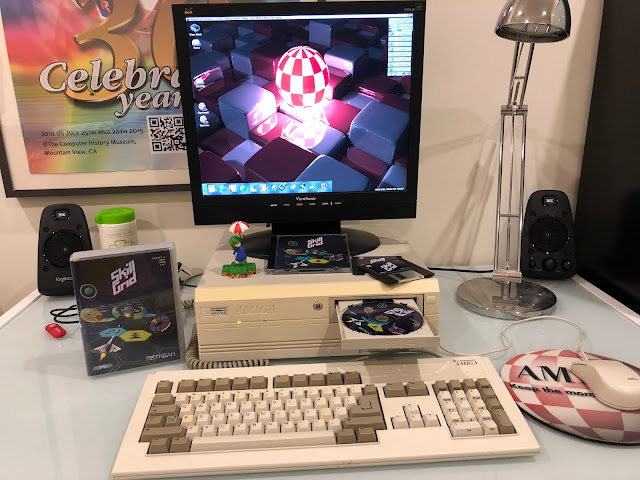 Instructions for the game are included with the software on the CD: 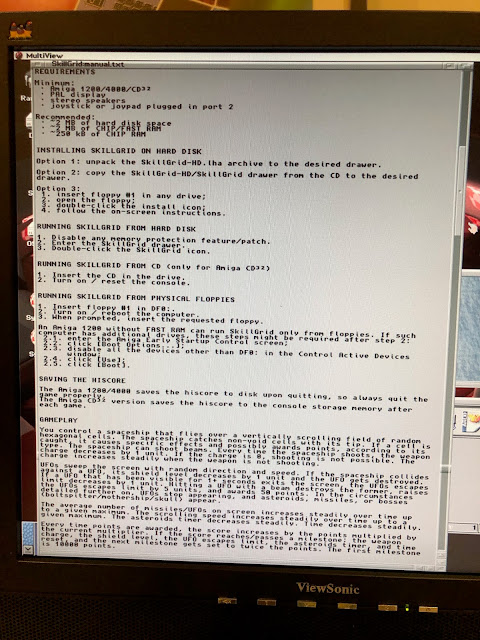 The tricky part of this game is the positive and negative bonuses which affect your game in different ways. They constantly appear during play and you have to collect as many of the "positive" ones as you can while avoiding the negative ones! The manual below outlines the various bonuses to collect and their purpose. 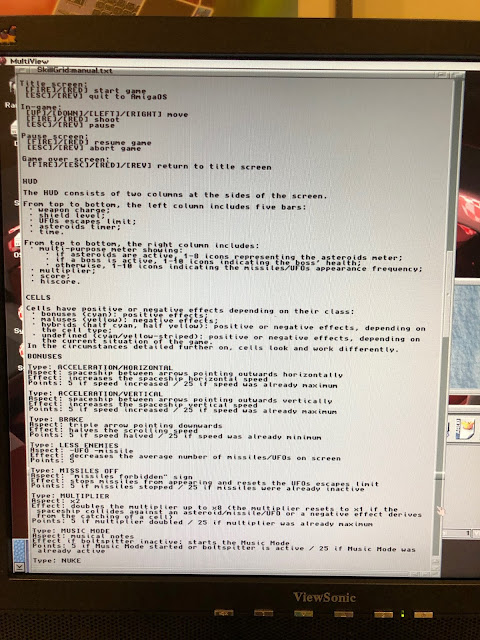 I found with Retream games you do need to read the manual as they implement some interesting concepts in their games that you need to understand better in order to score well in the game (not just survive!)

The CD includes a HD install version you can just copy to the hard disk and launch. Here is the Skill Grid Title screen on my Amiga 4000: 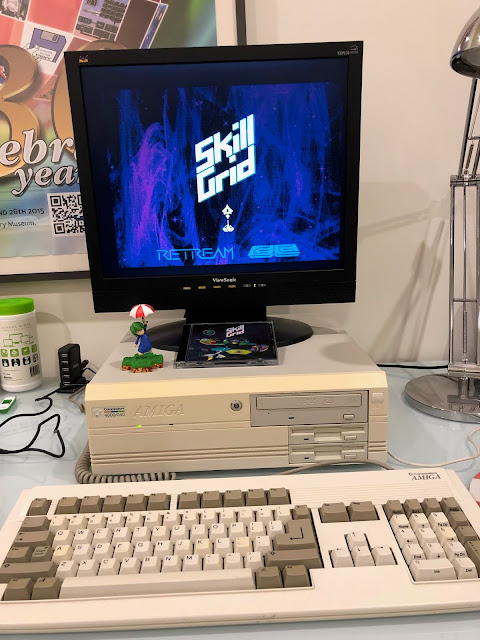 The game moves fast as it is vertical scrolling shoot em up - but the positive and negative bonuses are a key part of the game play, and separate it from the average shooter that provides occasional power upgrades for your craft. You will likely die very quickly in this game, and often, as I did! 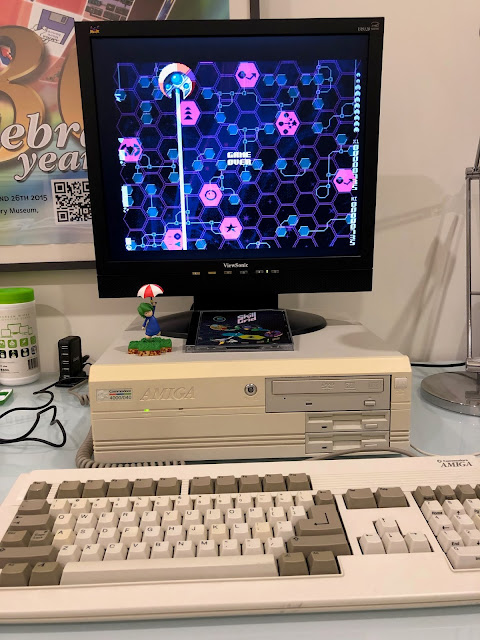 As you start it is quiet enough... 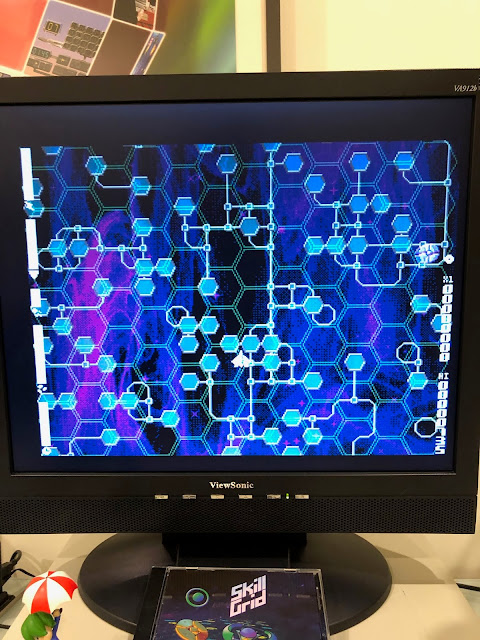 It starts getting busier though as the positive and negative bonuses start filling the screen, along with enemies to shoot/avoid. 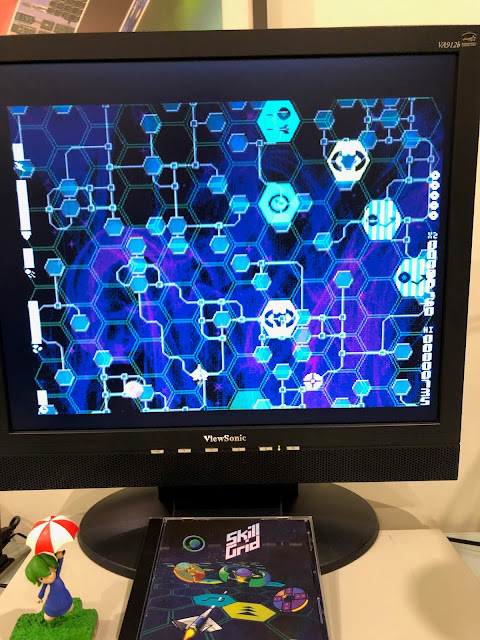 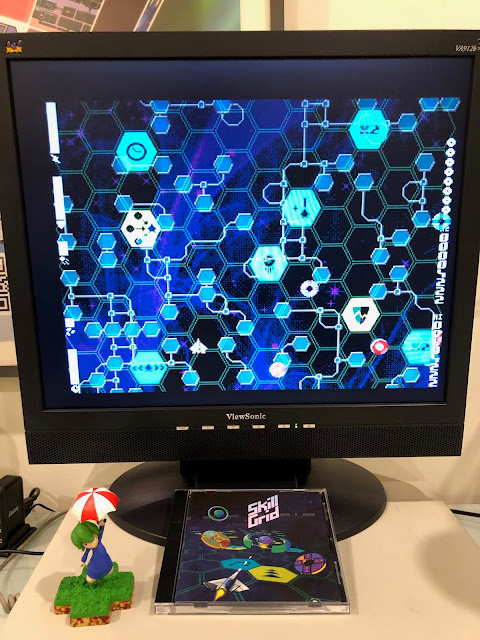 I am afraid I am not very good at this game so I couldn't explore it as far as I was hoping to, but I keep on trying. Yep. Died again. 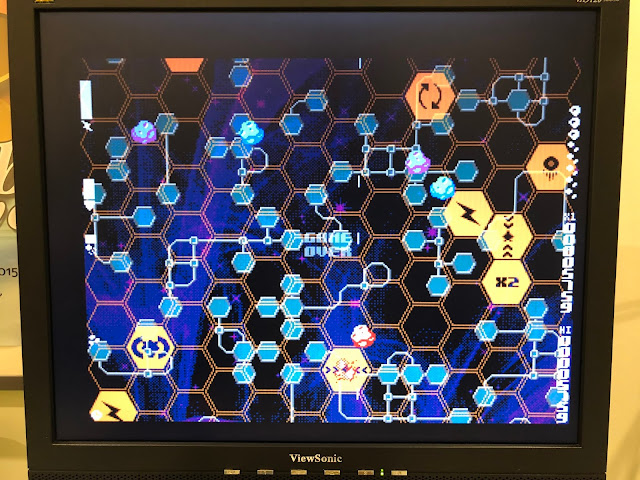 I also tested Skill Grid on my repaired Amiga CD32, and it works very well on it. I think the game is better suited to the CD32 controller to be honest! 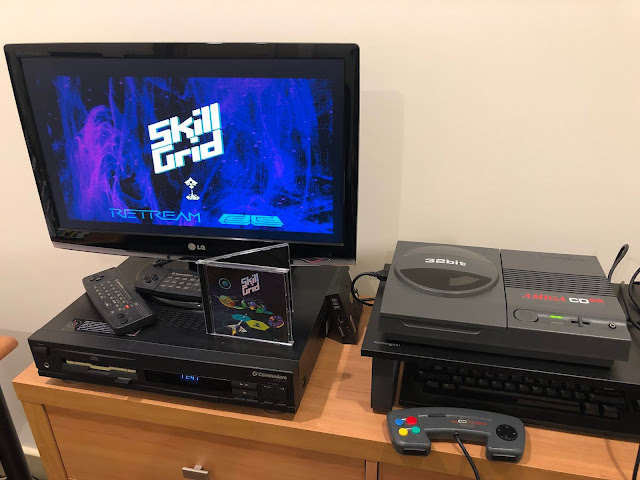 Skill Grid is an interesting concept, and surprisingly difficult game to make progress in! That said my shoot em up skills are not what they used to be in 2019! YMMV.

The graphics and sound are good and music is ok too.

Definitely give it go!