The Amiga has an illustrious gaming past - so many classic games released - Lemmings, Speedball, Populous, Lotus Trilogy, Mega Lo Mania, Kick-Off 2, R-Type, Blood Money, Nitro, Cannon Fodder and so many more...I am sure you have your own top ten favourites!

I was a fan of Amiga PD Games too, my favourite being Larn - the Amiga version being the only graphical version of this game to my knowledge and great fun to play.

I still play these classic Amiga games these days, now using RunInUae on the AmigaOne X1000.

When Commodore went bankrupt in 1994, games continued to be released for the Amiga at a slower pace well into the early 2000's, and then the games basically dried up as nearly all game developers deserted the Amiga completely.

Some of the later original released games like Capital Punishment, Worms Directors Cut, Burnout, Nightlong, Uropa 2, Alien Breed 3D2, Napalm, Nightlong, Foundation, AmiJewelled and Simon the Sorceror II (amongst others) were all great games, sadly missed by many classic Amiga users who left well before they were released.

For a computer with such a great gaming history, it seems very sad this current state of affairs of gaming on Amiga.

With AmigaOS 4 on the Amiga X1000, most of the games released recently have been ports of older games open sourced from the PC or Linux like Quake, Doom, Descent, Hexen, ScummVM, Starcraft, TuxRacer, etc. Some of these ports are restricted from running at their best by the current lack of OpenGL support in the video drivers on the X1000. Hopefully this will be fixed soon - I know the Hyperion team is hard at work on the 3D video drivers for the X1000 as I write this.

Don't get me wrong, I am grateful to have these games on Amiga.

However, I really want to play new games on AmigaOne X1000 under AmigaOS4 now! To that end I want to start drawing attention to some of the newer games being written and released quietly across the internet.

Recently I learnt about a game written by Hugues Nouvel called 1941 Extreme Deluxe 2, which runs on Classic Amigas and Amiga OS4 using an SDL based game engine - it costs less than 2 Euro to buy! 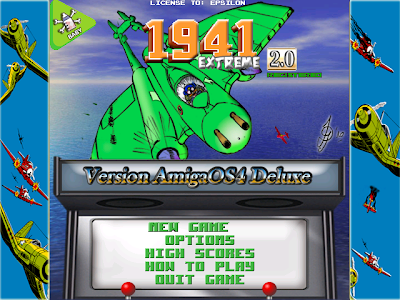 Of course I registered my copy of the game - when you do this, you receive a key via email which you put in the game folder to unlock the demo to the full version.

You can get the time-limited demo of 1941 Extreme Deluxe 2 to try out, and perhaps try some of the other games he is working on (like Zelda Mystery of Solarus) from here!

1941 Extreme Deluxe 2 is basically the old 1980's arcade game 1941 re-worked for 2012. It is a typical classic shoot em up, so there is not much plot involved - shoot everything that moves. The game supports two player mode as well as 1 player, and the support of the use of a USB joystick is very welcome. It also can auto update itself upon launch if there is an update available. The current version at time of writing is 2.0.5. 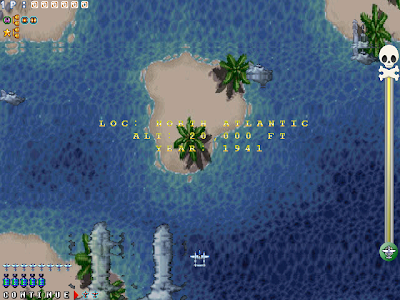 I can say from playing it that it starts easy, but gets hard quickly! My shoot em up skills are not what they used to be! It's good fun, the music is great and it is a steal for the price! 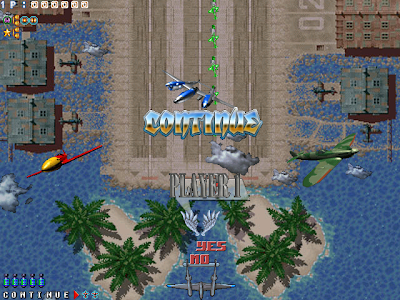 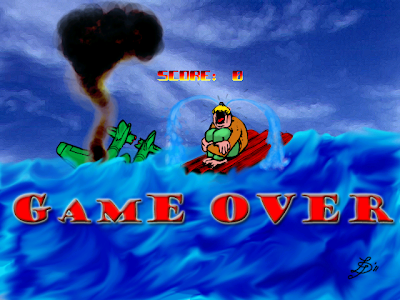 Please give it a go and if you like it please register the game and support people who develop games for AmigaOS 4.