Today, since it is the weekend, I wanted to try out a game written on AmigaOS4 called Swamp Defense. 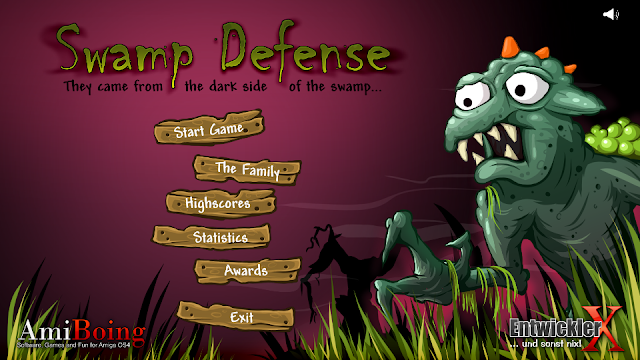 It is written by a bunch of guys known as AmiBoing. Their website is at http://www.amiboing.de if you are interested to know more about it or their other games.

I was pointed in their direction by a reader of my blog who was kind enough to point out another maker of commercial AmigaOS4 games!

Note that you need to be registered on AmiBoing's website to be able to purchase the games they have, and also this registered profile is needed to put your highscores up on the AmiBoing website as you play. So if you check this website you should see my activity playing this game! It's quite addictive and hooks you in slowly as you realise there is a lot more to it than at first glance!

The game can be played offline or online. If online, then you login to the game at startup using your profile name and password you used on the AmiBoing website.

In summary the game is 2D and viewed from above. It consists of a series of maps you need to complete. Each map has one clear route (left of screen to right of screen) which a number of different aliens take in separate waves. The route changes with each map. You need to stop the aliens from reaching the end of the route, which require you to place various people with different levels of weapons at key points along the route to shoot them. You clear the first map when you have cleared 20 waves of aliens. The next map is 30 waves, and so on.

You get money for each alien you kill, which can then be used to add additional people or upgrade the weapons people can use, depending on what kind of person they are - the people in the game are shown below: 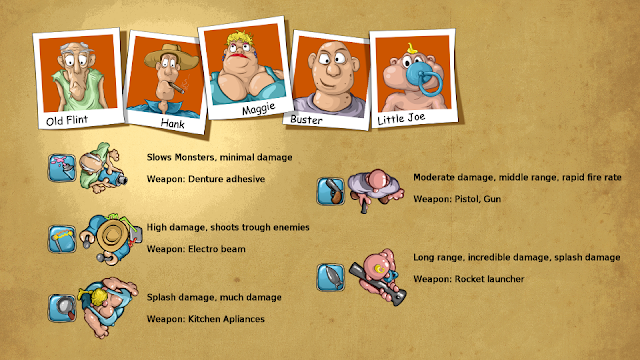 In the game for some reason they refer to the people as "Towers", but I prefer people myself since that is what they are!

Positioning of people along the route is crucial to how successful the kills are. People have a certain range that they can fire at the aliens and no further. For example, locating people inside a turn where they can twice at the aliens delivers better results than people positioned on the outside of a straight piece of the route where they can only fire once.

Below is a typical wave in the first map: 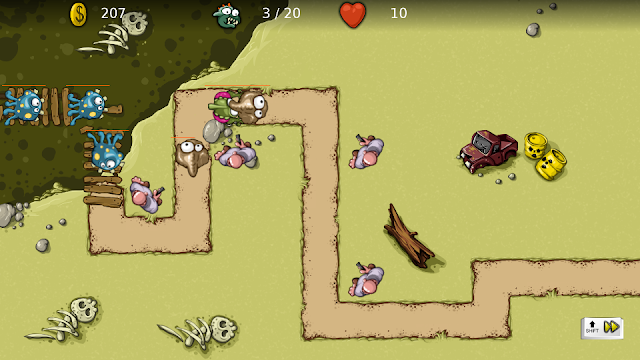 You start off with Health of 10, which goes down by 1 for each alien you fail to stop reaching the end of the route on the map. For the larger aliens, it goes down by 2.

Each alien has a health level (shown in orange above the alien) which goes down relative to the weapon strength of each person shooting the alien along the route of the map.

If you want to (and you have enough money) you can upgrade the weapons on a person, or sell that person to use the money to buy a different person you may need in that location (or elsewhere). You just click on the person like in the screenshot below to see the options you have. In this case I can sell that person for $80 or upgrade their weapons to the next level for $200: 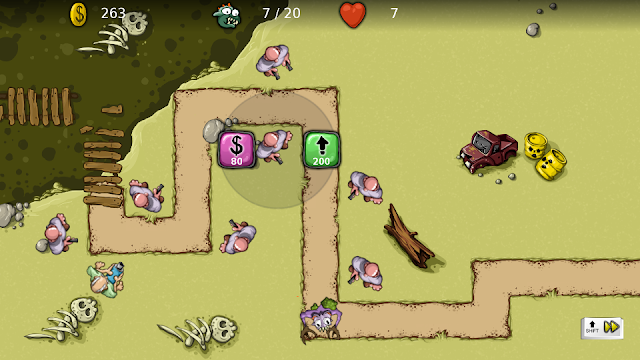 You can click on a blank area (some areas you cannot place people), and place another person. In the screenshot below you can see that I can add someone who fires a pistol, kitchen appliances, electro beam, and rocket launcher. They all do different levels of damage to the aliens and they costs money accordingly. You can also buy a person who fires denture adhesive (hmmm...I would have called it glue!), which slows down the aliens for a section of the route which allows more hits. (The next screenshot shows this well) 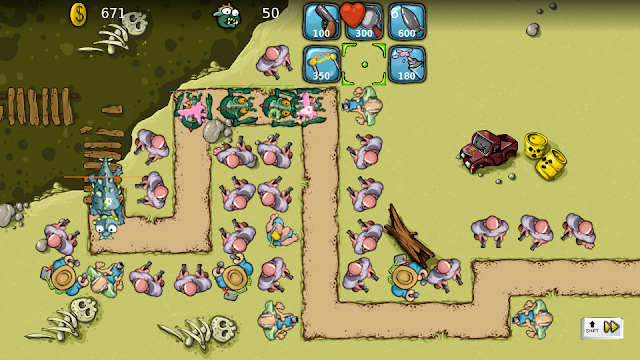 If you get through all the waves in a map you unlock the next map. Initially only the first map is unlocked: 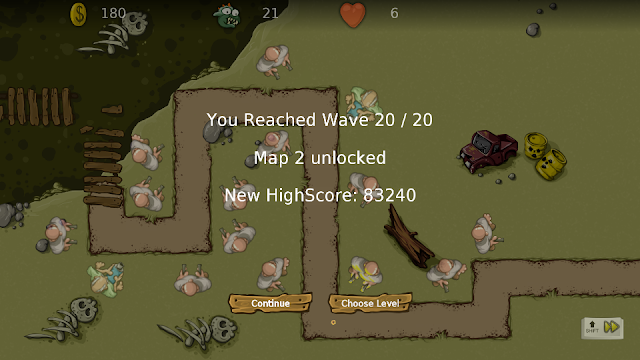 If you are playing online, your highscores are uploaded to the Amiboing website as you play and you can view the highscores for the game for all players globally from the game, which is great to see how you are going! From the screenshot below I clearly have a long way to go! 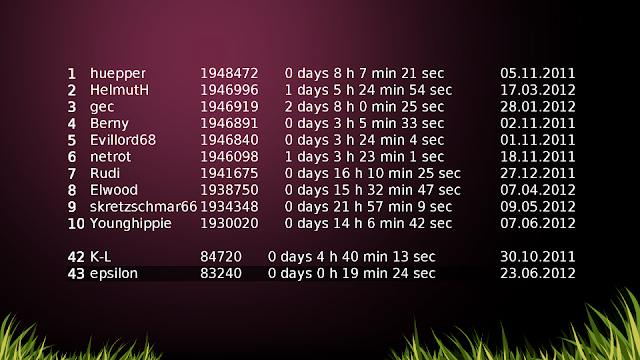 In addition, you can achieve various Awards in the game which appear during the game as they are earned - there are quite a few to get, as shown below: 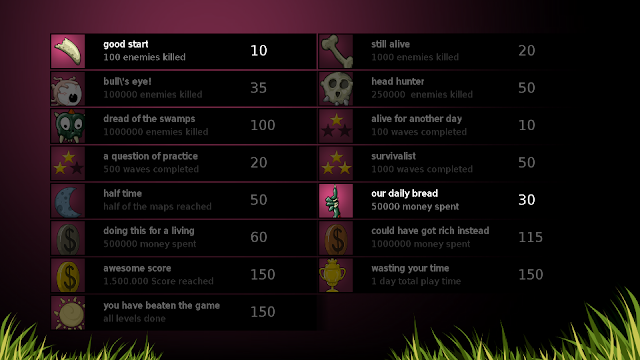 I have also filmed a video below on YouTube from my iPhone 4 of the gameplay if you are interested in seeing how it runs on the AmigaOne X1000!

As mentioned in the video you can change the game configuration (via a separate Config program) to run in a Workbench window or full screen in the resolution of your choice. I ran it in 1920x1080 and it looks great - very crisp graphics.

My only small complaint is not with the game itself - it is with the Config program. On the AmigaOne X1000 anyway, it tends to "crash" when saving the settings for a second time - for example, changing between full screen and then windowed mode. It does this consistently. When I do this, the program stops me closing the config program or opening any other preferences program in the workbench too until I reboot the computer! Hopefully this can be fixed in an update, but fortunately it's a separate program to the game and so it doesn't spoil the game itself.

It costs 20 Euro to register the Swamp Defense game, and for that you also get another free game included called River Pirates. I will take a look at this game in another post later on.

I think it is worth the price - it is a polished game with a lot to it, and I certainly enjoyed playing an AmigaOS4 game. Thanks guys - more please!
- June 23, 2012