I decided to install an additional spare 500GB Sata Hard Disk in my AmigaOne X1000 to gain more space and a backup OS partition on a separate disk. (Actually the drive came originally from my Sam440EP which died a long time ago)

This meant for the first time today I opened the case on my X1000!

I wanted to share with you all what is involved in this process, and some very interesting things I found while doing it!

First I opened up the X1000 and took a few photos inside, starting with the side cover off: 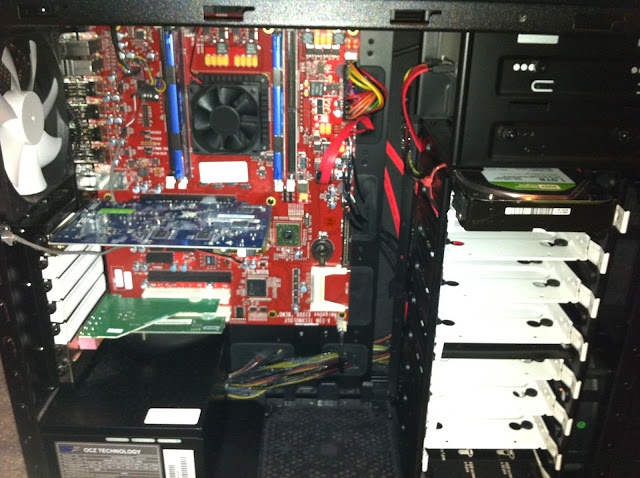 Next you can see the PA6T Processor with CPU cooler and two memory slots filled on each side. I noted that a lot of hot glue has been used on most of the cable connectors and expansion cards to (presumably) stop them moving in transit to Australia. 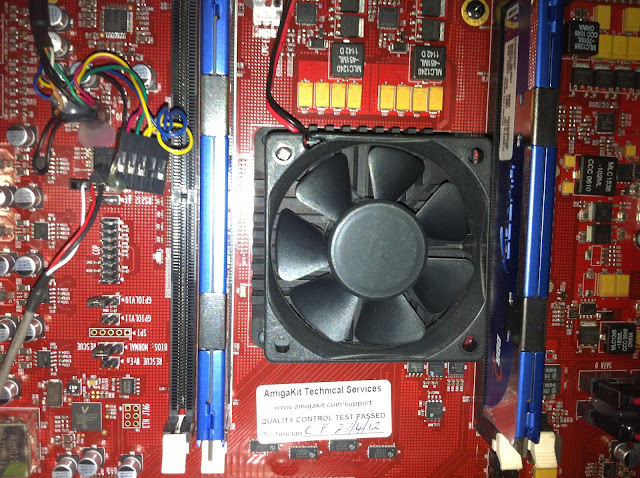 Next you can see the CF card slot and Motherboard "Nemo" v2.1 designation. You can use the CF slot to put Boot image files on CF Card to run Linux on the X1000, but for me this is an Amiga - so my X1000 runs AmigaOS4 only: 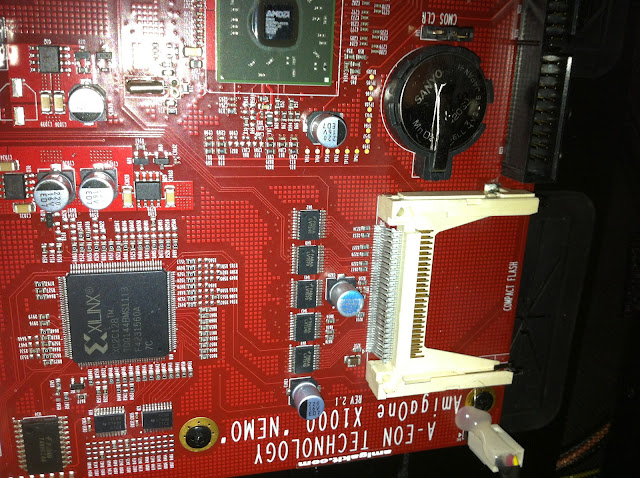 Below shows the Radeon PCI-E R700 Video Card, and the SB128 and Ethernet PCI Cards. After seeing that both PCI slots are full, I realised that I can't put in my Radeon 9250 PCI Card to get Warp3D driver support (!!) as there are no PCI slots available in the X1000 until there are drivers for the X1000 Motherboard soundcard and ethernet port, which currently cannot be used: 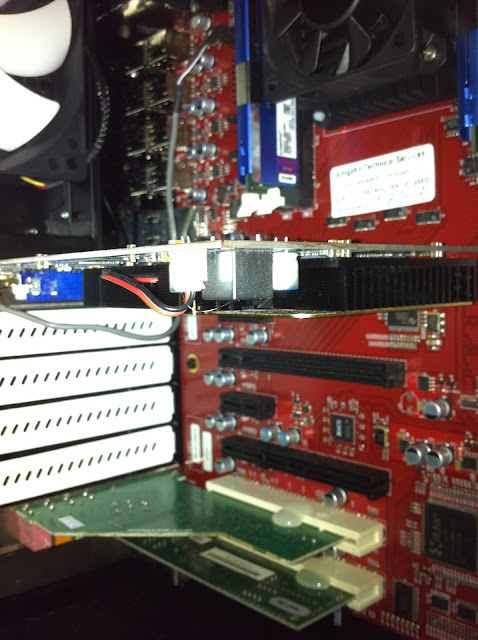 This is a shot of the opposite side of the case with the side taken off. I needed to take this off to route the SATA cable and SATA power from the bundle hidden here: 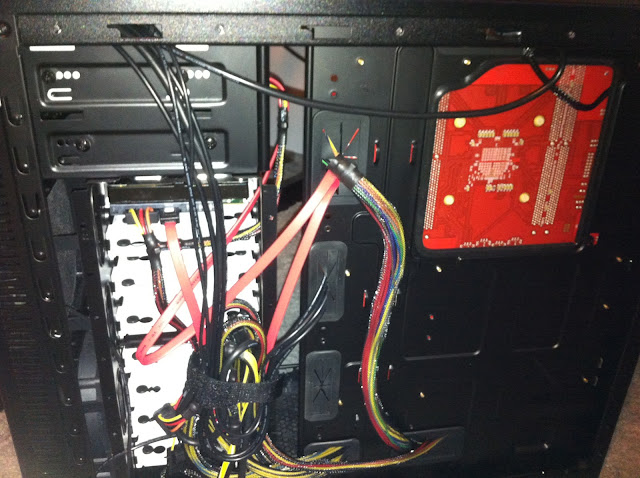 So next I took out one of the removable metal hard disk trays and attached my 500GB Sata disk as below: 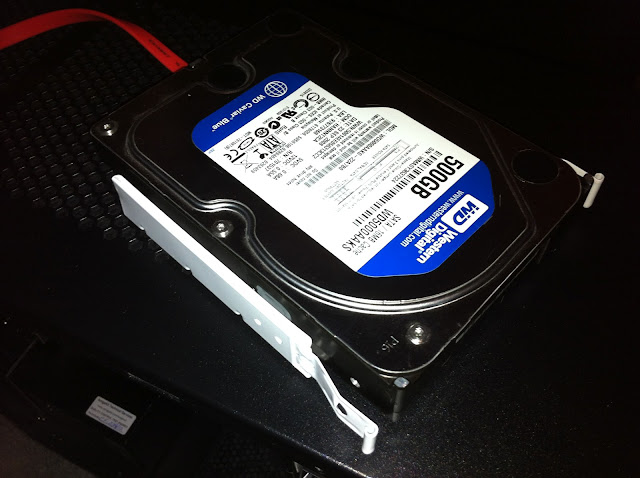 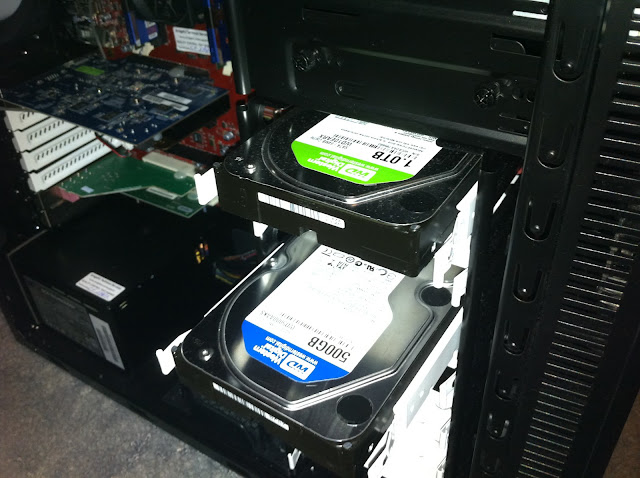 I then put everything back together and powered on. All was good, and the system booted as normal, ready for me to do the Hard Disk preparation. This meant learning a bit about the new Media Toolbox program, which replaces the old HD Toolbox.

Media Toolbox is located in the System folder: 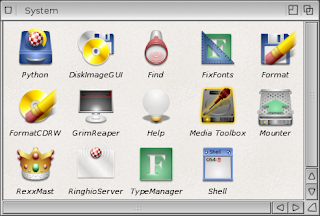 After loading Media Toolbox, much like the old HD Toolbox, it prompts you for which device you want to manage, which is sb600sata.device: 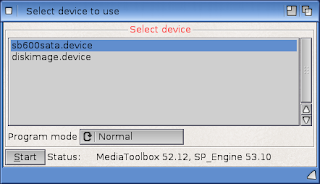 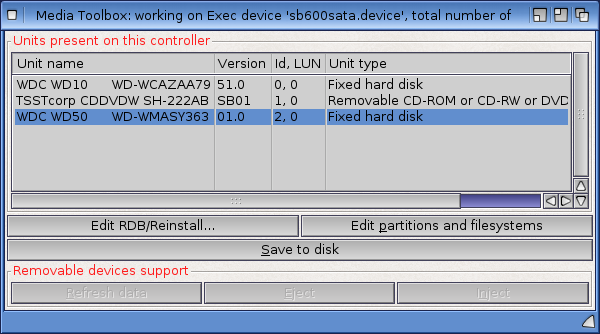 Out of curiosity I wanted to check the setup of the 1TB hard disk first (setup by AmigaKit), which looks like this:

Interesting things I see here! First, a secret hidden partition BDH0 is listed of 116MB, running FastFileSystem (DOS\07)...basically it is not mounted automatically, which is why it is not visible. From reading in the forums and mounting this partition using the mounter utility this partition contains amiga_boot.of file only, which is used by the CFE BIOS to boot AmigaOS4.

The second thing I noticed - I found that the 1TB Hard disk was not being fully utilised! There was 229GB of space unpartitioned! Not sure if anyone had this on their First Contact X1000 too, but it sure surprised me! I can't see any reason for this unless you want to run Linux on it - I want to use the space for AmigaOS4 and I fixed it below, adding a new DH2 partition with SmartFileSystem2 (SFS\02) over the remaining space without touching the other partitions on the 1TB disk:

I then accepted the changes and clicked Save to Disk on both disks to commit the changes to disk. Because none of these partitions or disks was currently mounted, I didn't need to reboot.

Next I mounted the hidden BDH3, DH3 and DH4 through the Mounter utility, which is also in the System folder. Just double click on the drive, and then select the partitions you want to mount and click Mount to see them on the Workbench, ready to be formatted:

Now I formatted the BDH3 drive, and the other drives in turn until all were formatted (Click to Expand): 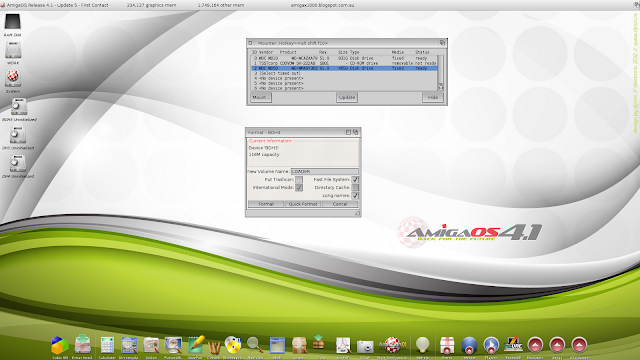 After this I then copied the amiga_boot.of file to the BDH3 drive, and backed up my System: drive (DH0) to DH3 and started copying files to the other drives now available: 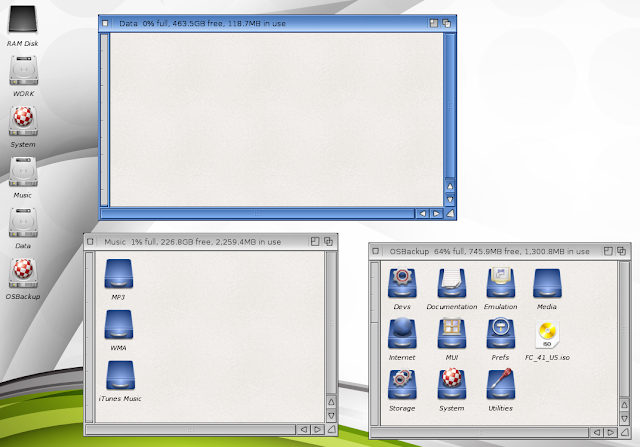 It was fun to do this - I am glad to have much more space and a full backup now, and I learnt some interesting things about my X1000 along the way too!